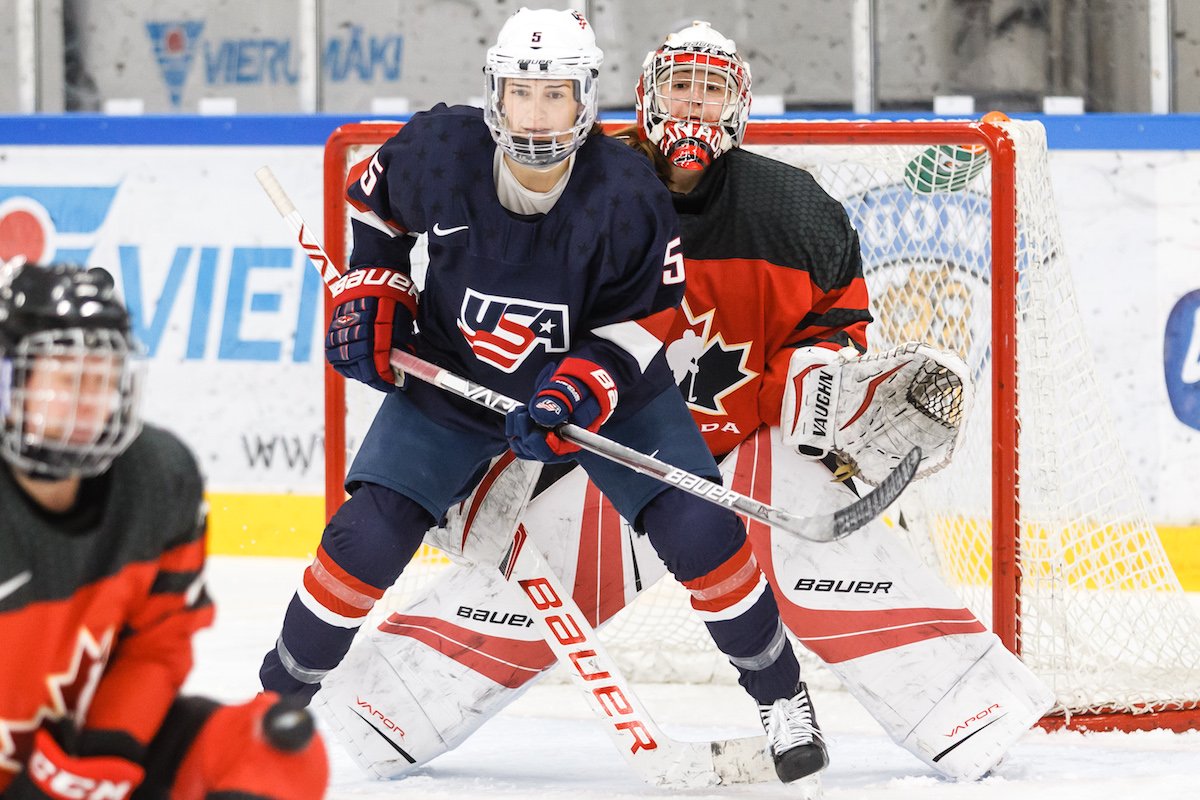 Tara Watchorn, Jenn Wakefield, and Jamie Lee Rattray did not play for Canada. Both Watchorn and Rattray played in the previous match, but Wakefield did not.

It took Canada less than four minutes to take the lead, thanks to Poulin. The captain converted a pass from Natalie Spooner for the 1-0 lead. Canada's quick dominance pressures the US, but it didn't take long for the Americans to recover. Almost 17 minutes into the first, Emily Pfalzer tied the game on a tricky rebound shot. Just 1:19 later Hilary Knight gave USA the lead.

The teams played to a scoreless second, but Canada tied it in the third frame on a laser from Laura Stacey. But the USA took over just a minute later when Brianna Decker took a shot from the top of the slot for the 3-2 advantage, after a zone entry that was only questionably just onside. Then, Knight darted towards the crease and slid across to beat Maschmeyer glove side for the 4-2 lead. Kelli Stack added the insurance goal less than 2 minutes later later.

Canada, which spent much of the game chasing after USA's forwards, cut the score to 5-3 with 40 seconds left and their goaltender pulled. Poulin scored the extra-attacker tally, but it was too little too late for Team Canada.