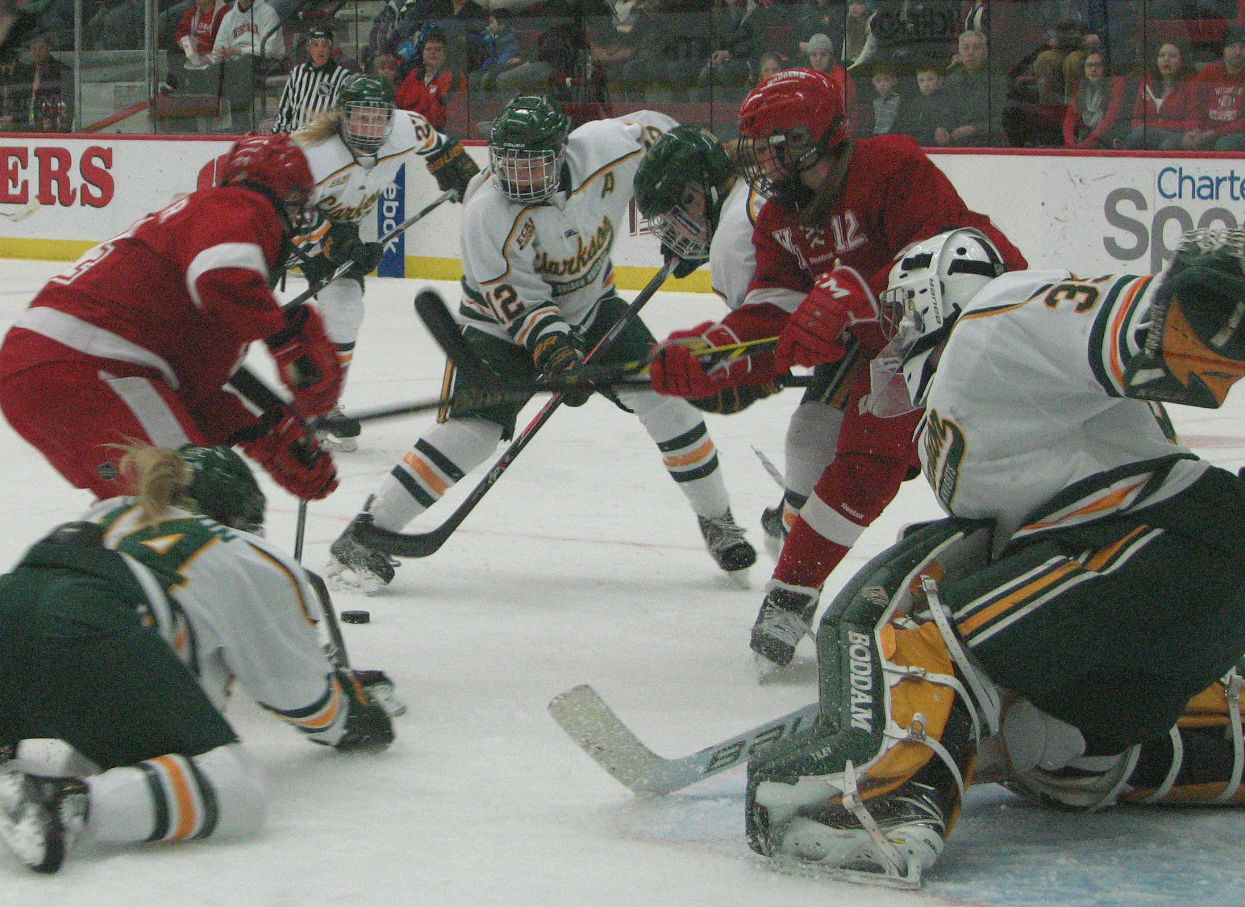 Friday and Saturday at 3 PM ET

The Badgers stumbled a bit last weekend when they tied Ohio State on Saturday. Clarkson lost and tied with St. Lawrence. It's not how either team planned the start of their season to go, so both will have something to prove in this series.

The two teams met two seasons ago in Madison, tying 1-1 in the first game with the Badgers getting a 4-0 victory in the second.

Expect the goalies to be a big part of how this series turns out. There aren't many records Wisconsin's Ann-Renée Desbiens hadn't beaten at this point last year, but Clarkson's Shea Tiley was also near the top of the league in all goaltending categories.

The Badgers struggled to put the puck away at home last weekend, and facing Tiley isn't likely to help them light the lamp very often. But if they can get a quick goal -- something they tend to do -- it should help loosen them up and allow them to shake off any lingering doubts.

It's incredibly difficult to pick against Minnesota at any time and especially when they're coming off a loss. Pride and position are on the line for the Gophers, and it's hard to think that they'll let another game slip though their grasp.

But if there's any team hungrier than they are for the win, it's probably UMD. The Bulldogs have had a dream start to their season. The Gophers are their rivals and the two teams haven't been at a competitive balance in recent years. A win against Minnesota, in Minneapolis, would not only be a huge program boost for the Bulldogs, but would firmly cement them as "back" as opposed to just "up and coming." The win over Boston College certainly showed that UMD needs to be a part of the national conversation, but a win over Minnesota would show that the Bulldogs intend to be factors in the WCHA standings, as well.

↑Union -- Congratulations to the Dutchwomen on their first win of the season -- and since December 2014. It's a first step for the program...and likely won't be the last.

↓Boston University -- A loss to Vermont on Sunday saw the Terriers drop off this week's polls.

↑Ann-Renée Desbiens -- The Badger goalie's shutout on Friday was the 40th of her career, earning her the Wisconsin career shutout record. She displaced former USA goalie Jessie Vetter.