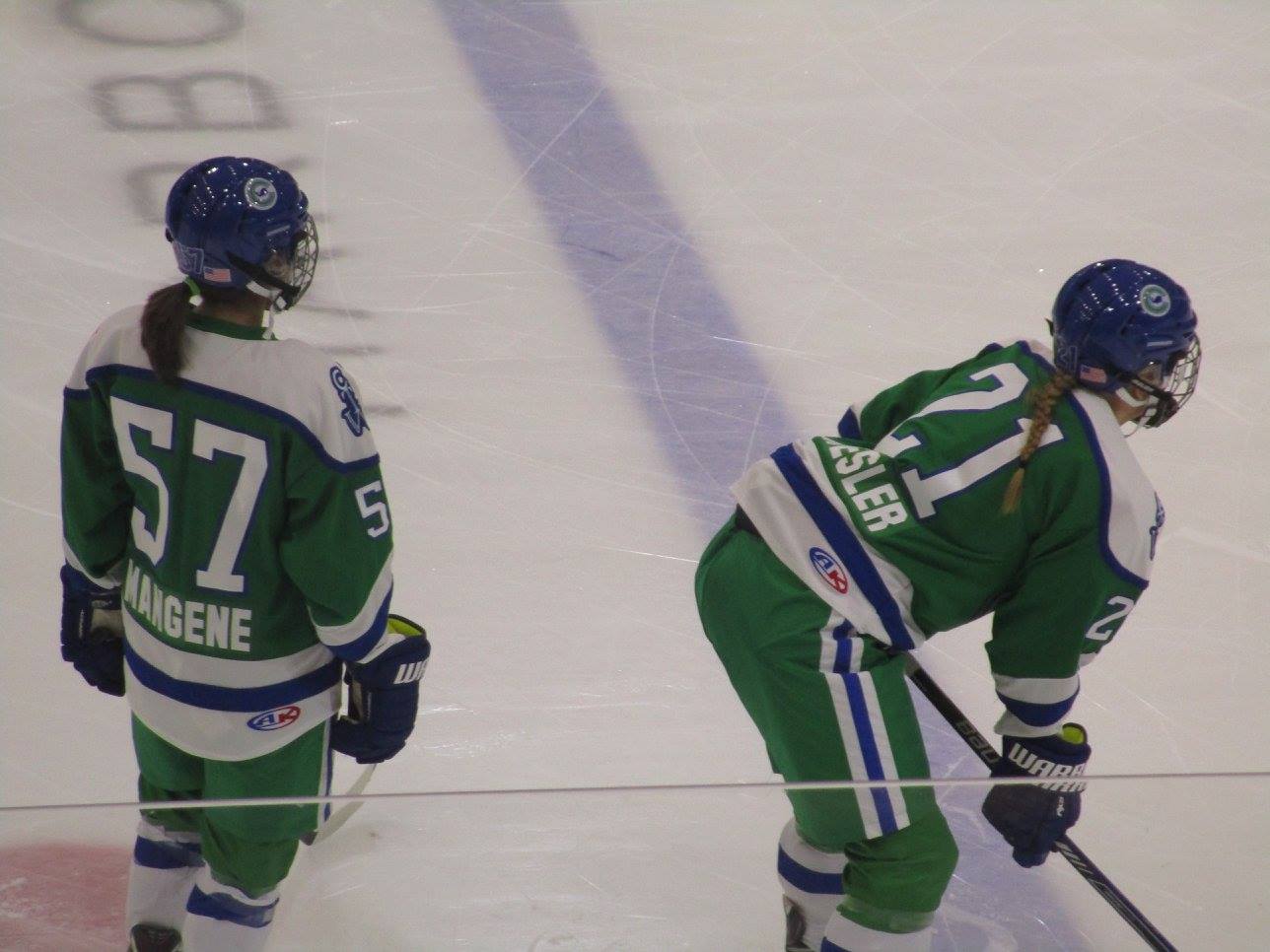 Boston Goes Up 3-0 on the Season in a Shootout

The Boston Pride remained perfect on the year by narrowly edging out the Buffalo Beauts in a shootout on Saturday evening at Warrior Ice Arena in front of a sold-out crowd.

Brianne McLaughlin made the difference throughout the game, making a total of 41 saves on 42 shots through regulation and overtime, including 14 saves in the first period alone. The opening frame featured end-to-end chances for both teams, but no scoring.

Third-year pro Jordan Smelker buried the first goal of the game for Boston. She streaked into scoring position in the slot and took a feed from Brianna Decker at the goal line.

Boston would continue to outshoot Buffalo and Brittany Ott at times looked unbeatable. However, the Pride got themselves into some penalty trouble in the final period, which gave the Beauts a chance to creep back into the game. They had a decent power play two minutes into the third in terms of possession, but had trouble getting shots in on Ott.

They did get one through, though, on a later power play with time ticking down. Defender Lexi Bender was in the box, and the Pride failed to clear the zone after a faceoff win, collapsing along the boards and leaving the middle of the ice wide open, which gave Corinne Buie an opportunity to feed Sarah Casorso. Casorso's shot from the point found its way through to Ott, and Shiann Darkangelo was able to tip it home.

The score was still tied 1-1 after 5 minutes of 4-on-4 overtime, and the shootout proved to be a goaltender's duel. McLaughlin and Ott made save after save; notably, the Pride's Alex Carpenter missed well wide on her attempt. But Amanda Pelkey ended it; she got McLaughlin to open up her pads and put a laser beam through in the five-hole.

Darkangelo was a standout player for the Beauts in the loss, as she was responsible for 6 of the team's 17 shots and the only goal. Also notable were first-year NWHL blueliners Sarah Casorso and Lisa Chesson, who joined the Beauts as free agents this offseason and created a noticeable improvement in Buffalo's puck possession.

The Pride are still without star forward Hilary Knight, but they keep on trucking. Brianna Decker's pass to set up Smelker's goal was typical of the team's playing style, as it combines aggressive forechecking down low with skilled puck movement. Pelkey was a threat throughout the game and she got her payoff in the shootout.

There were a few hard hits throughout the game by both teams, but neither team was penalized for body checking. It seemed like once one hit was let go, it became harder to call the others. It will be interesting to see how this plays out throughout the year; many players have commented in the past that it can be hard to know where the line is in high-level women's hockey, including Kacey Bellamy, who delivered one memorable open-ice hit in this game.

The New York Riveters and Connecticut Whale headed into Sunday’s game knowing one thing for sure: one team would walk away with their first win of the season.

At the end of sixty minutes, that team would be the Connecticut Whale, capturing a 4-2 decision over the New York team in the Riveters’ home opener at Barnabas Health Hockey Center.

In front of a packed crowd, the Riveters opened the scoring just over seven minutes into the first period. Miye D’Oench potted her second goal of the season, putting the puck in stick-side behind Whale netminder Nicole Stock to give New York a 1-0 lead. Madison Packer and Ashley Johnston both notched their first points of the season with the helpers.

The Riveters then had two straight power-play opportunities, but failed to capitalize on either. Instead, it was soon Connecticut’s turn to get on the board.

With Madison Packer in the box for a hook, Connecticut struck on the power play, with Nicole Connery scoring her first NWHL goal. A scramble in front of the net and some quick stick work led to Connery’s goal, which tied the game at one. Nicole Kosta and Dana Trivigno both notched their first NWHL points with assists on the tally.

Less than three minutes later, it was the Whale’s turn to take the lead, again with a goal scored close-in on the net. Kosta scored her first NWHL goal, with Kelly Babstock and Molly Engstrom potting assists. Just like that, it was Connecticut’s game to lose.

The Riveters, who appear to be a much stronger team than last season, weren’t ready to lay down just yet. Courtney Burke tied the game at two by scoring her first career NWHL goal with less than two minutes to play in the opening frame. Rebecca Russo got the lone assist for her second of the season.

A strong second period – and another strong effort from Haley Skarupa - would be all that the Whale needed to seal the victory in Sunday’s matchup.

Skarupa notched primary assists on both of the Whale’s last two goals in Sunday’s victory, which gives her a league-leading six points on the season. Her three goals are top in the league, while her three assists are tied with Babstock for the league lead.

The Whale kicked off the middle frame with an even-strength tally less than a minute into the third period by Molly Engstrom, her first goal of the year. In addition to Skarupa’s assist, Kelli Stack also potted her first assist of the year.

A cross-ice pass attempt by the Riveters was intercepted, leading to a Whale rush. New York was able to force them out of the zone, but only for a short time. Connecticut quickly took it back in, and a pass from Skarupa on the side of the net to Engstrom in front (with a quick release on the shot) led to the goal.

Connecticut scored early in the second and then finished things off late in the period with Kelly Babstock’s second goal of the season. Ivana Bilic recorded her first NWHL point with the secondary assist. After a few chances by the Riveters, the Whale picked it up and Babstock blasted it into the net from just above the circle.

The Whale held onto their two-goal lead through the rest of the game to seal their first victory of the season.

New York’s lineup was without the offensive boosts of Amanda Kessel and Janine Weber, who were both sidelined with “minor injuries,” said head coach Chad Wiseman. With both of those players out, Taylor Holze and Gabie Figueroa (normally a defender) slotted into the lineup, both as forwards.

Captain Ashley Johnston required 13 stitches in her hand after being slashed in Sunday’s game, per her Twitter account.

Pro tip of the day: slashing can lead to finger tips getting detached #13stitches #dudewheresmyfinger

Riveters netminder Katie Fitzgerald saw her first NWHL start on Sunday; she had 34 saves in the loss. Her Whale equivalent, Nicole Stock, had 33 saves, including several tremendous ones, in the victory.

NWHL action continues this weekend with the Riveters facing the Pride in Boston on Saturday evening (6:30 PM), while the Whale visit the Beauts on Sunday for a 3:30 PM puck drop.