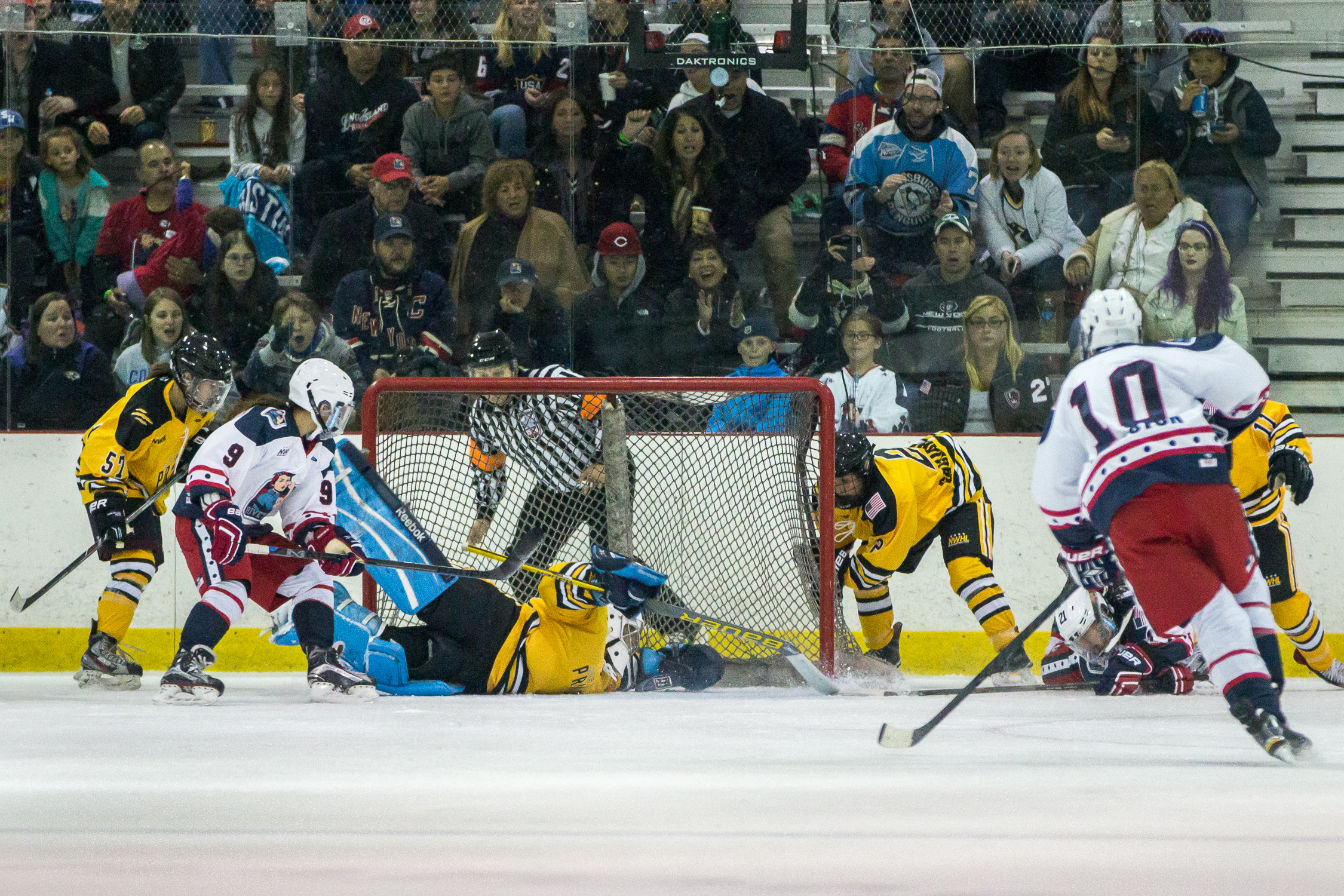 The highest seeded team versus the lowest seeded team can sometimes feel like a foregone conclusion in any playoff tournament, but the Riveters have a few victories to fall back on as they approach their series against the Boston Pride. The Pride managed to finish first in the NWHL after stopping the juggernaut that was the Connecticut Whale and gaining a few crucial points in the standings.

Boston is a "full package" team on paper, with some of the best players in the world available at every position. On the other hand, New York has found success this season when their goaltending has been solid and when they've been able to exploit mistakes by their opponents. Their offense has struggled. They've made up for that by being an aggressive team on the forecheck and trying to make themselves tough to play against. For the most part, they succeed.

However, they tend to get burned in transition. Ashley Johnston is a true number-one defender, a smart puck-mover and playmaker who is essential to most of their successful zone entries and zone exits. The ability of the rest of the blueliners to step up defensively will determine whether the Riveters have a chance in their three-game series against the Pride. They'll have to stop Hilary Knight and Brianna Decker, the league's two leading scorers, as well as an extremely mobile defense capable of setting up goals from every area of the ice. The Riveters haven't been terribly fortunate against the Pride as of late, in terms of stopping their transition game. They've lost to Boston by a combined score of 18 to 3 over the last three games they've played against them.

New York will also need to score on Brittany Ott, the league-leading goaltender in both goals against average and wins. Their offense has never really gotten rolling properly this season, and has primarily been bolstered by stellar goaltending. When their goaltending falters, so does the rest of the team, it seems.

In the matchup against the Pride, the Riveters have a simple gameplan -- come out hard and score first. They managed to stun Boston twice this season by seemingly catching them sleeping early, and those wins loom large on the Riveters' record as really the only times that they managed to play two consistent games in a row to beat a statistically better team. Boston is playing with a huge amount of confidence and offensive consistency now, though, which is a much different look than they were providing early in the year. The Pride's occasional weakness has been slow starts: both to the season and to games. The Riveters have much more severe ailments with their game; namely, a tendency to collapse suddenly and allow goals in bunches, especially after hiccups or missed chances early in games. They'll need flawless goaltending, and some sleeper threats throughout the lineup pitching in goals. If they can win one game of the series against Boston, it will be a huge victory.

The Riveters ended their season with a loss on Sunday night, but they also had some small victories to take with them into the postseason, namely their power play finally clicking against the Connecticut Whale's league-best penalty kill. They scored two goals on the advantage at key moments, and both were set up by Brooke Ammerman. New York's special teams gave them a chance to stay in the game.

Boston, on the other hand, ended their season with a win over the Buffalo Beauts, using their stellar goaltending and timely offense to pull ahead in a close game.

New York may surprise and win one game of the series, but it seems more likely that the Pride will have the same type of success scoring goals that they've had nearly all season on their way to the first Isobel Cup Finals.