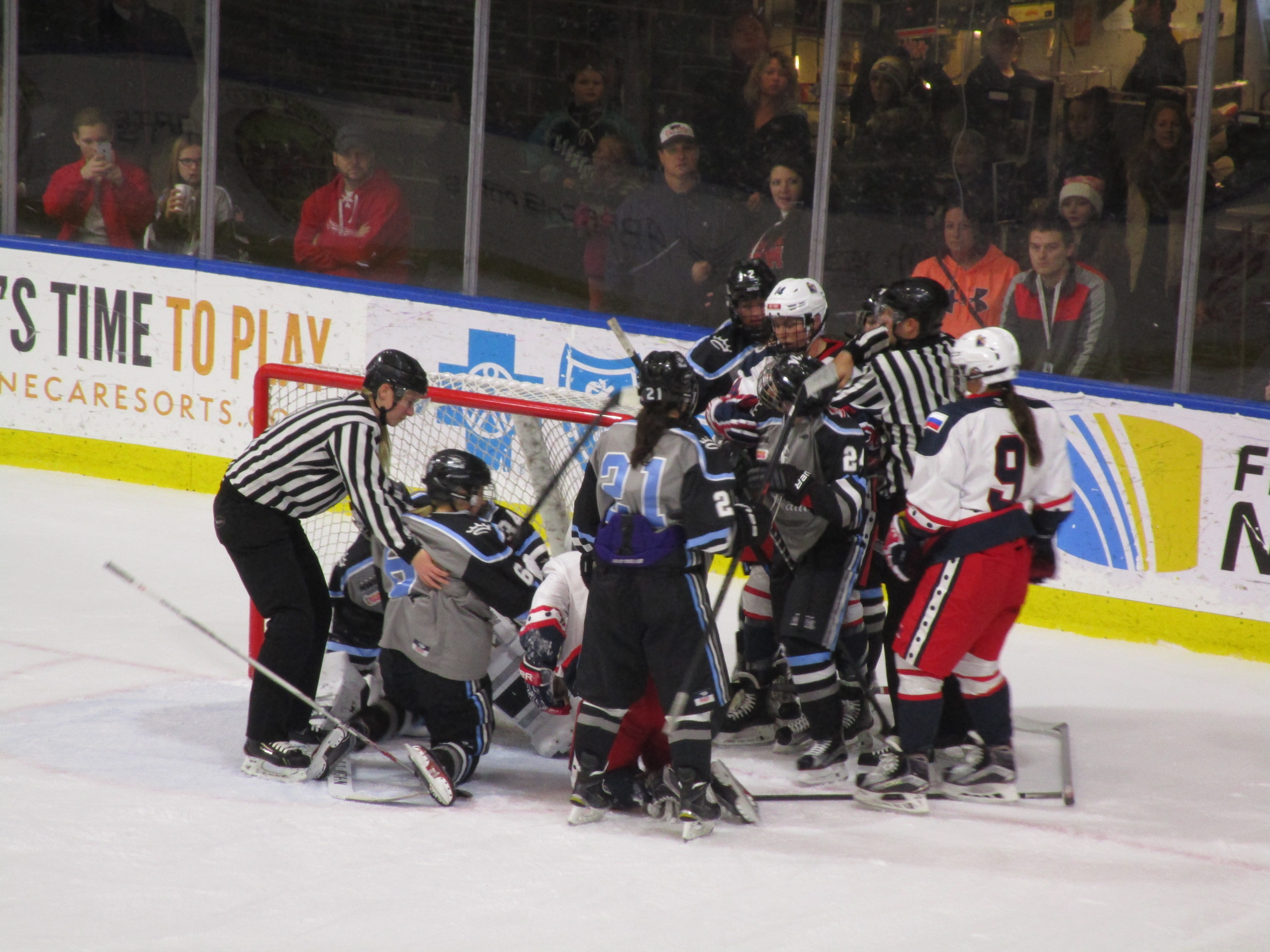 The Buffalo Beauts completed a three-goal comeback and finished off with a 6-5 shootout win over the New York Riveters on Sunday night.

The win was the Beauts’ third of the season and second over the Riveters.

Beauts captain Emily Pfalzer had the game-winning goal in the shootout to seal the victory for Buffalo.

The Beauts struck first, as Kourtney Kunichika scored her eighth of the season less than seven minutes in.

The Riveters were quick to respond about four minutes later, when Lyudmila Belyakova popped in her fourth of the season to tie the game at one.

The Beauts got that one back with less than four to play in the opening frame, as Megan Bozek potted her second goal of the season.

The Riveters would come on strong in the second period, adding four goals to take a demanding 5-2 lead.

It would be enough to chase Kimberly Sass out of the net and bring in Brianne McLaughlin, who would backstop the Beauts as they rallied for a comeback in the third.

Bray Ketchum opened the scoring just 2:19 into the second for New York with her sixth goal of the season.

The Beauts found themselves in some trouble, having allowed three power-play goals in the second period.

But have no fear -- Buffalo never says die.

Emily Pfalzer started the comeback with her second goal of the season, before Tatiana Rafter closed the gap to just one with her first NWHL tally.

Then, with just under five minutes left in regulation and the Beauts on the power play, Kourtney Kunichika tied the game at five with her eighth goal of the year.

Three goals in 8:35 for the Buffalo Beauts in the third period helped them force the overtime. When that proved fruitless, the game went to a shootout.

Brooke Ammerman scored for New York in the shootout, but Shelby Bram and Emily Pfalzer were successful for the Beauts, who stole the win.

In total, 64 penalty minutes were handed out between the teams, including a three 10-minute misconducts for verbal abuse of an official, which were handed out to the Riveters’ Ammerman, Fardelmann, and Ketchum with 4:37 to play in regulation.

The NWHL now takes a week off from its typical programming with the first-ever All-Star Game on January 24 in Buffalo.

Following that, the Riveters and Beauts face off again on January 31, this time in Buffalo at the First Niagara Rink at HARBORcenter. The Pride and Whale will then face off that evening at Chelsea Piers, Connecticut.