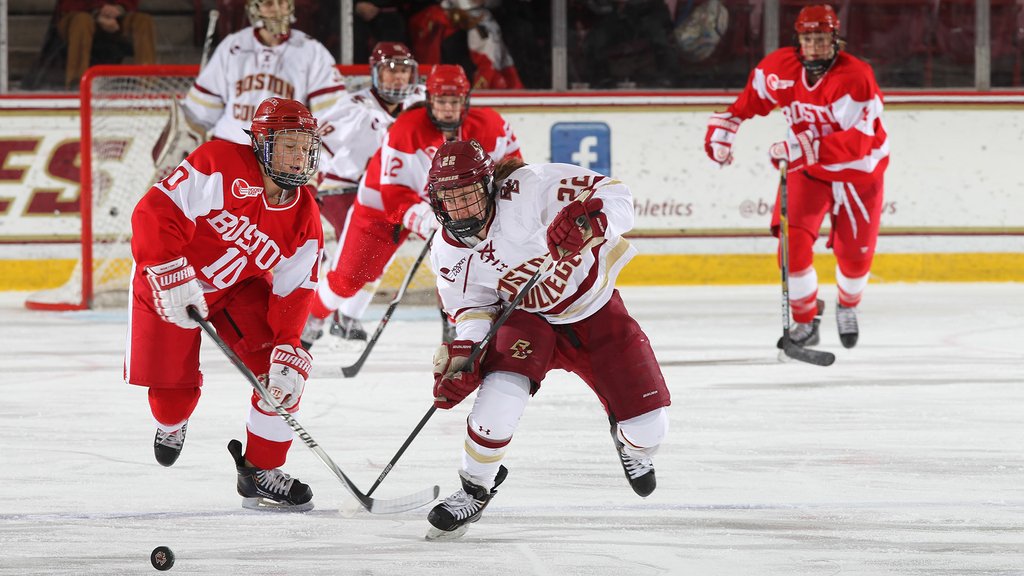 With the late start to the season for the Ivies, we have just three games on which to judge Harvard's season. Even so, it's probably not the start the Crimson had imagined. The loss at Dartmouth certainly wasn't how they hoped to open the season.

Last week, Yale upset (5) Quinnipiac on the back of two late third period goals. It was as much a poor showing from Quinnipiac as it was a win for Yale, but the Bulldogs will undoubtedly be bolstered by the upset.

Much like last week with Minnesota at North Dakota, all logic and records fly out the window when it's a rivalry game.

Boston College has been smoothly sailing past opponents all season and Boston University is floundering on both sides of the puck. On paper, the Eagles should have no problem handling the Terriers.

Boston University needs to find some sort of spark to get out of the slump they started the season in. Firing up to face your rivals could be a good way to do so. They'll need to shore up the defense in the face of Alex Carpenter and Boston College, but the Terriers have proven in the past that when it comes to upsetting their league rivals, they're up for the challenge - they've won the last four Hockey East tournaments.

Boston University freshman Sarah Davis was named Hockey East freshman of the month. If they can find a way to sneak a few past Burt while staying out of the penalty box (their penalty kill has been abysmal), the Terriers have a shot.

Meanwhile, Boston College brings Alex Carpenter, who's 14 goals and 9 assists are second-best in the nation. BC has been averaging 5.20 goals per game while allowing just 1.10

↑Ann Renée Desbiens - Wisconsin's junior goalie was named WCHA Defensive Player of the Month for October. Desbiens has seven of the Badger's record eight straight shutouts. She currently has a stunning .230 goals against average and a .985 save percentage.

↓Minnesota - It's been a long time since Minnesota wasn't No. 1 or No. 2 in the polls, but the Gophers' loss to North Dakota Friday night, combined with Wisconsin and Boston College's dominant start to the season, puts Minnesota in the third slot.

↑Kendall Coyne - The Northeastern senior is one of the fastest players the women's game has ever seen. She netted her ninth career hat trick this past weekend and is one of just three Hockey East players to top 100 career goals (she's currently at 106). She's one of just two college players on the Team USA 4 Nations Cup roster.

↓Standings security - Some East Coast teams put up impressive games this weekend, only to follow them with results that make you scratch your head. It makes for really interesting hockey and both the ECAC and CHA are pretty much up for grabs at this point.

↓Jamie Haddad - The Yale senior was suspended a game for a check she threw against Princeton last weekend.