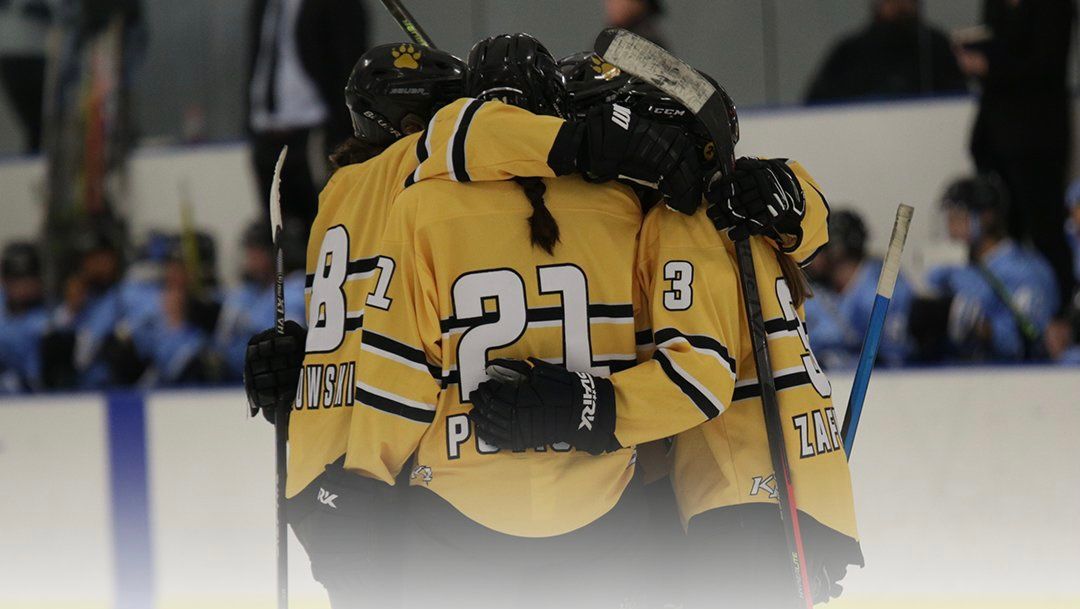 After the Beauts failed to score in Saturday's 3-0 loss – and their Teddy Bear Toss game – Sunday's rematch looked like a completely different game. While both teams had their struggles, the Pride came out on top after a thrilling back-and-forth game.

Aneta Tejralová opened the scoring just 5:12 in, notching her first career PHF goal. After the Beauts failed to clear the zone, Kali Flanagan made a quick pass across to Tejralová, who blasted a shot from the point that went over Kassidy Sauvé's right shoulder and in.

Buffalo did a good job of keeping pace with the Pride and tied the game about nine minutes later. Antonia Matzka's low shot from outside the circle to Corinne Schroeder's right found its way through a crowd. Boston challenged the play for offsides, but it was deemed a good goal.

Watching the replay back, it's very difficult to tell at first glance – but after watching & pausing it probably 20 times, from what I could see, Maddie Truax's body was outside the zone, but neither her stick nor the puck ever crossed outside the blue line as she executed the pass across to Matzka.

Before the first period had ended, the Pride took a 3-1 lead on quick goals from Loren Gabel and Jillian Dempsey. Gabel broke up an attempted clear, was left uncovered and allowed to skate in on the doorstep before blasting off a top-shelf shot. Dempsey's first goal of the afternoon came on the power play with just under a minute left in the opening frame, as she tipped in a shot from Gabel right in front.

Buffalo opened the second period with an early power play, but couldn't make anything happen and negated it with a penalty of their own soon after. Things went from bad to worse when Dempsey scored her second of the game. As the play made its way down the ice, Dempsey followed the puck and got to the front of the ice just in time to shovel in the pass from Gabel.

The Beauts started to climb back with a goal from Jenna Suokko, but then immediately took another penalty. This time, they were able to hold off the Pride and skated into the third period down by only a pair.

Just 3:35 in, Élizabeth Giguère made it 5-2 Boston. Sauvé made several saves on the play, but couldn't stay with it and was in some discomfort. She would stay in for the next sequence of action before head coach Rhea Coad called her over to the bench and gave her some relief. Lovisa Berndtsson came in to finish the game.

This was a bit of a turning point for the Beauts, it seems. With a fresh goalie in net, and as the Pride took their foot off the gas, the Beauts soon found themselves on the advantage after Autumn MacDougall got crunched along the boards. They needed just six seconds to break through, as Matzka scored her second of the game from the point.

The Pride went right back to the penalty kill, and once again, the Beauts capitalized. This time, it was Summer-Rae Dobson scoring her first PHF goal on the doorstep. A pass across the front of the net from Mikyla Grant-Mentis found Dobson, who jammed the puck in.

Finally, Emma Nuutinen got the much-anticipated tying goal, making it a 5-5 game with just 10:35 left to play in regulation. Nuutinen tipped in a shot from Jess Healey at the point as the Beauts completed a comeback from being down by three goals.

Dempsey, however, was determined to get those points for her team. With less than four minutes remaining in regulation, she completed her first career PHF hat trick and regained the Boston lead. An initial shot from Gabel led to a rebound amid a crowd in front, and Dempsey was able to get the last touch to put it in the net.

Gabel added an empty-netter with 33.2 seconds left to provide a bit of insurance for the Pride, who have now won seven of eight games on the season.

Boston's top line of Gabel, Dempsey & Giguère combined for 15 points (6G, 9A), 16 shots on goal, and a plus-12 rating. The incredibly dangerous and productive line had a really impressive game. Schroeder stopped 28 of 33 shots faced.

P.S. When picking my "Game of the Week," I'm looking at each week's results on their own to find a notable game to highlight, but I'm also trying to make sure there's some parity in my coverage. (As in, I'm not highlighting the same teams every week!) If you're reading this, I hope you're enjoying my new approach, and I look forward to keeping it going all season long.

These will be the last PHF games until 2023.