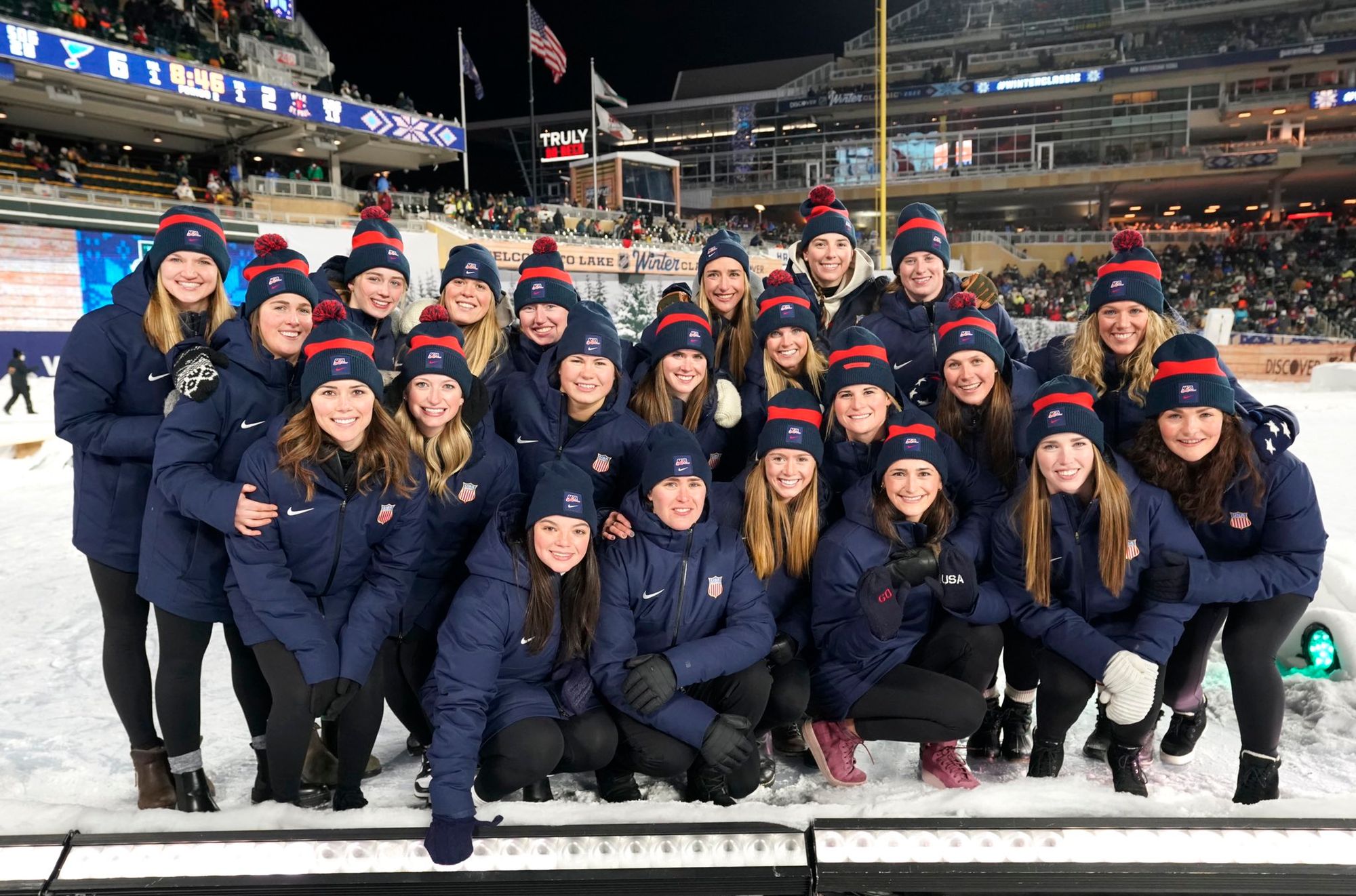 First. The Americans won their second-ever gold medal 20 years after the first thanks to a thrilling shootout win capped by Jocelyne Lamoureux's "Oops I Did It Again" goal and Maddie Rooney's stop of Meghan Agosta to secure the win.

Second. After winning five straight World Championships dating back to 2013, the Americans faltered against Canada, losing 3-2 in overtime. (Though that was significantly closer than the 5-1 loss they suffered to Canada in prelims.) They scored 13 fewer goals than they did in 2019 and their goal differential in Calgary was half of what it was in Espoo.

1st overall. The IIHF uses results from four years (2018-2021) to determine these rankings, so despite these rankings being finalized right after they lost the WWC gold medal game, they stayed ranked #1.

Joel Johnson; this is his second tournament as head coach of the national team, though he has been with the program as an assistant coach since 2018.

Consistency. This team hasn’t had much of it since centralization began.

Between schedule changes and upheaval due to the pandemic and an abrupt change in coaching staff, it hasn't been a smooth road to Beijing for the Americans. Johnson tried a number of line combinations throughout the Rivalry Series and Worlds. Canada won four of the six rivalry series games. Three of the series games went to overtime and Canada won two of them. All of that might mean nothing when the skates finally hit the ice in Beijing, but it makes it very hard to predict how this team will perform at these Olympics.

Abby Roque has received a ton of attention off the ice leading into the games and her performance for Team USA and the PWHPA in 2020 had a lot of people excited about her addition to the player pool, but then she saw limited playing time at the World Championships. Her 8:28 of time on ice per game was the lowest of anyone on Team USA. Then she suffered an injury to her right leg in October during the Rivalry Series. It's really unclear how Johnson plans to use her.

Grace Zumwinkle is the best player on Team USA that most people aren't talking about. She's managed to fly pretty under the radar on this roster, but she had four goals at the World Championships and is a very smart player that anticipates the puck well and seems to play pretty seamlessly with whomever is on her line.

One of USA's greatest strengths in recent years has been their speed and passing in transition and through the neutral zone, but there were long stretches in the past year's games where they struggled to get the puck into the offensive zone at all.

It probably doesn't say great things about my faith in the outcome that I cringe a bit with every new ad I see that touts this team as defending their gold medal and encouraging folks to watch. There is clearly an abundance of talent on this squad, but their performance in Calgary was as bad as I've seen Team USA look in recent memory. They were disjointed, the power play was atrocious and at a time where it felt like the team needed to come together and figure out their identity, that never really materialized. Those things did look a bit better during the December Rivalry Series games, but they still lost both in OT in disappointing fashion by giving Marie-Philip Poulin far too much time and space. That's a refrain American fans are far too familiar with.

Even before this most recent year of games, their last two gold medals were won in OT shootouts. They were on top by the thinnest of margins and as of now, it does not look like they've held that advantage as this cycle winds down. I believe Team USA will win the silver, but that is not the given it once was. They did defeat Finland twice (both times by a 3-0 margin) in Calgary, but nothing will come easy in Beijing and the Americans cannot take anything for granted.