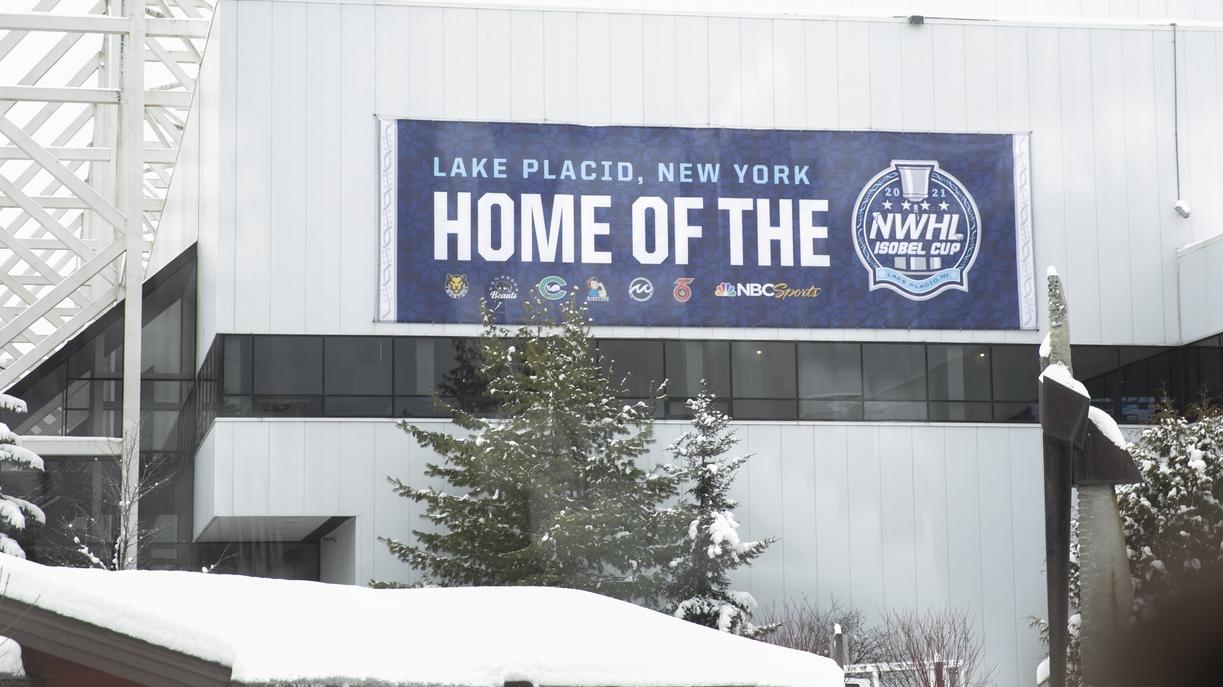 The last week has been nothing short of a public relations disaster for the National Women's Hockey League.

First, as the NWHL attempts to continue its condensed 2021 season in Lake Placid, we are still waiting for a strong, authentic public statement from the league condemning the white supremacy and racism of Barstool Sports as well as the support of that racism by some of their own players. The time for reflection has passed; now is the time for action, especially considering the high profile the NWHL has should their playoffs air as planned on NBC Sports Network.

The NWHLPA released a statement on February 1, which is a start, but only just that, and the league itself has remained silent for nearly a week.

"Over the past several days, the PA has remained in conversation with our athletes to reset and refocus on the anti-racism work needed within our organization. We have facilitated mediation and support for our BIPOC athletes internally but believe now we must create a strong action plan. As an association we will be adding internal anti-racism education, combating barriers within our communities to promote diversity in youth hockey, and supporting intersectional initiatives that welcome BIPOC communities into the NWHL.

The harmful occurrences of racism and harassment were the tipping point in what ended up being a tumultuous week in the life of the NWHL. In addition to the aforementioned ongoing issues with racism and harassment – which you can read more about in Zoë's piece – the league has also faced multiple positive COVID tests, which forced the Metropolitan Riveters to withdraw from the season altogether. Multiple players from other teams have been sidelined over the last few days as well, though their absences are directed as being "unavailable" and not publicly COVID-specific.

In the midst of all that, the league announced a landmark partnership with Discover Financial Services, the largest partnership in NWHL history. While such a partnership is great news, it was certainly interesting timing to formally announce it amid the aftermath of the Barstool incidents and in the midst of COVID issues.

Now, with a handful of players missing, teams have also begun to bring in additions to their roster. In and of itself, this is complicated for a league that called Lake Placid "a bubble season." Let's be clear: it isn't a bubble, and it never was. Having multiple members of an organization test positive for COVID-19 after games were underway was the first proof of that; that the league is allowing players to come in midway through is yet another.

This has also seemingly been a bit of a hot-button topic, as there appeared to be a lot of confusion about teams' abilities to bring players in this late in the tournament. When several coaches were asked if they planned to bring in players, they seemed tentative, refused to comment and deferred to the league. Reports from Marisa Ingemi and Eleni Demestihas suggest that not all teams may have been aware of the option of bringing in additional players and that some teams may have even been denied such an option.

As of Monday night, three teams had brought in additional players to the site, including Minnesota (Amanda Boulier), Buffalo (Lisa Chesson) and Connecticut (Rachael Ade, Sarah Hughson, Maeve Reilly). Mariah Fujimagari also officially joined the Whale, but she had already been in Lake Placid serving as an emergency back-up goaltender.

If nothing else, this certainly seems to suggest some communication issues within the NWHL and its teams. That possibility was only furthered on Monday night, when the Whitecaps showed up at the rink for their 5:30 PM game, only to find that their opponent (Connecticut) had not shown up. As Minnesota hit the ice for a pregame warmup, the league sent a release to media that the game had been postponed, promising to "provide further update tomorrow."

There has been no reason provided for the postponement, and it's uncertain at this point whether it is COVID-related or not. Players missing from Connecticut's Sunday game included goaltender Brooke Wolejko, with no explanation given for their absences aside from being "unavailable."

In addition, Monday's game between Minnesota and Connecticut was only going to determine which of the two teams would secure the home seed for their upcoming semifinal. The sudden postponement, along with one of the teams literally showing up to the rink and expecting to play a game only to find out at the last second that they weren't, makes this even more of a mess. It's been suggested that perhaps the Whale didn't want to risk playing what amounted to a mostly meaningless game, but if that was the case... shouldn't the league have told their opponents?

It took nearly two hours for the League to officially announce the postponement of the Whitecaps vs. Whale game that was supposed to start at 5:30. It's all very odd but also somehow seems fitting for a league that has been dealing (or not dealing) with one thing after another over the past week.

At this point, I don't know what the next week looks like for the NWHL. As of writing, the Beauts and Pride are still scheduled to play on Monday evening at 8:30 PM, with the winner taking on Toronto in the other semifinal Thursday. Those semifinal games, along with Friday's final, are supposed to be broadcast on NBCSN with John Forslund and A.J. Mleczko.

Will we actually get there – and at what cost? That's the question now facing the league.