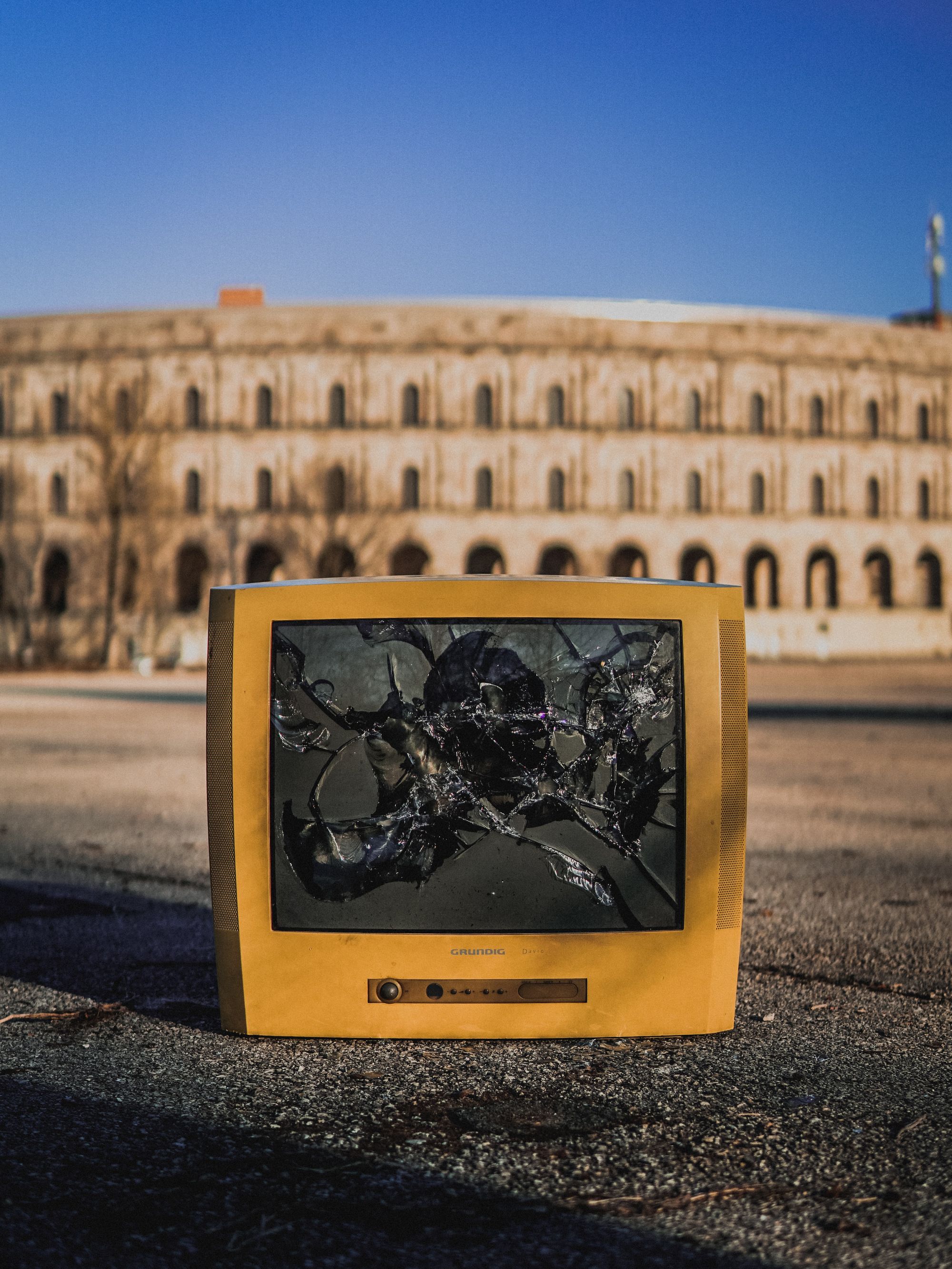 2020 will probably long be remembered as a year of reckoning in North American professional sports, but it will leave behind a question of what that reckoning was actually about, or if anything came of it. The COVID-19 pandemic has thrown the true cost of capitalism into stark relief, along with a fresh lesson in the realities of who benefits, and yet sports seem to have learned nothing. The summer's Black Lives Matter protests, which began in Minneapolis in the wake of George Floyd's murder by police officer Derek Chauvin in April, kicked off a series of direct actions around the United States and the globe. As support for policies like police defunding and abolition grew, specifically in the context of how policing and popular white culture writ large serve to marginalize and terrorize communities of color, sports organizations (like any other company and public figure that isn't overtly fascist) felt renewed pressure to espouse missions of diversity and inclusion. They even used terms like "anti-racism", engaged with Black community activists, and committed donations to nonprofits (see: NHL, NFL, MLB, NBA).

While these efforts move the needle of what level of social justice activism is acceptable in professional sports, they do little to address material issues underlying the industry itself. The escalating violence by police, combined with the global pandemic, ought to have exposed the commitment to anti-racism and inclusion in sports as an aesthetic intervention rather than a material change in the culture of our sports. Like a building facade on an old movie set, it looks the part from a distance and sets a tone atmospherically, but it has no content and does not hold up to close scrutiny. Unlike that movie set, however, the presence of performative "anti-racism" and inclusion in sports isn't seen in the popular discourse as a set piece – rather, the sports organizations themselves and popular sports media portray this window dressing as the work itself.

This dilution and misrepresentation serves to obfuscate the actual material issues at hand in sports when we talk about inclusion work and anti-racism, and turns the ethics of sports into a purely aesthetic matter. Because sports is part of the entertainment industry, we are encouraged on one hand to see sports as something "not that deep." But on the other hand, sports have become deeply embedded in Western culture as a type of civic religion, as part of both community and individual identities. Many NFL writers, for example, have expressed pride that the NFL season has continued without cancellations during the pandemic, despite rashes of positive COVID cases among many teams.

Sports platitudes, like persevering through adversity, have taken on entirely new meanings as the pandemic rampages through our communities. Players are continually applauded in media for "playing through" severe injuries; it isn't that big a leap logically to apply that same mindset to teams and leagues "playing through" the pandemic. After normalizing health and safety risks in sports for years, the payoff has become a normalized space where a deadly respiratory virus is allowed to spread through teams' players and staff with little incentive to stop it. The constant testing of athletes and staff while tests remain difficult to acquire in the general population should give us pause, especially when the test results seem to mean literally nothing. We know by now that a person who has contracted COVID can spread it to others before displaying any symptoms or testing positive; the tests themselves are a mere performance.

And all of this has come at the expense of marginalized communities. The daily testing of athletes has continued while workers in high-risk environments like grocery stores do not receive the same benefit or scrutiny, and may not be able to afford testing costs out of pocket. Outside of the sports world, we are told in the United States that we should only get tested if we become symptomatic. Athletes playing during the COVID-19 pandemic are usually tested every day. League executives and team owners keep this dynamic running in order to benefit their own bottom lines. Instead of paying players to stay home and giving their ample testing infrastructure over to regular people who may require testing and care, sports leagues have prioritized their potential profits.

We are of course conditioned to see professional sports leagues outside of the realm of labor and materialism. Professional sports, buoyed by private investors, sponsorships, and advertising, is seen as a value-neutral proposition that everybody can enjoy – regardless of material origins and what its economy looks like. The biggest professional sports leagues in North America are propped up by low-wage laborers (such as people who clean arenas and stadiums and sell concessions) and managed by millionaires whose attitudes towards player and worker safety are cavalier at best. And perhaps most glaring of all, the actual revenue streams for sports are tied not to the game itself, but to big ticket sponsorships and advertising deals, expensive luxury box packages, and broadcasting rights agreements with major media companies. The entertainment value of labor performance in sports is grossly inflated to the point that when the contradictions of capitalism are strained, such as they are during the pandemic and this national movement against racist police violence, the industry simply cannot have an ethical function in our society unless it is willing to undergo profound and fundamental change.

The performative lip service of diversity and inclusion work will not be enough. This is not to discount the immense value of representation – simply to clarify that representation without accompanying material change is merely an aesthetic set piece. Not only is the leadership in professional sports not fundamentally changing except in specific niches, but the economy underlying the industry has not changed. The profit margin remains beholden to the same advertising and media whims, which all but guarantees a "conservative" approach to inclusion which focuses on feel-good narratives (pictures of little kids playing a sport at an outreach event) rather than materially righting what have been allowed to become generational wrongs (widespread physical and sexual abuse in youth sports such as ice hockey and gymnastics, racist team names and mascots, years of repeated head injuries causing long-term mental health issues).

And then there's an even bigger picture, which is that even without the endless individual examples of misconduct, negligence, and bigotry in sports, the industry is simply predicated on worker exploitation and deceptive myth-making about the virtue of sports organizations. This isn't unique among the many things we consume under capitalism, but it's not unworthy of examination. And yet it is rarely examined at all by sports media, simply because that's not how the industry has survived for the last hundred or so years.

When the dust settles, I don't know what sports are going to look like. My greatest fear is that everything returns to how it was before, just with higher quality set dressing. If there's one casualty of COVID-19 I wouldn't have minded, it's the megalithic professional sports industry and its endless stack of "get out of jail free" cards, redeemable for anything from negligent worker safety practices to child abuse to rape to fascist sympathy to white supremacy. But the survival and continuation of sports throughout nearly this entire pandemic and political moment makes me worry, deep down, that exploitative libertarian capitalism hasn't fallen far enough to actually fail. There's likely so much more suffering ahead of us, and amidst it all, we will likely be able to tune in to a baseball, hockey, football, or soccer game while we contemplate the escalating deaths.

So what's the alternative to this exploitation and myth-making? I hope dearly that we can keep this new popular awareness about widespread, systemic injustice and begin to apply it to every level of the sports entertainment industry. My belief is that the economy of sports will have to contract and become more equitably distributed if it intends to meet the needs and wants of diverse communities. Ideally, sports leagues and teams will eventually become worker-owned, community-based, and fully unionized. I don't know if this will happen in my lifetime, or if it will happen at all, but I do know that the clock is already ticking on both the next murder by police in the United States and the next global pandemic, and all the material disruptions that come along with them. The aesthetics of diversity and inclusion won't be enough to save sports forever. Now is the time to dig into the foundations of how we got here and hope to not repeat the same mistakes when the chance for a reckoning comes again.