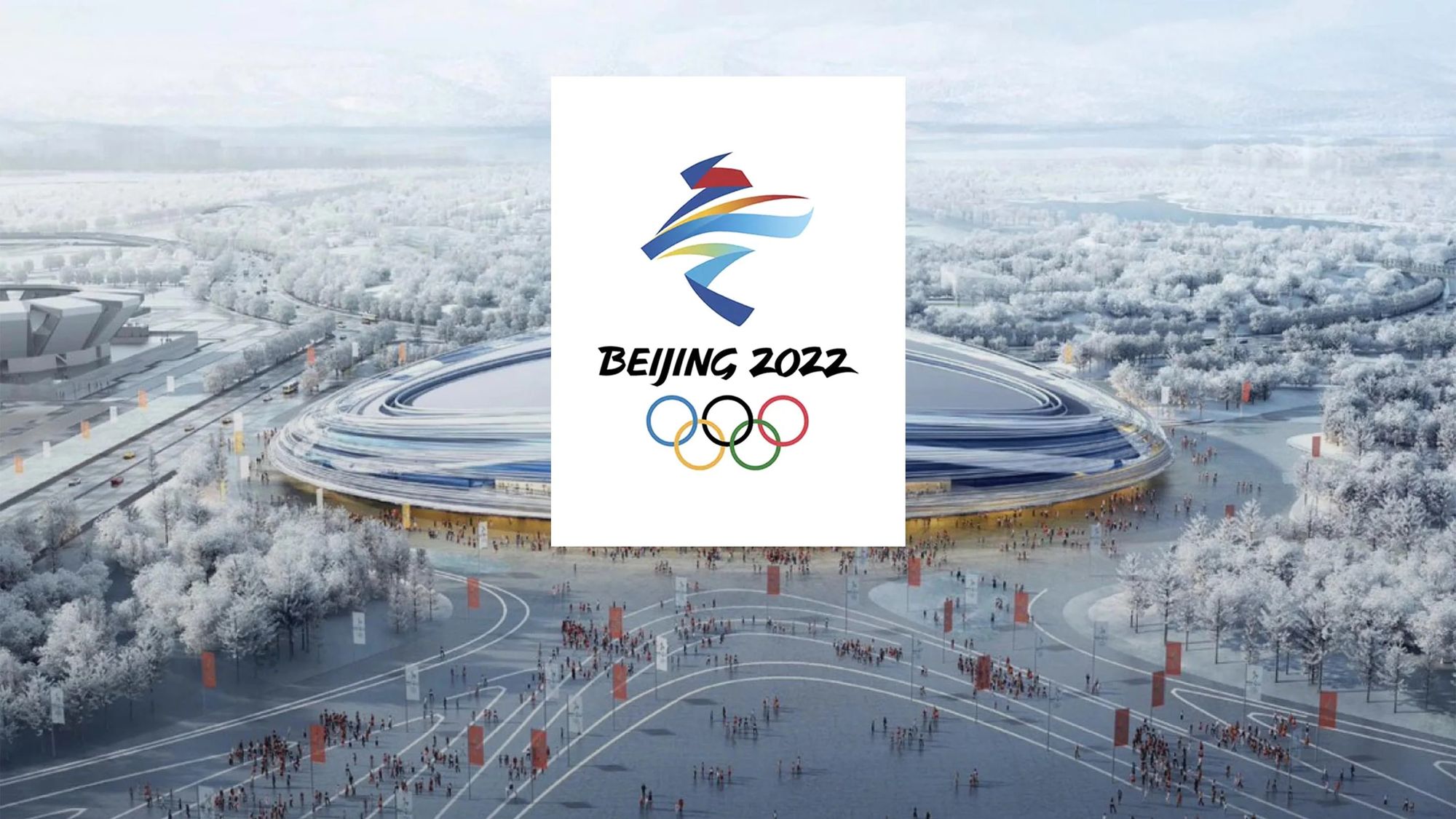 The Olympics are happening again this year, just eight odd months from the last Olympics.

The Asian triumvirate of Games reaches its finale in February with the Games of the XXIV Winter Olympiad in Beijing, China. Unlike the last edition in Tokyo, these Games are determined to go off without any delay, and Beijing will become the first city to have hosted both the Summer and Winter Olympics.

To accomplish this, as the world succumbs to a new wave of COVID-19 infections that are spreading faster than ever, Beijing has adapted what worked about Tokyo 2020's COVID protocols and kicked them into overdrive. We will have a fully closed bubble for the 2022 Games thanks to the highly contagious omicron variant.

These measures also come at a time that could be considered an inflection point of China's geopolitical position. China and the United States, at the governmental level, are in the midst of a major ideological and political clash that extends back to the previous Presidential administration.

Donald Trump had few coherent, consistent policy goals as President of the U.S., but one that stands out is his view of China in terms of trade. Throughout his four years as President, his administration worked to both needle Beijing in terms of trade, while also renegotiating a trade deal with Xi Jinping's regime. Just before the COVID-19 pandemic went worldwide, it appeared a breakthrough had been reached and negotiations would continue.

Once COVID-19 froze both domestic and foreign policy worldwide, though, the administration retreated back to its hawkish view against China (not to mention aggressive xenophobia and racism) as part of a broader pivot that coincided with the 2020 elections. Now, Joe Biden has bet that "going tough on China" will resonate with the American public, while throwing support behind Taiwan, to the point of shifting American foreign policy dramatically.

All the while, human rights groups have been sounding alarm bells about how the international community continues to normalize Beijing 2022 while China continues its repressive internment of the Uyghur minority in the western state of Xinjiang. The United States has announced a diplomatic boycott of the Games, bringing its politicization full circle.

So, less than a month out of Beijing 2022 what does any of this mean? And more importantly, who is even getting to go?

For the second year in a row, it is increasingly likely that spectators will not be attending an Olympic Games. China has yet to start its Beijing 2022 ticket program, which is usually announced well in advance to draw interest and help set budget projections.

The Chinese government is fully enmeshed in Beijing 2022, as part of Xi's goal to have hundreds of millions of Chinese practice winter sports after the Games end. Without the need for a fully private budget, ticketing became less important, especially as COVID’s latest wave swept the globe.

To get to the Beijing Games, athletes will have to either be fully vaccinated, or quarantine for 21 days in China upon arrival. Once inside the "loop", as it has been deemed, athletes and officials can travel around Olympic infrastructure unabated, while masking up and submitting to daily testing. A test-to-stay model is being used, which means close contacts can continue training and competing as long as they continue to test negative and show no COVID-19 symptoms.

This loop is slightly more strict than the Tokyo loop, which allowed media and other stakeholders to use public transportation to venues after 14 days of being in Japan and registering no positive tests. That will not happen in Beijing.

China is so committed to the closed loop that it is commissioning special buses and taxes that only Olympic participants can use. Also, certain train cars and sections of stations are being sealed off for Games' participants in an effort to allow rail infrastructure to be used by the general public, but also serve the three Olympic zones for athletes and officials.

Once you're in Beijing 2022, you're in. There is no deviating from training, eating, sleeping, competing, and being tested.

Now, the only problem facing this is the highly contagious omicron variant disrupting who can go to the Games. While unvaccinated athletes have to quarantine upon arrival, the race is on for athletes to go out into the world and qualify for Beijing 2022 and also avoid COVID while doing so. China's closed loop system in a way starts well before February 4 and athlete arrival. We've already seen athletes pull out of qualification events due to COVID, and I'm sure we will see many more athletes test positive in the days before entering the closed loop.

When Joe Biden announced the United States would be diplomatically boycotting the 2022 Winter Olympics, it stirred a question of: what is the point of this?

Soon, allies of the U.S. such as the United Kingdom and Canada joined in. In a much more strategic move, Australia said it would be sending no government officials to Beijing 2022 and Japan hedged sending only Seiko Hashimoto, a government official who ran the Tokyo 2020 Organizing Committee in its last few months. The U.S., Japan, and Australia, plus India, are members of "The Quad", a security dialogue between the four countries' governments regarding how to approach the Indo-Pacific region to "counter the rise of China."

Government officials attending the Olympics is usually a formality, but it can be used to sow seeds of future diplomatic engagement or a change in policy. The U.S. President has not attended an Olympics in person since George W. Bush went to Beijing 2008, as a lame duck President. Typically the Summer Games happen during bitter Presidential election years, and the Winter Games have historically been in countries that the U.S. maintains friendly alliances with due to their location, not requiring a state visit.

Beijing 2022 presented an opportunity for two major leaders to have a summit, but the United States' bellicose attitude towards the country, and the COVID-19 pandemic, all but halted that.

The stated root of the diplomatic boycott is over China's human rights abuses specifically related to the Uyghur population in Xinjiang. Xinjiang has been part of a constant refrain of criticism against China for getting the Olympics since 2015. Soon after it was widely revealed the government of Xinjiang had been systematically locking up Uyghurs in "re-education" labor camps while eradicating public displays of their Islamic culture.

Xinjiang is a major region of cotton production, and it soon became apparent that many Western brands had been sourcing cotton from the area. Rights groups became alarmed when the IOC signed a deal with ANTA, a Chinese sport apparel company, to provide the IOC official uniforms for Beijing 2022. The IOC has said it has found "no issue" with ANTA's supply chain sourcing from forced labor, but the company has proudly affirmed its connection with Xinjiang cotton.

Of course, the United States also uses prison labor to manufacture goods, and slavery and forced labor are legal in the U.S. "as punishment for a crime." While the U.S. does not explicitly use forced labor as part of an ethnic cleansing project, its overwhelming incarceration of Black people and other minorities as part of having the world's largest prison population should raise questions as to the sincerity of its motives in the boycott. The United States' economy is also generally heavily dependent on imported Chinese goods, including in its hallmark industries of technology and automobiles. The relationship between the two countries is antagonistic and complicated, and not necessarily for the reasons that are most publicized.

The IOC has an interest in keeping the Beijing 2022 games "free from politics" in the public discourse, but that does not mean the Games are not part of a larger geopolitical situation that affects many.

This year is also poised to be one of importance among Beijing's political elite, with a presumably successful Olympics followed by the 20th Chinese Communist Party Congress. The congress comes at the end of a five-year plan, where the party will outline its vision for the next five years. This party could have seismic effects in the country, as Xi Jinping may well stay in power for a third five-year term. There hasn't been a leader to serve that long in China since Mao Zedong. At the last Congress the party wrote "Xi Jinping Thought", a collection of policy positions and ideas by the leader, into the Constitution.

Economically China has had a year where major real estate companies teetered on disaster and the government has cracked down on tech conglomerates, trying to prevent them from becoming as all-encompassing as Amazon, Apple, or Facebook are in the United States.

As China reorients its economy in light of a new five-year plan, Beijing 2022 will go on with or without spectators, but will definitely have the traditional fanfare. Beijing 2008 was supposed to represent a pivot for China towards the western world, less than a decade after joining the World Trade Organization. Beijing 2022 will be a coronation of the path that China currently sees it on.

Who's Going to Watch?

The last question for these Games are who is going to watch them, and how is the traditional enthusiasm on broadcasts going to seep through into popular culture.

We still don’t know exactly which athletes will be going to Beijing, as the threat of COVID looms over everyone before they enter the closed loop. Will the loop prevent and limit infection like it is designed to do?

And what of apps like TikTok, the crown jewel of the Chinese company ByteDance, which were made for events like the Olympics? Who will generate the videos that churns the viral mill of content and memes and then think pieces about them? How will most people experience Beijing 2022 in a pop culture sense?

These Olympics will be walled off and gated for the sake of the athletes and everyone else involved in staging and covering them. How high is the IOC willing to allow that wall to be?