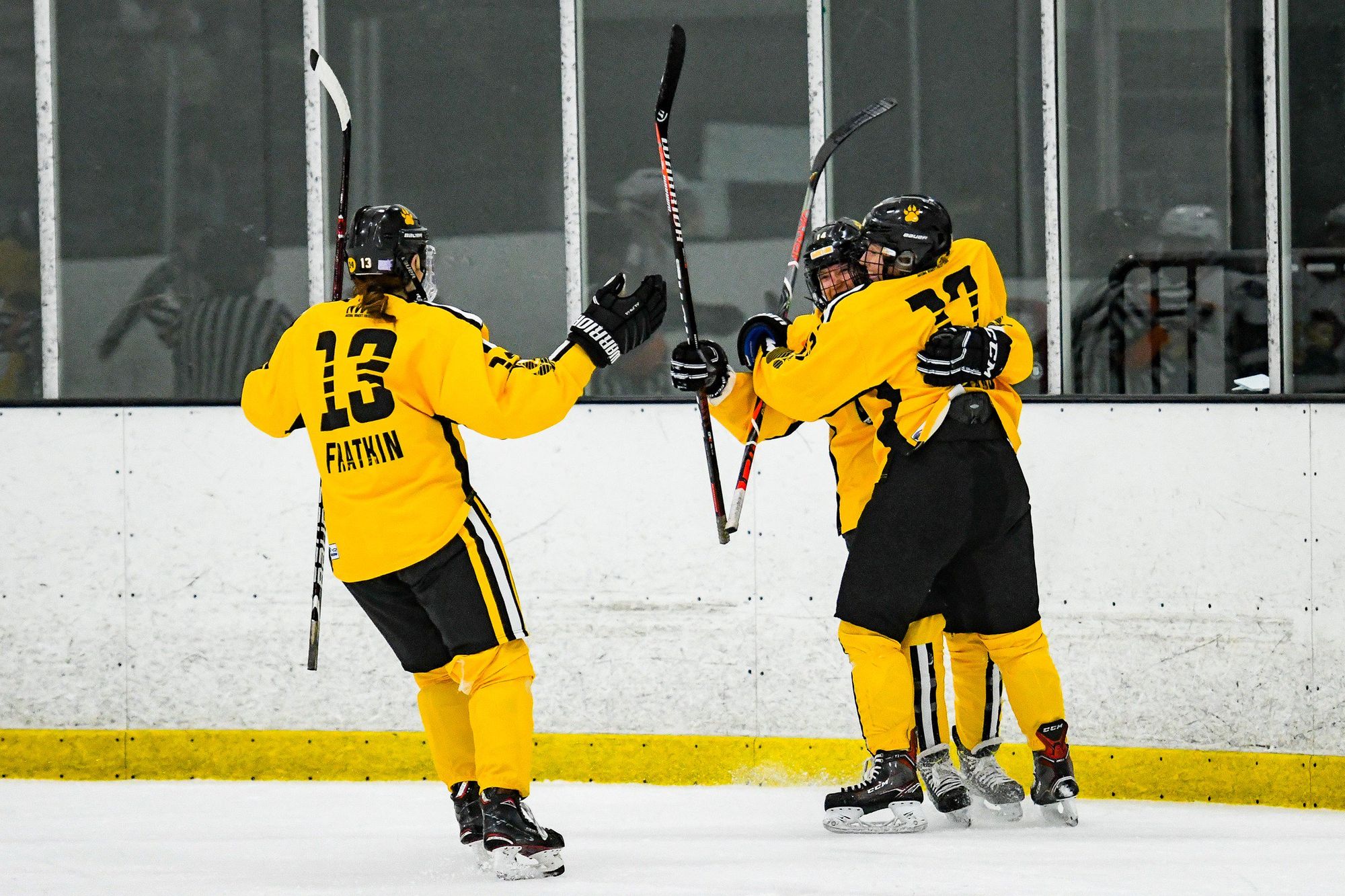 The National Women's Hockey League opened its fifth season this weekend with four of its five teams in action. The Buffalo Beauts and Boston Pride, both road teams for this weekend's games, came away victorious over the Connecticut Whale and Metropolitan Riveters, respectively. The Minnesota Whitecaps, defending Isobel Cup Champions, were inactive this week.

A Beauts roster almost exclusively consisting of new players came together for a 3-1 win over the Whale on Saturday afternoon.

Lenka Čurmová opened the scoring with a power play goal, scored shortly after Jordan Brickner was sent off for holding. Čurmová's shot from outside of the faceoff circle to goaltender Sonjia Shelly's left made it through a crowd and hit the back of the net to give the Beauts a 1-0 lead. Captain Corinne Buie and alternate captain Marie-Jo Pelletier recorded assists.

The Whale had multiple power play opportunities in the first period, but the Beauts limited their chances and Mariah Fujimagari was strong in net to keep it scoreless. Taylor Accursi was served three different minor penalties over the course of the first period, something the Beauts will certainly look to limit in the future.

Finally, Connecticut got Fujimagari to move, and midway through the second period, Grace Klienbach found her way to scoring the equalizer. Sarah Hughson and Elena Orlando were credited with assists.

The game remained locked at one until nearly the end. With 3:08 remaining in regulation, Brooke Stacey used her speed and scored on a breakaway to break the tie and regain the lead for the Beauts. Ashley Birdsall and Iveta Klimášová both recorded their first NWHL points with assists.

Buie potted an empty-netter in the dying seconds of the game to seal the victory. Fujimagari recorded 29 saves in the win, while Shelly stopped 13 of 15 faced.

The Riveters pushed hard, but the Pride scored two quick goals in the third period and added an empty-netter to capture an eventual 4-2 victory on Saturday evening.

Both teams had a slew of early chances, including Boston with several shots on the power play and a break for the Riveters' Brooke Avery in the opening minutes. The Pride finally opened the scoring in the final minute of the opening period; captain Jillian Dempsey recorded her 30th career NWHL goal to make it 1-0. A miscue in the Riveters' zone allowed Dempsey to pick up the puck; she skated end to end, outworked a couple Rivs players and shot it over Sam Walther's glove.

Early in the second period, the Riveters would find their way to the tying goal thanks to the "RIT line." Kendall Cornine and her linemates may several nice plays after scooping the puck along the boards around the net after forcing the Pride to turnover the goal; Cornine finished the play by tucking it in over the glove side of Lovisa Selander.

As the game went on, both teams certainly had their chances to take the lead. The Pride had a goal waived off; the Riveters were awarded several power-play opportunities, including a couple 5-on-3 chances. Metro finally took the lead on a power play tally early in the third period.

Although the Pride put a lot of pressure on early in the third, the tide changed when the Riveters found themselves on the power play - and then on a 5-on-3 for 42 seconds. Metro didn't let up, and Colleen Murphy's shot from the point made its way through a crowd to make it 2-1. The goal was Murphy's first, in her 24th career game. She's previously played with both Buffalo and Connecticut.

Less than four minutes later, the tide changed again, this time in favor of the Pride. Tori Sullivan tied the game, and 21 seconds later, Dempsey potted her second of the game to give Boston the lead. Sullivan's goal came after the Pride finally freed the puck from the Riveters' clutches; a shot from Lauren Kelly along the boards was deflected by Sullivan in front.

Just 23 seconds later, Dempsey worked her way from the middle of the ice through a couple of Riveters and kept the puck on her stick; the quick release made it past Walther to give Boston a quick 3-2 lead. The Pride held on, and McKenna Brand added an empty-net goal with just over 40 seconds remaining in regulation.

Selander made 23 saves in the victory for the Pride, while Walther stopped 36 of 39 shots faced in her first game for the Riveters.

After the first two games of the season, here are the NWHL standings: