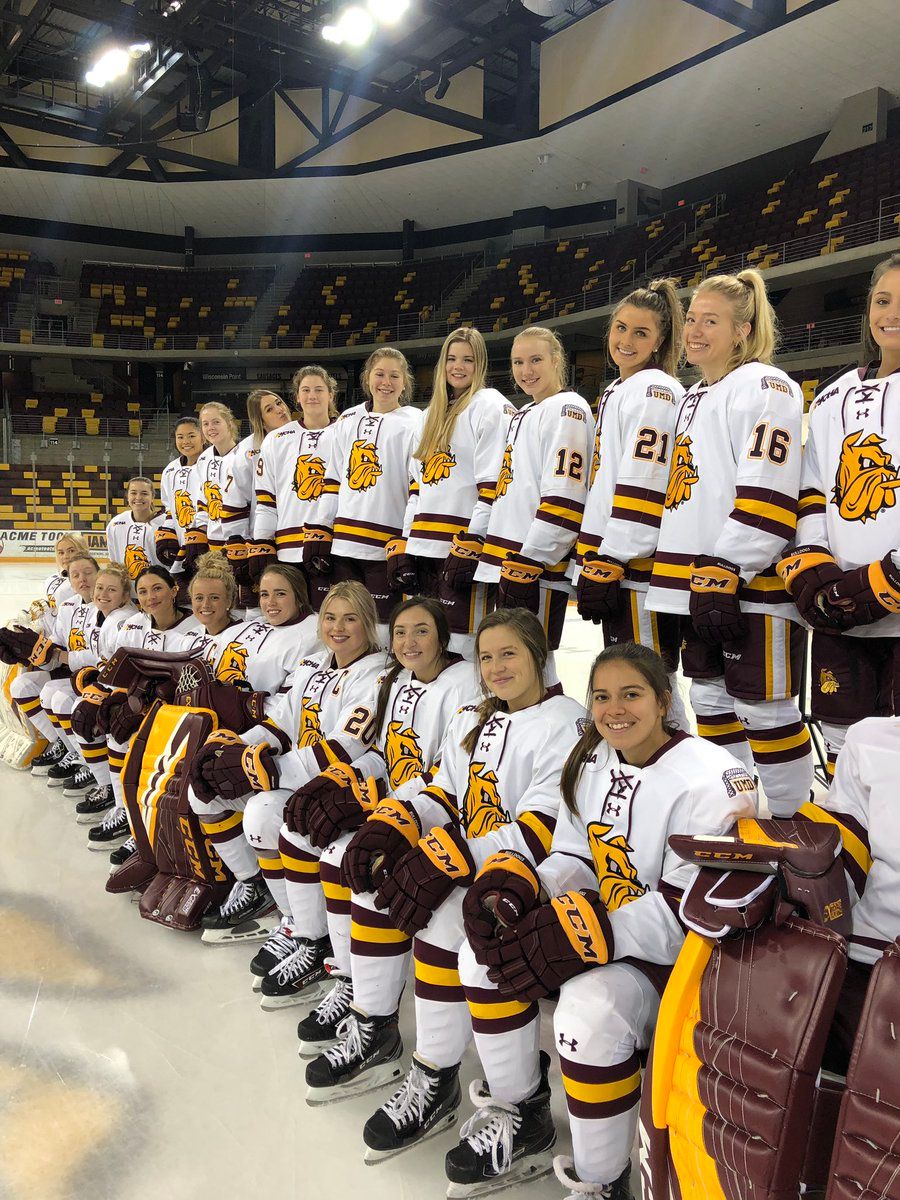 Watch: A paid stream is available on FloHockey.

These two teams play their second-ever series against each other this weekend in Duluth. They played last year in Potsdam and the Golden Knights swept the weekend. Minnesota Duluth will be hoping goalie Maddie Rooney returns to her gold-medal-winning form for them this season and they'll be counting on Gabbie Hughes to continue to lead the offense in her sophomore season. The Bulldogs are a team that showed flashes of brilliance last season, but were rarely able to put that together for a full 60 minutes. A year of experience might be what they needed to find cohesion.

Clarkson eked out a win on Friday over Syracuse before putting on a more dominant showing on Saturday. They used both Marie-Pier Coulombe and Ohio State transfer Amanda Zeglen in net last weekend. They'll be facing a more potent offense here, but the Bulldogs are also restructuring their lines after losing Naomi Rogge for the season to a knee injury.

Senior transfer Kayla Friesen and rookie Gabrielle David made their potential impact immediately known for Clarkson in their first series. It'll be interesting to see how they fare against a tougher defense.

Watch: Both games available on ESPN+.

This is another interesting non-conference matchup. Colgate is coming off a sweep by Minnesota where they kept it close in the first game, losing 2-0, before getting pummeled 8-1. It will be Mercyhurst's first game of the season.

Mercyhurst leads the all-time series 19-7-3, but Colgate has a better record over the past ten meetings, 5-4-1.

The Lakers return most of their scorers, including senior Emma Nuutinen, who led the team with 16 goals and 28 points last season. Redshirt junior Kennedy Blair split time in goal last season, but looks to be the starter this year. She did not fare as well as her counterpart over the course of the season and Mercyhurst will be looking to her to shut down opponents a bit more this season.

Colgate needs a strong showing from Liz Auby in net. She's been very good when she's had the opportunity and she's the likely starter this year. She stepped up for them last season when they needed her to and now the opportunity is hers to take advantage of.

Friday and Saturday at 7:00 PM Central

Watch: Friday's game is televised on Fox Sports Wisconsin. Saturday's game is available on a paid stream via FloHockey.

Wisconsin will have one final celebration of last year's national championship as their raise their banner and celebrate that team before puck drop on Friday. Then they open their home schedule with a series against Penn State, a traditional rival for the school in the Big Ten, but a team they've never played in women's hockey before.

Penn State brings a large, physical defensive corps that is unlike what Wisconsin normally sees in the WCHA. The Badgers have a few small, crafty forwards and it will be interesting to see how these two opposing forces match up.

The Nittany Lions are also historically a highly penalized team and they'll be under the scrutiny of WCHA officials. That will be especially important because the Badgers are out to a hot start on the power play, converting five of ten opportunities over the first two games. Penn State doesn't need to give Wisconsin any extra advantages in series.

Junior transfer Daryl Watts had two goals in her first two games as a Badger. The 2018 Patty Kazmaier winner seems to have slotted in well with Wisconsin. Goalie Kristin Campbell gave up two goals in the Badgers' 6-2 win over Lindenwood on Saturday, ending a scoreless streak that dated back to before the NCAA tournament last season.

↑ Boston College freshman Hannah Bilka –  Her rookie season is off to a stellar start as she leads the country with four goals.