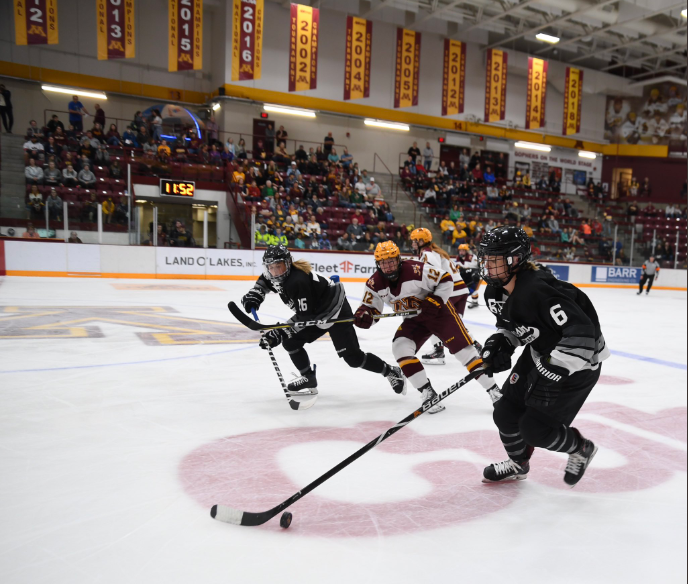 Last season was the Whitecaps' first in the NWHL – and they managed to skate away with the Isobel Cup after a strong regular-season performance. Minnesota won 12 of 16 games in the regular season and appeared unstoppable at times. They easily took care of the Riveters in the semifinals before narrowly beating Buffalo, 2-1 in overtime, to capture the championship.

With a significant core of returning players and a championship to defend, the Whitecaps appear to be the team to beat heading into this NWHL season. They've also retained their coaching/management staff and home rink, which you can't take for granted in this league, given other teams' status.

The Whitecaps were a fun team to watch last season, and this season should be no different. Leading scorer Jonna Curtis returns after being named the league's Rookie of the Year last season, with 19 points in 16 games. Defensive mainstay Amanda Boulier, who finished the season a plus-6, is also back. The addition of Audra Richards, Sam Donovan, and Nina Rodgers will make this team even more intriguing; Richards was third on the Riveters in scoring last season and will be a nice addition to the Whitecaps.

But like any other team, the Whitecaps are missing a handful of players this season. Kendall Coyne Schofield declared her support for #ForTheGame. Katie McGovern, another one of their leading scorers and a significant contributor to their success, hasn't returned. Lee Stecklein, who scored the championship-winning tally last year, is also a member of the PWHPA.

At this point, Minnesota is pretty much a complete team. They have just one more roster spot open, and with 13 forwards and nine defenders already signed, perhaps they'll use that final spot on a third goaltender - or not use it at all.

Additionally, it's disappointing to see the Whitecaps re-sign forward Lauren Barnes, who has previously shared/liked social media posts that are xenophobic, racist, and transphobic. After this connection was pointed out, Barnes deleted her Twitter account, but let's face it: the bigotry is still there, and per our ethical coverage policies, we will continue to exclude Barnes from our regular coverage.

Looking back to the on-ice side of things, the Whitecaps will have to capitalize on their early six-game roadstand to get an early jump in the league standings. Last season, Minnesota had the most trouble with the Pride, who beat them in three of four meetings. With another potentially strong Pride roster in tow, the games between the two teams this season should certainly be interesting to watch.

Also in regards to the schedule: last season, the Whitecaps played several exhibition games throughout the season against collegiate teams. It's unclear at this point whether they'll be doing that again this season, and if so, what the schedule will be. Minnesota also carried some additional skaters for a type of practice roster last season, with regular roster players in and out of those exhibitions.

One factor to keep an eye on this season for the Whitecaps: their special teams. Last season, Minnesota's power play was the worst in the NWHL (just 7.5%). However, they were strong while shorthanded, with a league-leading four shorthanded goals.

Last season, the Whitecaps became the first team to win both the Isobel (2019) and Clarkson (2010, as part of the WWHL) cups. Now, with the dissolution of the CWHL and the enshrinement of the Clarkson Cup in the Hockey Hall of Fame (though it remains under the ownership of Adrienne Clarkson), they may be the only team ever to win both, depending on what happens in the future in professional women's hockey.

Either way, as the Whitecaps move forward, they'll look to become the first repeat Isobel Cup Champions, which given their returning roster, isn't out of the question.