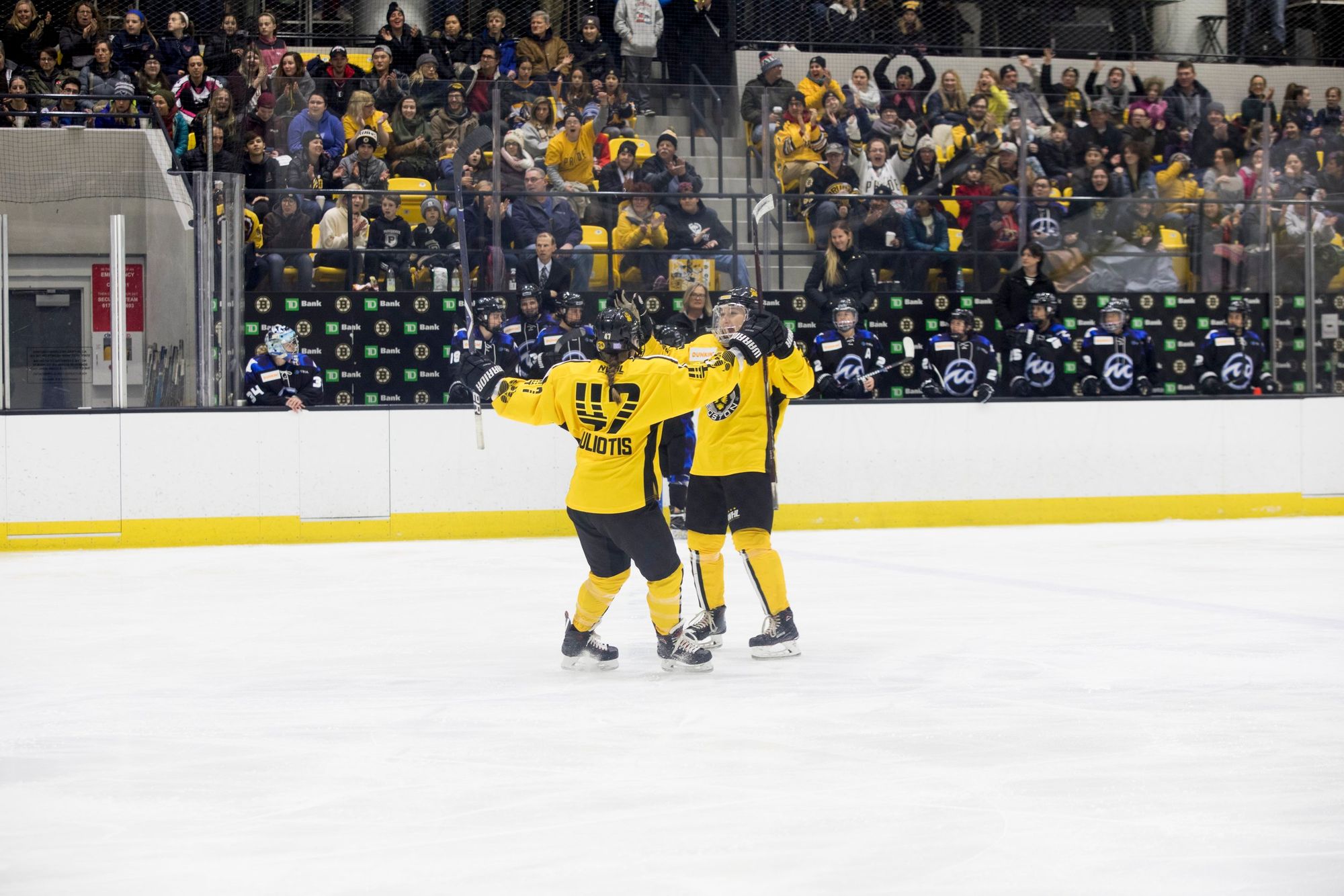 The next team preview focuses on the Boston Pride.

The Pride had a solid run over the course of the regular season, with an 11-5-0 record. They finished just two points out of first place in the league, and had the highest goals-for of all five teams. The regular-season success didn't translate to the postseason, however, as the Beauts toppled the Pride 4-0 in the semifinal game.

Like other NWHL teams, the Pride have lost a sizable portion of last season's roster - including both goaltenders Brittany Ott and Katie Burt. Their top three scorers – Haley Skarupa, McKenna Brand and Gigi Marvin – are all not returning this season. But they also have a solid core of returning players, including captain Jillian Dempsey, who recorded 14 points last season. Kaleigh Fratkin and Lexi Bender, two of their top defenders, are also back.

The Pride did well last season, but losing so many of their top scorers will undoubtedly hurt them. Jillian Dempsey will almost certainly become the top scorer in NWHL history – she's just two points shy of tying Brianna Decker's mark – due in large part to the fact that she's been around since year one.

One of the biggest factors that could really determine how the Pride's season goes: goaltending. Katie Burt and Brittany Ott have historically been stellar in net for Boston and huge keys to their success, but both are playing with the PWHPA. Victoria Hanson and Lovisa Selander have some big shoes to fill, and how they step up to the challenge will prove a key factor in Boston's season.

The Pride will have a little consistency behind the bench, as Paul Mara returns as the team's head coach. Karilyn Pilch has been named the team's GM. In a significant move, Boston will be the lone team in the NWHL this season with an independent owner; Miles Arnone of Cannon Capital purchased the team last month.

It's hard to predict exactly what this new ownership could mean for the Pride; according to the league's initial release, immediate plans include "investments to enhance player and team development, increased marketing and promotion, the creation of more youth hockey initiatives, and the hiring of a team president."

The Pride still have a maximum of seven open roster spots, and with only two goaltenders signed, it wouldn't be surprising to see them add another netminder in the coming weeks. They could also add a few additional forwards, but seem to be pretty well set on defense.

Boston has continually seen a good fanbase, and they'll be able to build off that energy over the course of their nine-game homestand between October 12 and November 30. On the flip side, that also means that the majority of the second half of their season is on the road, which could result in some critical games in tough barns.

Historically, the Pride have always been a pretty good team. They, of course, won the first-ever Isobel Cup and finished the first two NWHL seasons atop the league standings. Last season, Boston finished just barely out of the top of the league. They were a strong offensive team with a lot of scoring power, but they have lost many of their marquee names in the offseason. Still, their roster turnover has been less than the other teams in the league

Two other key statistics to keep an eye on for the Pride this coming season: power play scoring, and shooting percentage. These were two areas in which Boston was incredibly successful last season, best in the league in both categories (11 power-play goals, 22.9% on the PP, and 12.6% success on shooting percentage).

The Pride will remain at Warrior Ice Arena in Allston, with the same head coach, some of the same leadership (Dempsey) and, on a lesser note, the same jerseys as last season. Will they be able to find their way back to the top of the NWHL standings, given all the changeover from last season, or will they find themselves on the outside looking in when the Isobel Cup Final comes around?