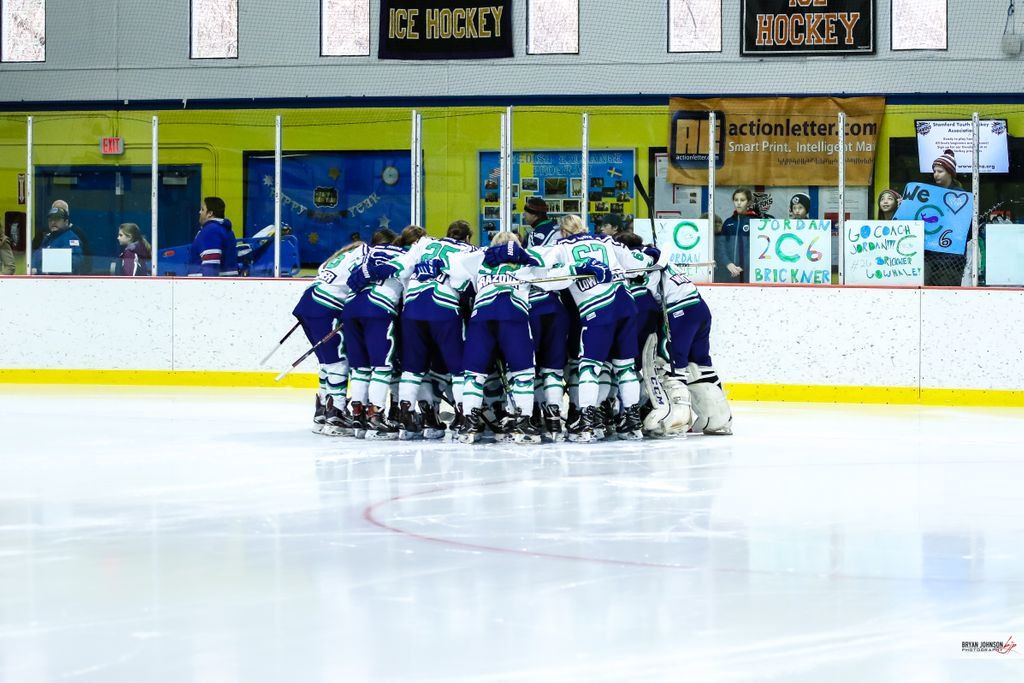 Here's the next team preview of the season, the Connecticut Whale.

The Whale really struggled last season. They have historically continually finished at or near the bottom of the NWHL, and last season was no different; they managed to win only two of 16 games, and earned a total of six points. That, combined with a league-low 22 goals-for, left them once again at the bottom of the standings. Their season came to an end after a 5-2 loss to the Riveters in a play-in game for the Isobel Cup Playoffs, and the Whale remain the only team to not have won the championship.

Like the other NWHL teams, the Whale have lost a large group of players from last season. But in that, they've lost several of their players to other NWHL teams. Goaltender Sam Walther has shipped off to the Riveters; Sam Donovan and Nina Rodgers both went to the Whitecaps. Those are significant losses, but the Whale did maintain some of their past roster in mainstays like Shannon Doyle, Jordan Brickner, and Kaycie Anderson.

The coaching staff has also changed for this season. NWHL alum Bray Ketchum is serving as the team's GM, while former Whale netminder Laura Brennan and ex-NHLer Colton Orr will serve as the team's coaches this season. The Whale have always struggled with turnover in the coaching department, so this isn't exactly new, but it certainly would be nice to see some consistency there from season to season.

Connecticut is also moving rinks, heading to the Danbury Ice Arena after a couple seasons at Terry Conners Ice Rink. It'll be their fourth home arena in five seasons.

With nine returning players, it's nice to think about the Whale having some consistency from last season. But five of their returning players didn't record a point last season, and they lost two of their top scorers in Kateřina Mrázová and Emily Fluke. Defender Shannon Doyle, who recorded eight points last season, is back, but much of the Whale's scoring is gone.

Meeri Räisänen appeared in 12 games last season in net, but she's now moved to the SDHL. Sam Walther skated in five games, and as mentioned above, has signed with the Riveters. It's a completely new game for the Whale in terms of goaltending this season, with Wolejko, Shelly, and Goyette as the team's new trio.

Looking at the Whale's schedule this season, it'll be very interesting to see how they handle large sections of games at home and on the road. A seven-game homestand between November 30 and December 29 could allow them to build some momentum and feed off their home fans' energy heading into the second half of the season. They'll need that energy as they face the majority of the rest of their schedule on the road.

It's been several years since the Whale didn't finish at the very bottom of the league standings; they've finished last every season since 2015-16, when the Whale were second in the NWHL. The Whale have also had the most trouble attracting "star" players (akin to the likes of Hilary Knight, Amanda Kessel, or Dani Cameranesi). But in a league that has lost a lot of its stars to the PWHPA and overseas leagues, this could be in the Whale's favor this time around.

Fans got a first look at this year's Whale roster when the team faced off against the University of Connecticut this past weekend. It didn't go quite well for the Whale, who dropped a 4-1 decision, but that's what preseason is for: figuring out the kinks.

The Whale have also unveiled a new jersey for this season – they'll be suiting up in green, but otherwise a similar look to last season in terms of logo and design.

We should expect to see the Whale sign at least one or two more players before the regular season begins this Saturday. As of September 29, they've only got 16 players signed – the fewest of any team in the league – and with only eight forwards signed (including Beattie, who is a forward/defender), Ketchum and her crew will have to fill at least one or two more roster spots in the coming weeks to confidently ice a complete lineup.