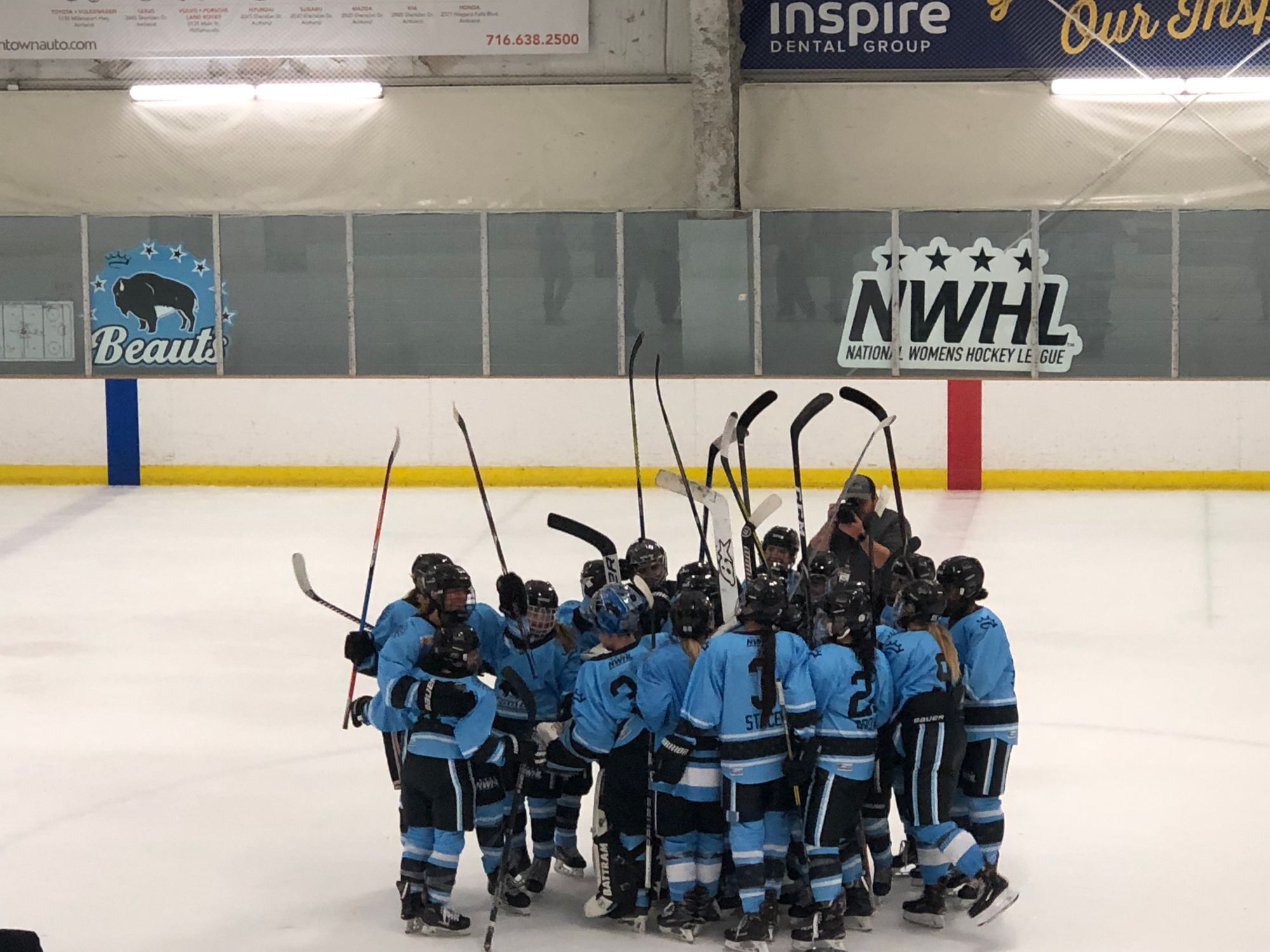 Here's the first team preview of the season, the Buffalo Beauts.

Once again, the Beauts finished near the top of the league. They had some incredible runs over the course of the season, including a seven-game winning streak. But it was also a tough season, as they began 3-3 and then let go of both of their long-time head coaches. In the end, Buffalo finished the season 11-4 and made it all the way to the Isobel Cup Final, where they lost a narrow 2-1 game to the Minnesota Whitecaps.

The Beauts have had perhaps the largest overhaul of any of the NWHL teams, with nearly all of last season's team sitting out #ForTheGame. With that said, perhaps they're the biggest wildcard heading into this season, but they do have some impressive talent coming in to fill the gaps left by departing players.

The Beauts' coaching and management staff has also been completely overhauled. With Pegula Sports & Entertainment splitting from the NWHL, Cody McCormick is no longer with the team; instead, the NWHL has brought in Pete Perram to serve as head coach. Rhea Coad, who serves as an assistant coach at Nazareth, is also on staff as an assistant coach. Mandy Cronin serves as the team's GM and goalie coach. The team is now once again owned and operated by the league.

Another big change: the Beauts are also no longer playing at Harborcenter, a PSE-owned facility that they'd played in since the beginning. They'll now play at the Northtown Center at Amherst, with a schedule that includes games at 11:30 am, 7:30 pm and everywhere in between. With a new rink, fans should expect broadcasts to look and sound a little different, too. Justen Ehrig, who has worked Beauts games in the past, and Steve Bermel will serve as the team's broadcast crew this season. Buffalo is the only team with an all-male broadcast crew.

Honestly. As I said earlier, the Beauts are a huge wildcard this year with so many new players, a completely new coaching staff and a new arena. Expect Corinne Buie, who's previously served as team captain, to be one of the leaders on and off the ice this season, regardless of whether or not she ends up with a letter on her jersey.

Losing some of their biggest players, including Hayley Scamurra (NWHL Player of the Year), Maddie Elia (Most Valuable Player), Blake Bolden (Defender of the Year) and Shannon Szabados (Goaltender of the Year) puts the Beauts at a disadvantage. With nearly an entirely new team, they've got to build chemistry quickly – and starting off the season with a three-game road trip should offer just that chance.

This new crop of Beauts have some big shoes to fill; the team has made it to the Isobel Cup every year of the NWHL's existence. The loss of Pegula Sports & Entertainment is undeniably a big blow to the organization and to the league as a whole. The almost entirely new roster won't have known the benefits of the PSE partnership, though.

Some growing pains with such a new squad can be expected. Looking at the team's schedule, it'll also be interesting to see how they handle some huge gaps in the schedule. Having games scheduled at different times of the day could also have the potential to change players' schedules/rituals, so the team will have to find a way to overcome that. For instance, the Beauts play at 7:30 PM on November 23 against Minnesota; the teams are back at it less than 24 hours later for a 1:00 PM game that Sunday. That's a quick turnaround, but not uncommon in women's hockey scheduling, unfortunately.

As of September 29, the Beauts have signed 17 players, with a potential maximum 25 roster spots. They've still got a few open slots – and likely will when the season begins – but could sign additional bodies in the coming days. Several free agents skated with the team in their preseason game against Brock University, including Richelle Skarbowski, Ana Orzechowski, and Erin Gehen.