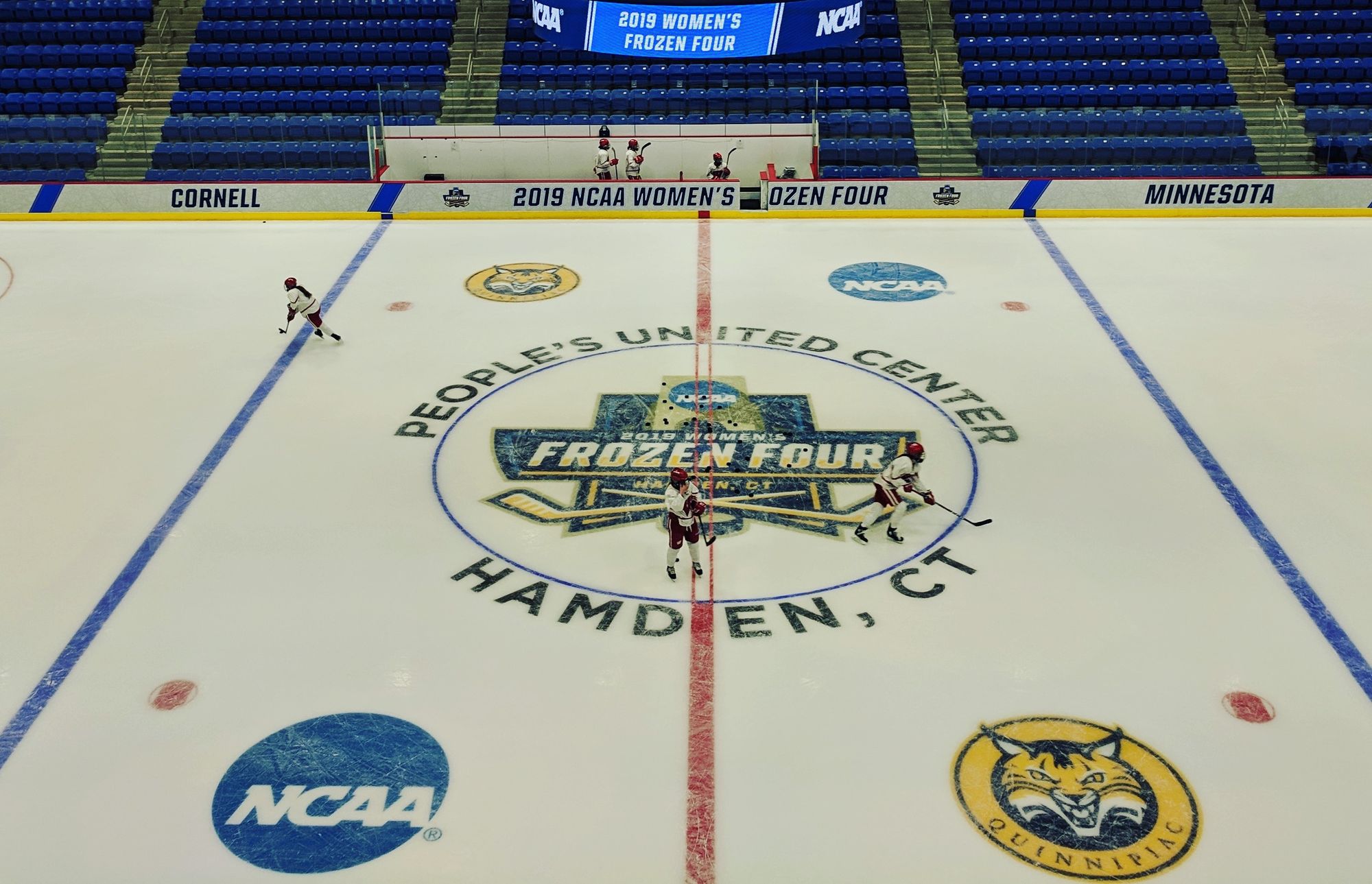 It's the last week of action for the 2018-19 season. By Sunday evening we will have a national champion.

These teams have met just four times and the Gophers have won them all. They haven't played each other since 2012.

Cornell upset Northeastern to make the Frozen Four, and did so by outshooting the Huskies and jumping out to an early lead. They let the Huskies back in the game late and had to win in overtime, but the Big Red have been strong here down the stretch.

Rookie Gillis Frechette has picked it up as the season winds down. She had just three points in Cornell's first 25 games, but has now tallied 10 points over the last ten games, including the overtime game-winner in the quarterfinal.

The Big Red haven't much faced any team with the firepower of Minnesota. On average, Marlène Boissonnault and Cornell face 22 shots per game. The Gophers put 37 shots on goal per game. Opponents are scoring 1.7 goals per game against Cornell. Minnesota scores 4.3 goals per game. Eleven Gophers have 20 or more points, compared to six for Cornell. There's an imbalance and the Big Red are, I think, going to struggle to handle a team with as many weapons as the Gophers.

The Gophers had their hands full with Princeton last weekend until the very end and this Cornell team beat the Tigers in the ECAC tournament just a few weeks ago. The Big Red have to play their game and maybe take a nod from the Tigers, who last week skated player for player with Minnesota and didn't let the Gophers run them ragged.

Minnesota's biggest weakness is in net. They went with Sydney Scobee in net for the quarterfinal, but she and Alex Gulstene have been splitting time and while both of their numbers are perfectly fine, they're not spectacular. Boissonnault's save percentage is similar, but she gives up fewer goals. Cornell also has a stronger overall team defense, ranking second in the country and allowing just 1.69 goals per game.

If the Big Red are going to be in this game, they have to not let Minnesota pepper them with shots. Scoring early would be on their side, so they can focus on the blue line.  The first goal might be crucial in how this one plays out. They also have to be patient on defense and not overthink what's worked for them in the past. They made some poor plays against Clarkson in the ECAC Championship game that put them down 2-0 within a matter of minutes.

This is a rematch of the 2017 National Championship game, which Clarkson won 3-0. The two teams have only played each other five times – two games in Madison in 2015 and two games in Potsdam in 2016, plus that title game. The Badgers lead the all-time series 3-1-1.

This will be Wisconsin's sixth straight trip to the Frozen Four, but they've only made the title game once in the past five years – and then they lost to Clarkson. It was an ignominious loss for the Badgers and you can bet they hold a serious grudge about how it went down.

The Badgers scored one goal all weekend. It's pretty impossible to walk away with the title that way. This year's squad has had their own struggle with scoring at times, so while they're looking for revenge from two years ago, they also have to have that power outage in the back of their heads.

Clarkson is playing in their fifth straight Frozen Four and they've won the title in three of those. The Golden Knights struggled a bit more than usual up until now, but this is a team that really seems to find a new level once March hits. Last year they won in overtime in each of their NCAA tournament games. They are an incredibly difficult team to beat.

As a whole, the Badgers have more depth. They have three lines that all consistently score goals, whereas Clarkson relies almost entirely on their top line. This is where stoppages in play will come into game strategy. With those stops, the Golden Knights rest their lines and can basically roll two lines all game. The more Wisconsin can push them and keep their players on the ice, the higher their chances are to win.

Much of the focus this year has been on the scoring from the Golden Knights' top line of Elizabeth Giguère, Loren Gabel, and Michaela Pejzlová, who nationally rank first, second, and fifth in scoring, respectively. They've combined to score 197 0f Clarkson's 374 points – or 56% of the team's scoring. Just six Clarkson players have 20 or more points. Wisconsin's highest scorer is Annie Pankowksi, with 47 points. However, they have nine players with 20 or more points and 15 players in the double digits. The Badgers have to find a way to slow down the Clarkson top line and then utilize their depth to outmatch the Golden Knights.

Defense should play a big part in this one, as both squads are capable of racking up goals. Neither goalie has been as strong as they were in years past. The Badgers have a slight edge on defense, allowing 0.64 fewer goals per game. Wisconsin is also quite a bit better on special teams.

It seems like this should be a Wisconsin win, but I would have said that two years ago as well. It fully depends on what Badger team shows up and how much Clarkson raises their game. Either way, it should be a fascinating game to watch.

↓Boston College -- With the roster of talent the Eagles had, it's a shame their season ended when it did. They played Clarkson well in regulation, but faded in the third period and seemed out-matched in overtime.

↑Princeton's Sarah Fillier -- The freshman added to her long list of accomplishments by being named National Rookie of the Year.

↑Cornell coach Doug Derraugh -- He was named AHCA Women's Division I Coach of the Year.