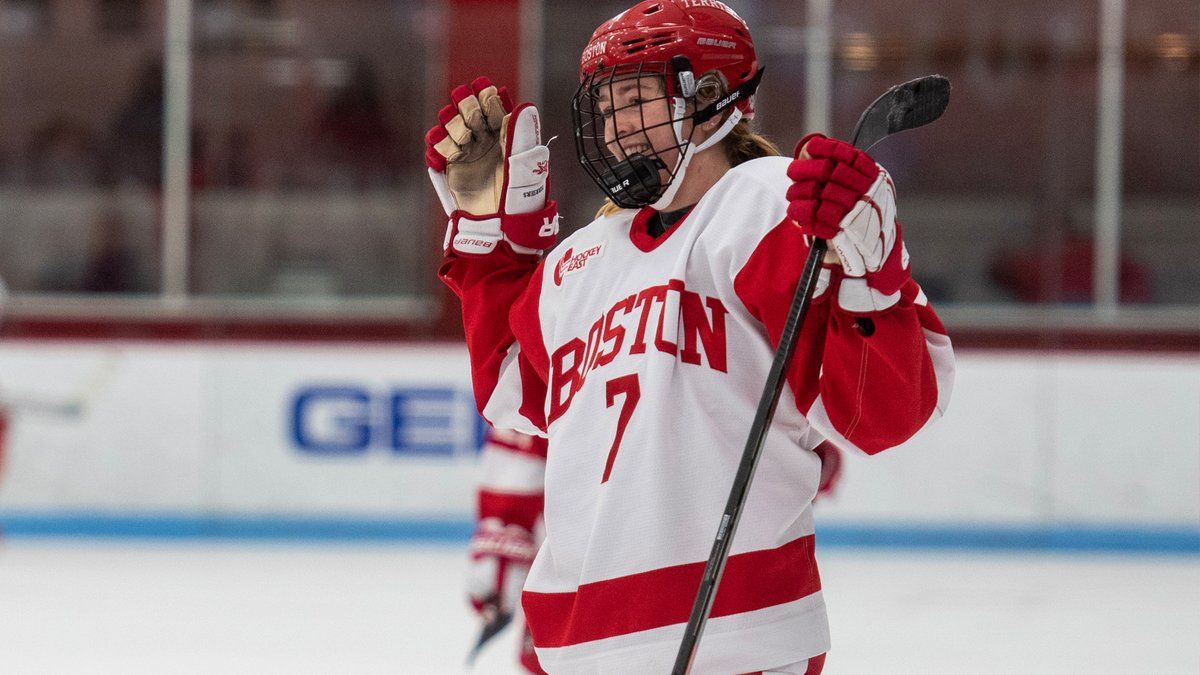 The Tigers sit atop the ECAC with a two point lead over Cornell and a three point lead over Clarkson. They are also riding the longest unbeaten streak in the nation. Thy lost their opening two games to Wisconsin and have not lost in the 19 games since then.

They faced one of their toughest tests of the season in mid-January and came out with a 5-0 win over Cornell and a tie with Colgate. The Tigers have had some long breaks in their schedule, but they returned to the ice on Tuesday with a 4-2 win over Penn State.

These two teams haven't faced each other yet this season – they're set to meet again in the final weekend of the regular season. With such a close race in the conference standings, each point will be incredibly important.

Clarkson has won six straight since losing to Northeastern in Belfast, Ireland right after the new year. They have the most potent top line in the country, but teams have shown that if you can neutralize them at all, a win is definitely possible. It's worth tuning in to see Loren Gabel, Elizabeth Giguère, and Michaela Pejzlová play.

Princeton's Sarah Fillier is a possible Patty Kazmaier Award top-10 finalist and was ECAC Rookie of the Month for both December and January. She led the entire country in scoring in January with 14 points in five games. She's having a standout season regardless of class and that she's a freshman just means there's much more to come.

Watch: A paid stream will be available on FloHockey.

Earlier in the season, these two split a series as Minnesota won the first game 5-2 and UMD earned a shootout victory after a 2-2 tie.

It's been an up and down season for the Bulldogs, but they tend to play their best hockey against their in-state rivals. Freshman Gabbie Hughes leads the team with 25 points and has been a tremendous addition to the UMD lineup this year.

UMD does tend to struggle on offense and as such, they put a lot of pressure on Maddie Rooney to make saves. She's amazing, but she's can't always be Superwoman. She had to make the most saves in the WCHA over the past month and Minnesota comes in with a squad that's basically scoring at will and averaging 4.46 goals per game.

Minnesota has two of the top scorers in the country with Nicole Schammel and Grace Zumwinkle and their game does not let up as lines switch out.

Minnesota-Duluth trails Ohio State by two points for third place in WCHA standings and are looking to get a better matchup in the opening rounds of the conference tournament.

Minnesota has a four point lead on Wisconsin at the top of the table, but the Badgers have two games in hand and will be active next week while Minnesota has a the week off. The Gophers want to get all the points they can to earn first place and an opening round bye in the WCHA tournament.

Watch: Televised on NESNPlus. A stream should also be available on ESPN+.

Against pretty much any other team in the country, I'd be giving the advantage to Northeastern. They've made it difficult to pick against them and they've handled all that's been thrown at them so far this season.

But this is the Beanpot, so for the most part, relative skill is negated by the adrenaline and rivalry that these games bring. On top of that, BU has raised their game considerably in the past few weeks. They started slow, but have built confidence over the course of the season. Jesse Compher has quietly put together an impressive offensive run and too few people have been paying attention.

Northeastern's firepower comes from rookies who will need to not let the pressure and prestige of the moment overwhelm them. For Boston schools, there are no bigger games than the Beanpot.

This is the first year in awhile where it feels totally open heading into the games. Pretty much any team could win it and that makes the tournament a lot more fun. Sure, there have been upsets over the years, but right now BC, BU, and Northeastern are all top-10 teams playing incredibly good hockey and all could write a convincing argument for why they'll win. Of course, that has little bearing on what happens on the ice, but it should be fabulously entertaining to watch.

↓Colgate – The defending national runners up have dropped to 10th in the national polls and 11th in the Pairwise after a pair of losses to Cornell last weekend.

↑Minnesota senior Nicole Schammel – Earned her 100th career point in the Gophers' weekend demolition of the Buckeyes. Minnesota swept with scores of 7-1 and 7-2, and 17 of 19 Gopher skaters tallied a point over the weekend.

↓Ohio State – The Buckeyes have lost five straight and are down to ninth in the national rankings.

↑Bemidji State coach Jim Scanlan –  He is one win shy of tying the career record for most wins by a coach at Bemidji State. His predecessor Steve Sertich had 81 wins over eight seasons and 288 games played. Scanlan is in his fifth season and has his 80 wins in 174 games coaches.