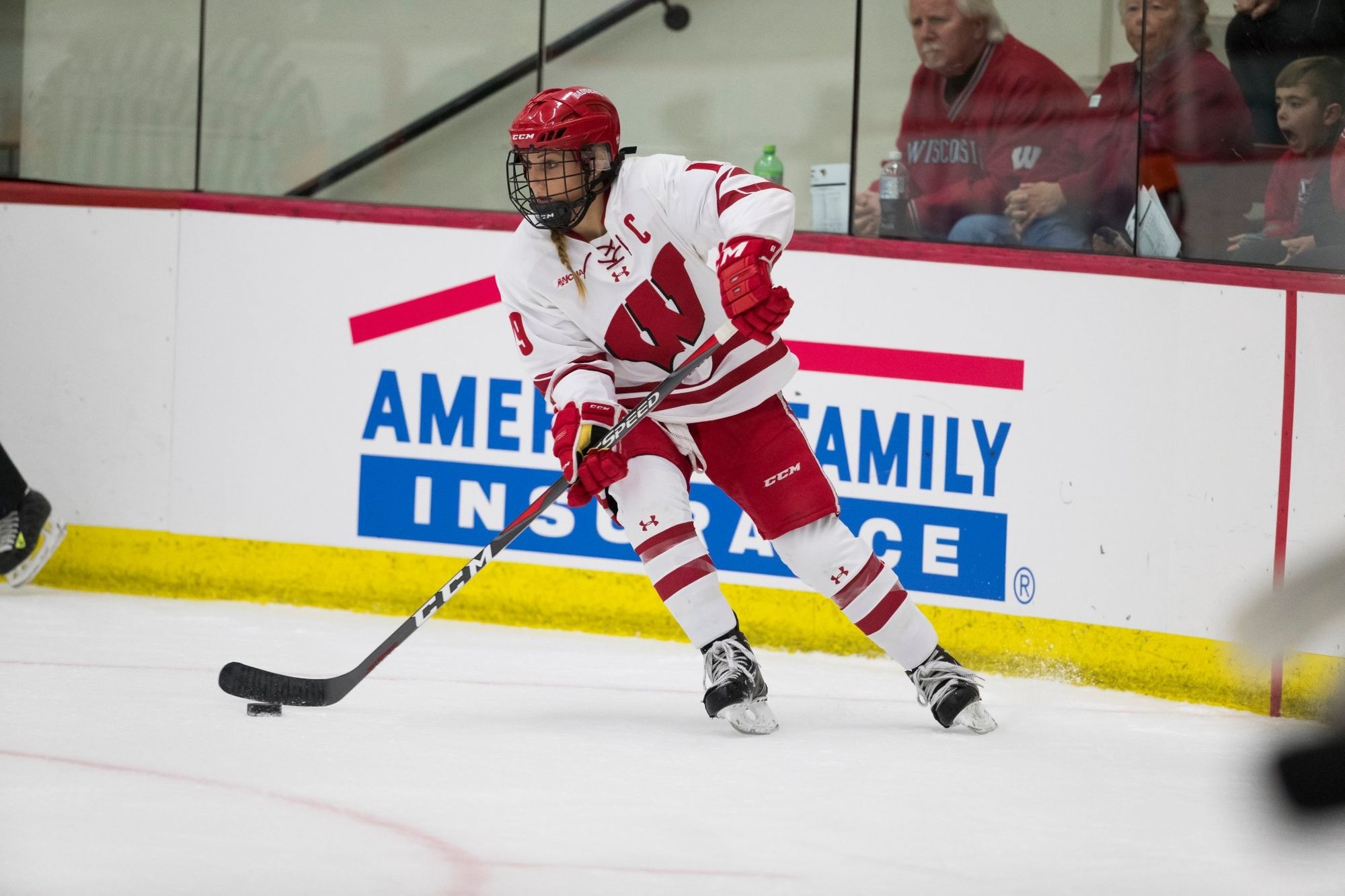 The Tigers have played more conference games than anyone else in the ECAC, making it difficult to get a solid grip on standings. Princeton has 22 points in first, but Cornell has four games in hand. The two teams played to a 2-2 tie earlier in the season and I'd expect this to be an equally tight meeting. There's a lot on the line for both teams and having a head-to-head win would serve as a solid advantage for whichever team ends up with it.

Princeton may have an advantage as they played a series to end December and had a pair of win over conference opponents last weekend. Meanwhile, Cornell last played December 1 before tying Penn State on Tuesday.

Carly Bullock and Sarah Fillier have been incredibly crucial for Princeton. Fillier is the reigning ECAC Rookie of the Month and her shorthanded goal helped turned the tide against Harvard last weekend after Princeton went down 1-0 early on.

Maddie Mills and Kristin O'Neill are the players to watch for Cornell, as they lead the Big Red in scoring.

Watch: Stream is available on StretchInternet for Friday's game at Northeastern. It's also on NESNPlus. Saturday's game at BC is free on ESPN3.

Boston College has now lost five of their last six games. That losing streak began when they lost to the Huskies 5-4 on November 27. Northeastern came from behind twice in that game to earn the win. It's basically an inexplicable free-fall for a team that had massive expectations and the roster to back them up.

There were hopes that the winter break would be a time the team could straighten things out and get back on track, but their loss to 7-9-4 New Hampshire dashed some of that optimism. Now they're playing their biggest conference competition and extending that losing streak, more or less tanking the season before January is halfway through.

The Huskies are coming off a weekend trip to Belfast, Ireland where they skated to a tie and then defeated (6) Clarkson.

Watch: A paid stream is available on FloHockey or on BTNPlus.

Last time the Badgers traveled to Columbus, the Buckeyes handed them their first-ever sweep by an Ohio State squad. OSU will be looking to repeat the feat and the Badgers certainly haven't forgotten the feeling. Both teams have a ton to play for and this will be one of the better meetings of the year.

Wisconsin heads into the second half in first place with just a single loss, but open with road trips to Ohio State and Minnesota. These three teams are within four points of each other atop the WCHA, but the Badgers have two games in hand with the Buckeyes and three with Minnesota.

Wisconsin has allowed just nine goals in 10 conference games while Ohio State is giving up 1.75 goals per game in the WCHA. The Badgers are scoring more than a goal per game more than Buckeyes as well. Ohio State will have their work cut out for them, though once again they come into the series with a goaltender who knows how to face a stellar team. Rookie Andrea Braendli had 50 saves in a 3-2 OT loss to the NWHL's Minnesota Whitecaps as the team played a set of exhibition games to open the second half.

↑Princeton – The Tigers are on a sixteen game unbeaten streak and are the only team in the country without a conference loss. They lost their opening two games of the season to Wisconsin and have not lost since.

↓Boston College – The Eagles have lost five of their last six contests and are now 13-8 on the season.

↑Mercyhurst junior Emma Nuutinen – Nuutinen had four goals and an assist in the Lakers' 8-5 win over Colgate on Sunday and was named both CHA Player of the Week and the NCAA Second Star of the Week.

↓Clarkson – The Golden Knights left Belfast with a loss and a tie and are down to sixth in national rankings and tied for seventh in the current PairWise, putting the two-time reigning National Champions in danger of not qualifying for the NCAA Tournament this year.

↑New Hampshire's Taylor Wenczkowski –  The junior scored twice in the third period to lead the Wildcats to an upset win over Boston College.