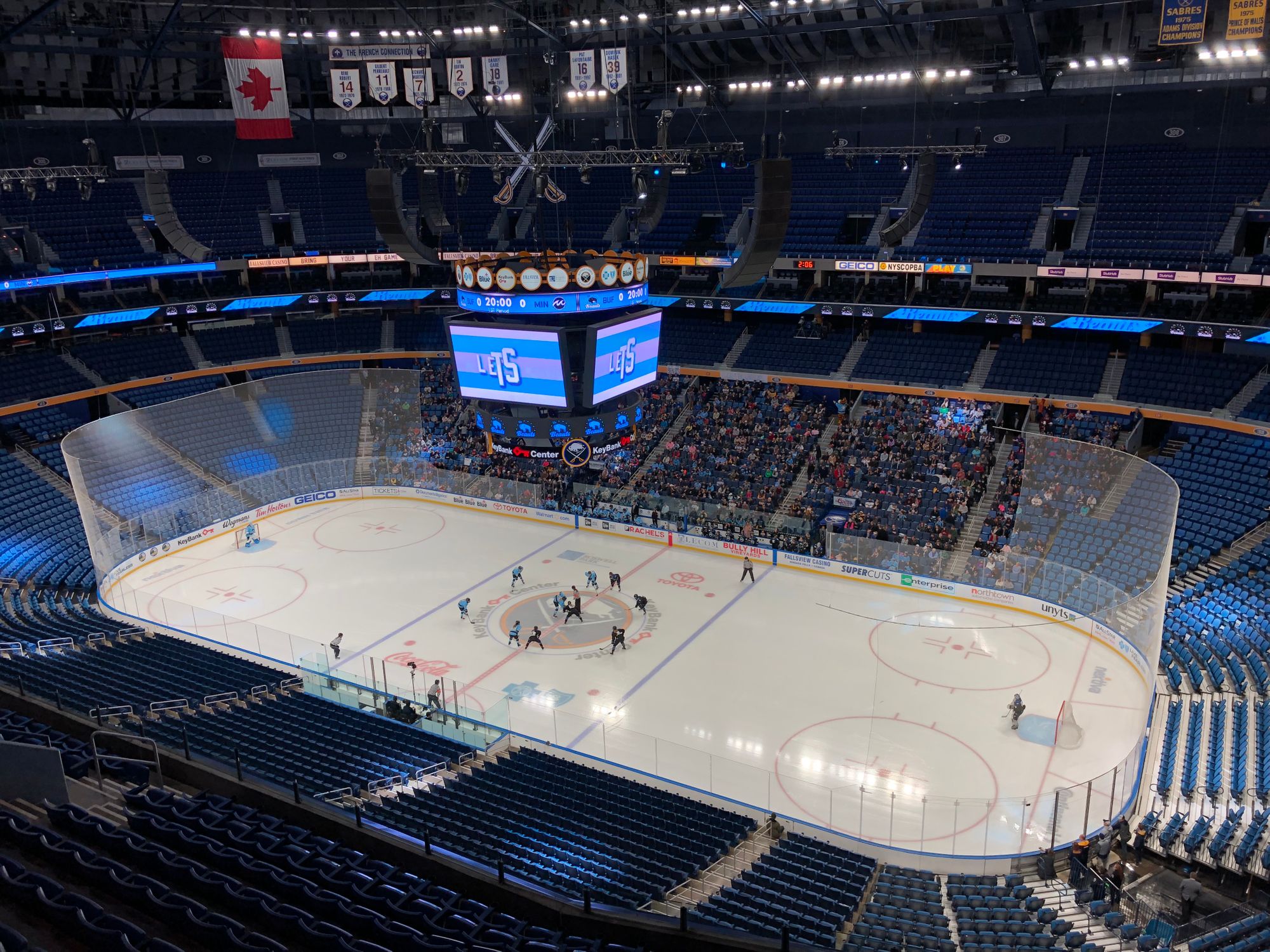 Splitting a weekend series with the Buffalo Beauts, the Minnesota Whitecaps are still tied with the Boston Pride as the top team in the NWHL. The Pride captured an overtime victory over the Connecticut Whale on Sunday afternoon. The Metropolitan Riveters remain last in the league and were inactive this weekend.

Haley Skarupa had the game-winning goal on Sunday afternoon as the Pride captured a 2-1 overtime victory over the Whale, maintaining their spot as one of the top teams in the NWHL.

The Whale certainly had their chances throughout the game, including a 5-on-3 in the first period that they were unable to capitalize on. Toni Ann Miano gave the Pride a 1-0 lead midway through the first period, capitalizing on a takeaway. The Connecticut defenders maintained their position on the first chance, but Miano was able to slide the puck back past Meeri Räisänen for the goal.

Michele Löwenhielm eventually got the equalizer for the Whale with 4:14 to play in the second period. A tip off a stick got the puck into the offensive zone, and captain Emily Fluke got the puck to Löwenhielm for the goal, stealing it off Alyssa Gagliardi's stick.

Skarupa then scored the overtime game-winner less than a minute into overtime. She had one shot at it first; that was saved, but a big rebound came out and she ended up with the puck once again. After cycling it to her teammates and getting it back along the boards, Skarupa ended up in front of the net and this time, her shot was right on point.

The goal was Skarupa's fourth of the season, tying her with McKenna Brand for second in goal-scoring on the Pride. Gigi Marvin, who has nine points in eight games this season, was scratched Sunday with an upper-body injury after she was seen leaving the rink after the last game with her arm in a sling.

The Beauts finally captured a win against the Whitecaps, but it took a lot of work to get there. The teams split their weekend series in Buffalo, a set which started off with a Saturday matinee at KeyBank Center, home of the NHL's Buffalo Sabres.

"I grew up watching the Sabres and those were some of the people I idolized, so to play at KeyBank Center was very special," said Beauts defender Emily Pfalzer.

The Beauts played well Saturday in front of a sizable crowd - reportedly over 2,000 fans - but fell narrowly to the Whitecaps, who won 2-1 on a goal by Lee Stecklein with just minutes remaining in regulation.

"They're a good team," said Shannon Szabados of the Whitecaps after Saturday's loss.  "They play their systems well, they clog the front of the net well," she added.  "They've got some good players and it's just one of those things. You can't get frustrated; we're playing well against them. Just keep chipping away."

Early on Saturday, the Beauts did a good job of limiting Minnesota's zone time. Szabados had to make a few good saves on the penalty kill after a scramble in front of the net, but kept it scoreless. Both teams had their chances on the power-play, but couldn't get on the board.

Blake Bolden opened the scoring with a shorthanded goal with just over two minutes to play in the first period. Bolden's first goal of the season came on a snipe from the top of the ice between the face-off circles.

The penalties continued in the second period, and Minnesota finally capitalized on the power-play. Kendall Coyne-Schofield tied the game for the Whitecaps on the 5-on-4, seconds after a 5-on-3 expired.

The team remained tied through most of the third period, each getting their own chances but failing to score. Stecklein scored top-corner on Szabados with 1:18 to play for the game-winning goal.

"She made an amazing play on the perfect shot," said Beauts forward Hayley Scamurra after the game. "It wasn't a breakdown, it was more of a kudos to her on the shot."

Amanda Leveille made 33 saves, while Szabados had 25 saves.

It was the first game behind the bench for new Beauts interim head coach Cody McCormick. McCormick missed the last Beauts game due to a prior commitment.

"It was a hard-fought game that could've gone either way," said Beauts forward Maddie Elia after the loss. "We just refocus, focus on the positives and come back tomorrow with the same effort, hopefully we'll have some better results."

The Beauts did, indeed, get better results on Sunday, nabbing a 4-0 win over the Whitecaps. This time, the teams took the ice back at HARBORCENTER. Elia was involved in all four goals, and Nicole Hensley had a 33-save shutout for the victory.

"Our team played really well," Hensley said after the win. "It was a pleasure to be behind them. We played really good defensively, great penalty kills, our power play was great today, too. It was a really great team win."

Buffalo struggled early on Sunday, registering only five shots on goal and allowing 15 shots against in the first 20 minutes of play. Both teams had a few dangerous chances, including one from Sarah Edney, but remained scoreless until there were about three minutes left in the opening frame.

Elia opened the scoring, tipping a shot in front of the net from Emily Pfalzer at the point. Blake Bolden also registered an assist, her second point of the weekend.

Pfalzer doubled her team's lead early in the second period after jumping on the puck after a scramble in front of the net and a rebound. Elia and Dani Cameranesi registered assists.

Hensley kept her team in it with some huge saves, including a glove save on a dangerous chance from Allie Thunstrom.

"She played amazing," Pfalzer said of her goalie. "It all started with her back there. We started off a little slow and she kept us in it, and then made an unbelievable save in the second period. She had an incredible game."

Several penalties were handed out toward the second half of the middle period, and this time, Buffalo took advantage.

This time, it was league-leading scorer Scamurra with the goal on a backhand from in front of the net. The power-play goal made it 3-0 in favor of Buffalo. Despite holding an impressive lead on the scoreboard, the Beauts were outshot and registered only three shots on goal in the last 9:01 of the second period.

Elia scored her second goal of the afternoon, shooting it top shelf from the top of the faceoff circle with 7:25 to play in regulation. With the goal, the Beauts captured a much-needed 4-0 win over the Whitecaps - their first win over Minnesota in their fourth and final game against them in the regular season.

"I think all the previous three games, we outplayed them, we had our chances but we couldn't bury them," said Beauts defender Lisa Chesson following the win. "It felt good to get a couple extra today."

The Beauts will host the Pride on Saturday for a 1:30 PM Eastern puck drop for the Twitter Game of the Week. Elsewhere, the Riveters and Whale face off in Connecticut Sunday at 1:00 PM Eastern.

The Whitecaps are off from NWHL action, but play exhibition games against Ohio State this weekend, with 3:00PM Eastern and 12:00 PM Eastern puck drops on Saturday and Sunday, respectively.