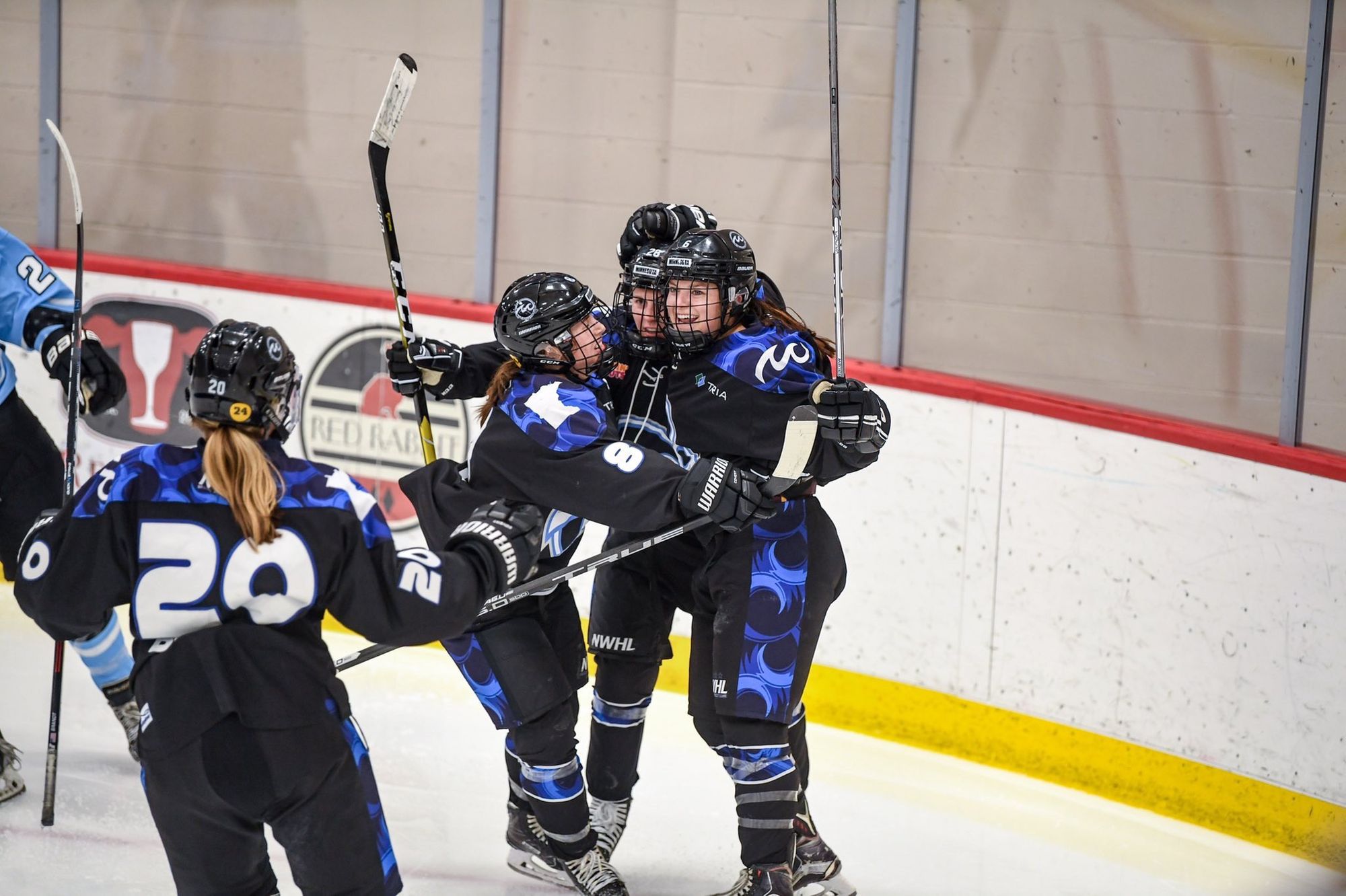 Through six games, the Minnesota Whitecaps remain undefeated after sweeping this past weekend's series against the Buffalo Beauts. Meanwhile, the Metropolitan Riveters finally found their first win of the season, defeating the Boston Pride to get a pair of points in the standings.

The Beauts and Whitecaps came together this weekend as two undefeated teams, so we knew at least one of those streaks would come to an end. As it turns out, the Beauts would drop both games as one-goal decisions.

Shannon Szabados and Amanda Leveille started in net for both games for their respective teams.

After going 0-for-4 on the weekend, the Beauts are the lone NWHL team without a power-play goal this season. The positive: they did manage to hold off the Whitecaps on seven power-play opportunities over the pair of games.

In Saturday's game, the Whitecaps found themselves on the power play nearly half of the game's opening 10 minutes. Minnesota's first goal, however, came at even-strength after Katie McGovern got Szabados out of position just enough to put the puck in the net.

Maddie Elia got the Beauts on the board late in the second period. After carrying the puck into the zone, Elia passed it to Corinne Buie; Hayley Scamurra picked it up in the corner and sent it back to Elia in front of the net to tie the game.

The teams exchanged goals in the early part of the third period. Kate Schipper put Minnesota up before Taylor Accursi tied the game once again.

Later in the third, Jonna Curtis made it 3-2, putting the puck in high over Szabados.  The Whitecaps held on for the victory.

The teams rematched on Sunday afternoon. Kate Schipper put the Whitecaps on the board just 19 seconds in, squeaking the puck between Szabados and the post from just behind the net.

After what was believed to be a Whitecaps player closing their hand on the puck, Dani Cameranesi scored on a penalty shot later in the opening frame. Cameranesi put it in through the five-hole to tie the game.

Amy Menke then scored what turned out to be the game-winning goal just 5:28 into the third period. Menke picked up a pass from Kendall Coyne-Schofield, who used her speed to race down the ice, and slid it in behind Szabados.

With the wins, the Whitecaps are now the only undefeated team in the NWHL.

Despite their struggles early on this season, the Metropolitan Riveters finally registered their first win on October 27. The Riveters narrowly defeated the Pride thanks to a late game-winning goal with just three seconds remaining on the clock.

Rebecca Russo got the Riveters on the board with under four minutes to play in the opening period. Amanda Kessel made a beautiful pass that led to the goal. Kessel would have several passes during the game that led to solid Riveters chances, even fi the puck didn't end up in the back of the net.

Pride captain Jillian Dempsey tied the game in the second period. She picked up a pass from teammate Emily Field and took advantage of the opportunity to score from the left side of the net. The goal came after a critical save by Katie Burt at the other end.

Chelsea Ziadie tallied her first NWHL goal late in the second to regain the lead for the Riveters, picking up a huge rebound in front of the net.

The Pride would once again tie the game in the third period, this time on a goal by Toni Ann Miano. After Burt gave up another rebound – which, this time, the Riveters failed to pick up – the Pride carried the puck all the way to the other end of the ice, where Miano scored.

Russo scored the game-winner with three seconds left on the clock.

Katie Fitzgerald made 35 saves in the win, while Burt had 26 saves.

Melissa's Highlight of the Week

Whitecaps goaltender Amanda Leveille made 69 saves over the pair of games in Minnesota this weekend, including 35 saves in Saturday's win. Leveille has appeared in all six of the Whitecaps' wins this season, facing a total of 169 shots. She has a 1.50 GAA and .947 save percentage and one shutout.

The NWHL is now off until November 17 to allow players to participate in the upcoming Four Nations Cup. That weekend, the Beauts and Pride will face off twice in Boston, while the Whale and Riveters meet in NJ. The Whitecaps don't return to NWHL action until December 1, but will play Minnesota-Duluth on November 3.