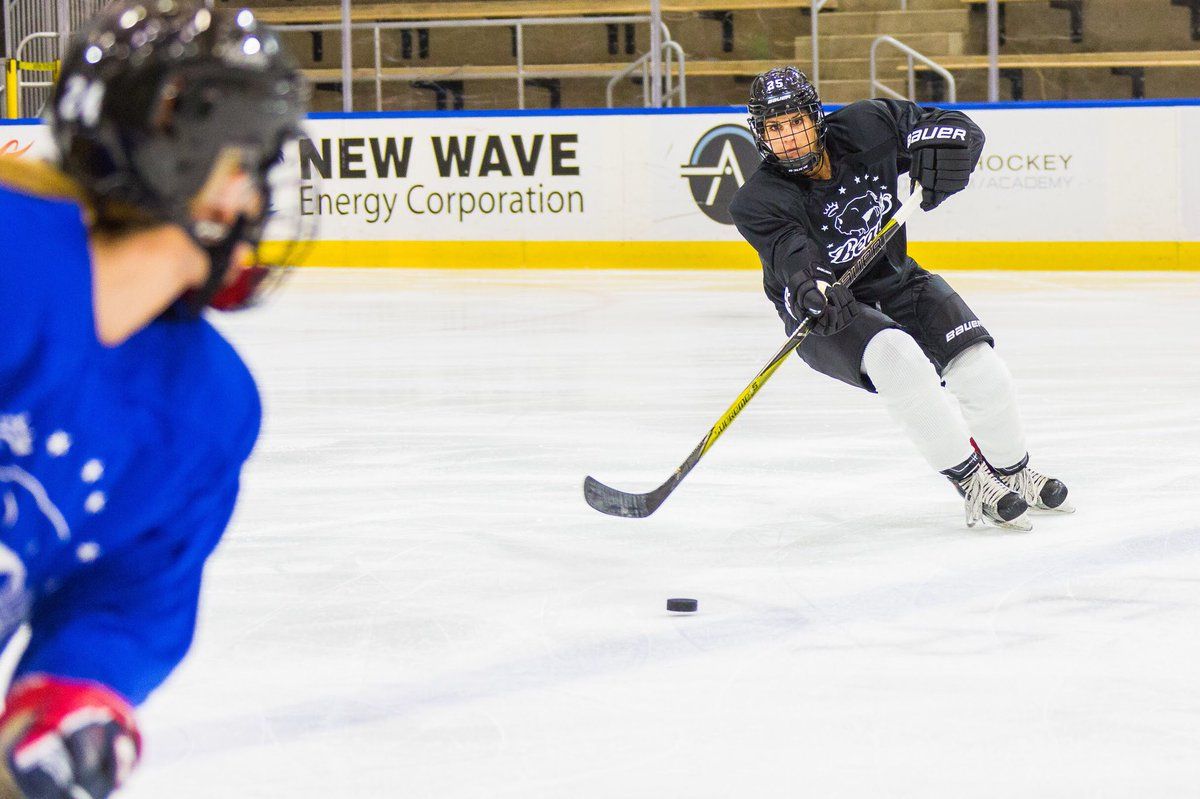 The National Women's Hockey League opens its fourth season in just over a week. For the first time, the league will hold five teams – Boston, Buffalo, Connecticut, Metropolitan and Minnesota. There are still a few roster spots open throughout the league, but for the most part, lineups seem locked in.

Here's what's happened over the past week or so:

NWHL veteran Brittany Ott has returned to the Boston Pride, joining Katie Burt and Madison Litchfield in net. Ott is an original NWHLer and has spent all three previous seasons with the Pride.

She was named the Goaltender of the Year in the league's inaugural season, won the Isobel Cup championship with Boston that year, and captained a team at last season's All-Star Game. Over the last four seasons, Ott started 43 games for the Pride and was an integral part of their success, including reaching consecutive championships in 2016 and 2017.

The Pride now have 22 players signed for the upcoming season and can add up to three additional forwards/defenders.

Lawler Back with Riveters

Erika Lawler returns to the Metropolitan Riveters for her second season in the NWHL. Last season, she registered eight points, 27 shots on goal and was a plus-8 in 14 regular season games.

She was also part of the Riveters team that won the Isobel Cup.

The Riveters have 22 players signed for the upcoming season and, like the Pride, can add up to three more forwards or defenders.

The other big piece of news this week involving the Riveters: their finally naming a head coach. After Chad Wiseman's departure, the position remained open for some time – but it was announced this week that NHL alumni Randy Velischek will be the team's new bench boss.

Velischek played for the New Jersey Devils, Minnesota North Stars and Quebec Nordiques during his career. Most recently, he has been coaching and hosting youth hockey programs in the NYC area.

Kate Whitman Annis will serve as an assistant coach. She won three collegiate championships with Wesleyan University and has coached hockey for over a decade. She works at The Pingry School in New Jersey and has served as the head coach of the girls' varsity ice hockey team there for three years.

Velischek and Whitman Annis will get their first taste of game action behind the bench this Saturday as the Riveters face off against the SDHL champions Luleå Hockey at Princeton's Hobey Baker Rink. Puck drop is set for 1:00 PM Eastern.

Tickets are available here. The game will also be broadcast live on Twitter, with Sam Fryman, Sherry Ross, and Erica Ayala on the call.

The Connecticut Whale have now reached the minimum 22-player roster, re-signing four over the past week.

Defenders Jordan Brickner and Elena Orlando, and forwards Sam Donovan and Jamie Goldsmith, will be back with the team this season.

Brickner is an original NWHLer who has appeared in 47 games with the Whale over the past three seasons. Orlando is set for her third season with Connecticut after skating with the Riveters in the league's inaugural season. She won the NWHL Foundation Award in 2017.

Donovan appeared in two games for the Whale last season, joining the team after the culmination of her collegiate career. This will be her first full pro season.

The Whale still have up to three roster spots open, including one goaltending spot.

Meanwhile, NWHL veteran Sam Faber announced her retirement. She registered 21 points in 55 games over the past three seasons, all with Connecticut.

Buffalo and Connecticut got their first taste of preseason action this past weekend as they faced off at Colgate. The Beauts came out on top by a commanding score of 7-2.

Shannon Szabados and Nicole Hensley split the game in net for Buffalo.

The Minnesota Whitecaps also played their first preseason game this past weekend, facing off against the UBC Thunderbirds. The Whitecaps won 5-0, thanks in large part to a hat trick by Allie Thunstrom.