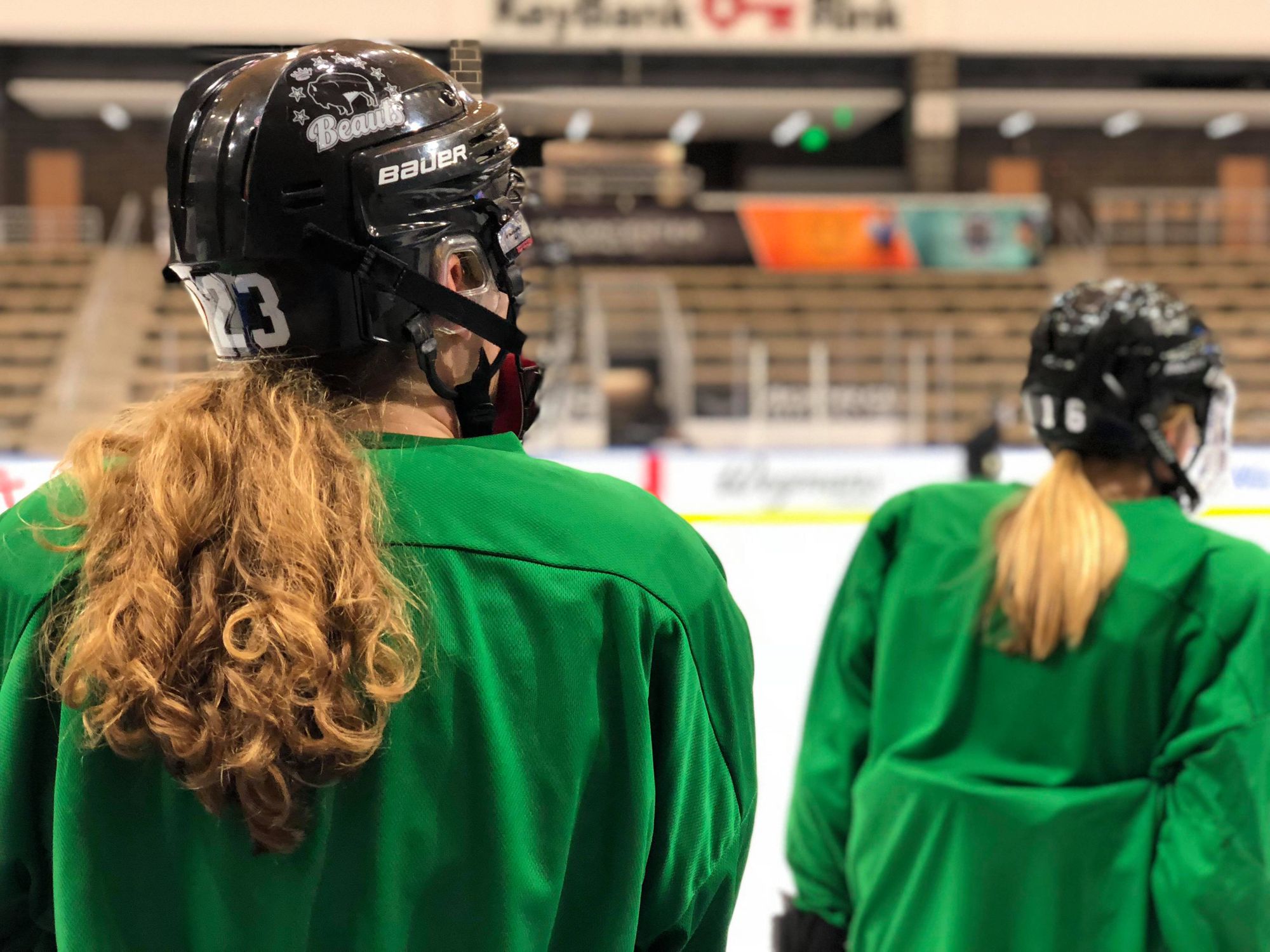 The National Women's Hockey League began its first season in 2015. The Buffalo Beauts of that inaugural season were a mixture of Olympians, local talent, and players from around the United States and Canada.

Three years later, the same can be said of today's Beauts squad: the roster for this season is again, a mix of Olympians, local talent, and players attracted from elsewhere. But the Beauts – and the NWHL as a whole – have come a long way in those years, including three Isobel Cup championship appearances.

"Every year we've had turnover and this year is no exception, just because the talent level in women's hockey just keeps improving, year after year," Seiling said.

Back in that first season, Seiling was co-head coaching alongside Shelley Looney. Now, he's joined by fellow Buffalo Sabres alumni Craig Muni behind the bench.

Jami Cohen, who runs the team's social media and assists with team operations, and Ryan Burgess, public address announcer and DJ, are the only other members of the Beauts organization who have been around since day one. (In the interest of full disclosure: I'm married to Ryan.)

As someone who's been covering the Beauts since day one, it's been incredible to watch the team and league grow and develop over the years. That first roster that included players like Brianne McLaughlin and Emily Pfalzer among a speedy group of talent was a treat to watch, in part because it was a completely new venture.

From watching the team's first-season troubles with visas for some of their Canadian players, to that first Isobel Cup championship appearance – and loss – in Newark; that first NWHL season for the Beauts, who play in my hometown, was special simply because it was the first.

I remember the Beauts' first media day, when McLaughlin said that "people don't know a lot about women's hockey." To some extent, that's still true today – but the past three years have almost certainly opened some eyes.

Watching them over the years, each season has been unique and each roster special in its own way. The 2018-19 NWHL season hasn't even officially begun yet, but the intrigue and excitement in the air here in Buffalo is palpable.

If you would've told me three years ago that Shannon Szabados would someday be playing for the Beauts, I probably would've laughed because of how impossible that seemed. Yeah, right, I would've said.

Now, Szabados will suit up for the Beauts in her first full season playing professionally against women. She's quick to acknowledge that it'll be a learning curve for her – the women's game sees more puck possession and systems –  but makes it clear that she doesn't see either the men's or women's game as better than the other.

If you would've told me that Kelly Babstock, who has been a powerhouse in the NWHL since the beginning, would be putting on the Beauts' baby blue, I would've said "No. way."

Babstock, who had spent the first three NWHL seasons with Connecticut, said she is "super proud" to be part of the Beauts' organization.

"Part of why I came to Buffalo is that winning culture and wanting to win. That's what I want to do all the time, step on the ice and try my hardest to win those games," she said.

And if you would have told me that Pegula Sports & Entertainment, owner of the NHL's Sabres and NFL's Bills, would eventually own the Beauts, well... it just didn't seem realistic at the time.

But here we are; this will be Buffalo's first season under the ownership of PSE, and it's already made a difference: from an actual, decorated locker room at the rink, to better ice time availability, training facilities, team meals, and advertising.

"The opportunity they [the players] have here, I don’t think you’re going to find it with any other women's hockey team," Seiling said.

"I can't tell you how many people have come and seen one of our games and walked out going Wow, that's not what I expected at all! It's good hockey, it really is," Seiling said. "And with the improvement of the talent level.. it's amazing how far we’ve come in four years."

Corinne Buie, who wore the C for Buffalo last season, also spoke to the level of skill increasing not just on the Beauts, but league-wide. Looking specifically at the Beauts, they're a mix of new players (like Szabados, Nicole Hensley, and Babstock)  and returning players (like Emily Pfalzer and Emily Janiga) who all must now find chemistry together as the season approaches.

"The hockey world is a small world," Buie said on day one of camp. "There isn't a girl here who doesn't know one person so we already feel pretty comfortable together. It's a fun locker room atmosphere already."

In some ways, the NWHL is still in its infancy and there are still a lot of new challenges to face. This season will mark the league's first expansion, to Minnesota. The upcoming Champions Cup with the SDHL champions will be an interesting new venture, even if it isn't as elaborate as was originally planned.

But as a writer who's been covering this league since day one and has seen its growth in the past three years, I'm excited for what lies ahead – and I hope you are too.

The NWHL begins its fourth season on Saturday, October 6.