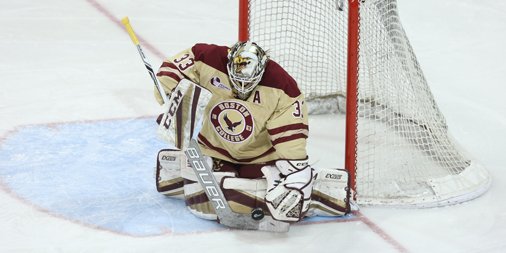 The NWHL news keeps rolling in, with four more players signed on for the 2018-19 season and some arena news for the league's newest team.

As expected, the Minnesota Whitecaps will play at TRIA Rink this upcoming season. TRIA Rink is the practice facility of the NHL's Minnesota Wild, and is also where the NWHL held its All-Star festivities this past season.

The rink is located in Saint Paul, Minnesota and holds 1200 fans, including 100 for standing-room only. According to the Minnesota Star-Tribune, the rink will be mostly general admission, with a small reserved section for season-ticket holders at center ice.

The Whitecaps will play eight home games at TRIA Rink, half of the team's 16-game schedule. Two of those games have also been announced: October 6 and 7 against the Metropolitan Riveters. It's uncertain at this point if those will mark the opening of the NWHL season, or if the season could start slightly prior.

Also per the Star-Tribune, each of the NWHL's other teams will visit Minnesota for a two-game weekend series, which certaintly makes sense logistically in terms of travel.

Whitecaps season tickets are now on sale for $150 for general admission, or $250 for the guaranteed center-ice seating. Per the league, season ticket holders will receive other benefits including early entry into games, post-game autograph sessions, private meet-and-greet events and merchandise discounts.

The Boston Pride now have three players signed for next season, including NWHL newcomer goaltender Katie Burt. Alyssa Gagliardi and Emily Field have also re-signed with Boston for their fourth seasons with the team.

Burt, 21, was drafted by the Pride with the first-overall pick in the 2017 NWHL Draft. The Boston College alum is the all-time leader in NCAA history in wins.

"I’m ecstatic to join my hometown Pride and to become a part of the NWHL because this team and this league give me the best opportunity to achieve my goals in hockey," she said.

Burt added that her aim in joining the professional league is to eventually be considered for the U.S. national team in the future.

During her time at BC, Burt went 121-13-10 and recorded 35 shutouts. She had a 1.46 GAA and .936 save percentage, setting records across the board. Her college career saw her team win four Hockey East regular season titles, two Hockey East Tournament championships and three Beanpot titles.

She has also represented the U.S. internationally at the 2015 IIHF U18 World Championships as well as the Under-22 Series against Canada. USA Hockey invisted her to the U.S. National Team tryouts in 2017 ahead of the Winter Olympics in Pyeongchang.

Burt became the first player to sign with the Pride for the upcoming season, a significant move and a big piece in building Boston's team, under the leadership of new head coach Paul Mara.

Several days later, the Pride announced the re-signing of Gagliardi and Field.

Gagliardi, 26, will be a key piece of Boston's defense core. In three seasons with the Pride, she's appeared in 62 regular season games and put up 23 points, including seven power-play assists.

She has also blocked 47 shots and is a plus-20 in her NWHL career to date.

"It's an honor to be a part of this organization for another year," she said. "We're looking to have a bounce-back season and compete for the Isobel Cup come March."

Field, 25, has put up 27 points in 61 regular season pro games. This past season, she notched six goals and eight assists in 20 games.

Both played in the 2018 NWHL All-Star Game and also played on Team NWHL in the two-game series against the U.S. National Team earlier this year.

"Alyssa and Emily are extremely talented and dedicated players who are very important to the Pride," said Mara. "We’re glad to have them back for their fourth seasons in the NWHL, and I’m looking forward to working with them."

In a surprising move, Shannon Szabados signed with the Buffalo Beauts this week.

Szabados is a three-time Canadian Olympian who has twice won gold, and is considered to be one of the best goaltenders in the world. She has played professionally in men's leagues, but joining the NWHL will mark her first time playing in a professional women's league.

She is also the first Canadian national team player to sign in the NWHL. Szabados will join Nicole Hensley, U.S. national team goaltender, in Buffalo.

The Victory Press will have a more in-depth look at Szabados' signing in Buffalo in the coming days.