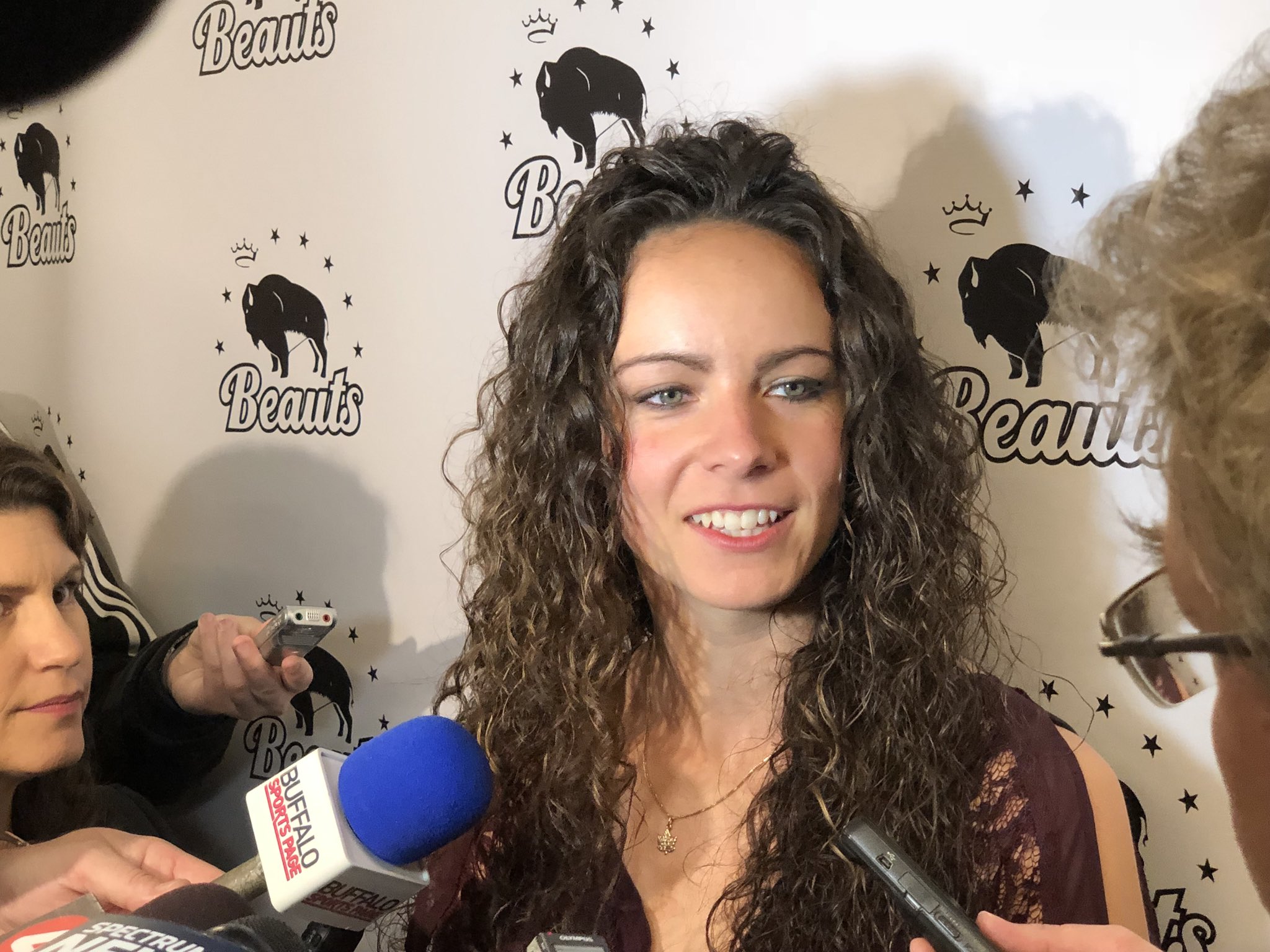 After the 2018 Winter Olympics, Shannon Szabados wasn't quite sure what her next move would be. At 31, should she hang up her skates? Give it another go in professional men's hockey? Or perhaps venture into professional women's hockey, which had been growing over the past few years?

In the end, it was option number three that proved to be the right choice for the Edmonton native, as she signed with the NWHL's Buffalo Beauts in late June.

The signing came as a surprise to many, particularly after the Beauts had already signed U.S. Olympic goaltender Nicole Hensley. Szabados is also the first Canadian national team player to sign in the NWHL.

Now, Buffalo has set itself up with arguably pro women's hockey's strongest goaltending tandem in Hensley and Szabados.

But for Szabados, signing on to play in Buffalo was something she'd been pondering for some time. Logistically, the Beauts made the most sense as her next destination; after all, Buffalo is only about three and a half hours' drive from Lorain, Ohio, where Szabados was planning to make her home after the Olympics.

Her boyfriend and ex-teammate Carl Nielson, who hasn't played professional hockey since he and Szabados were cut from the SPHL's Peoria Riverman after two games in 2016, works with his family's business -- a jewelry store -- in Lorain.

Two years ago, prior to the Olympics, Szabados said she wasn't quite sure what she was going to do.

"I briefly touched base with [Beauts coach] Ric Seiling, just to kind of see where they were at and introduce myself," she said.

Fast forward to about a month ago, when things started falling into place.

"I was kind of getting the itch to put the skates back on and play another season," Szabados said. She reached out to the Beauts once again, and talks turned into her signing earlier this week.

Her choice to play in Buffalo, she stressed, was largely made due to the proximity to Lorain, allowing her to travel back and forth with ease.

She said international competitions like Four Nations and the World Championships factored into her decision to keep playing as well. Szabados said she had conversations with Hockey Canada, as well as several of her teammates who play in the CWHL, before making her decision.

"I would love to continue to wear the red and white for as long as I can," she said.

Buffalo's staff and the direction the team is headed, she said, were ofther contributing factors in her decision. In her first day in Buffalo, Szabados met Kim and Terry Pegula, the coaches and several of her teammates.

"I've quickly come to realize the impact they've had on this team, and in the Buffalo community," Szabados said of the Pegula family. "They have their hands in everything... it's incredible to see, not only are they involved on the ownership side of it, but they're hands-on, and they're everywhere in the community."

"It's been amazing to see the process, from the development of the CWHL and NWHL, and leagues overseas as well," Szabados said. "To see how far they've come and the exposure they've gotten, and how well they've marketed games, and the fanbase around it has been incredible."

Despite her presence on the international stage and long career, joining the Beauts will mark Szabados' entry into professional women's hockey. According to her, it will require some adjustments on her part.

"They're different games," she said. "Not one better than the other; it's just a different type of the game."

"The women's game is a lot of possession," Szabados added. "The players play the game smarter, and sometimes that means hanging onto the puck a little bit longer or making a pass, whereas sometimes a guy would shoot it."

Szabados said she's excited to get started, and watching the Beauts sign fellow Olympians like Hensley and Dani Cameranesi has helped -- even though she's faced off against them recently.

"That's what you want as a hockey player," she said. "You want to play against the best, and with the best. We have that mutual respect. I know what they go through every day, I know the ins and outs of what it took to get here."

With Buffalo's impressive goaltending history in both the NWHL and NHL, Szabados knows what she's heading into.

"They've had some amazing goaltending here, on the men's and women's side," she said. "Kind of some big shoes to fill, but I'm looking forward to it."

Szabados will wear number 40, which holds special meaning for her.

"My first year that I went down and played professionally in the men's league after the Olympics, I wanted to wear number one," she said. "I kind of went down at the end of the season, and the goalie that was playing there was already wearing it."

"Bill Ranford was my idol growing up," she said. "When was traded to Detroit, he always wore number 30. Chris Osgood was already wearing it, and he took number 40. I kind of like that number, and the same situation happened to me when I was playing in Columbus."

Szabados played with the Columbus Cottonmouths of the SPHL from 2014 until 2016, becoming the first woman to play on an SPHL team. Her tenure there saw her set another record, as the first woman to record a shutout in a men's professional hockey league in 2015.

Following her time in Columbus, she briefly joined the SPHL's Peoria Rivermen, but was cut from the team after two games. Her coach then claimed that he'd only signed her as part of a package deal to acquire her boyfriend Nielsen, and pointed to the dynamic between the two players as "cancerous."

Joke's on him, however, as Szabados went on to win silver with Team Canada at the 2018 Winter Olympics in Pyeongchang, and will now continue her career in Buffalo.

Szabados is one of women's hockey best-ever goaltenders, with three Olympic medals, five World Championship medals and seven Four Nations Cups under her belt. She's made history at numerous levels, including the aforementioned SPHL, the WHL (at 16, became the first woman to play there); and the AJHL. She also practiced with the NHL's Edmonton Oilers in 2014.

Following the most-recent Olympics, Szabados took some time to recover before deciding to continue her career, but now, she's ready to get going in Buffalo.

"It was a little bit of a rough year, the demand of everything and how much we were on the ice," she said. "It was one of those years, I had some misfortunes. I've had a little bit of time to recover; I've got a good grasp on it now."