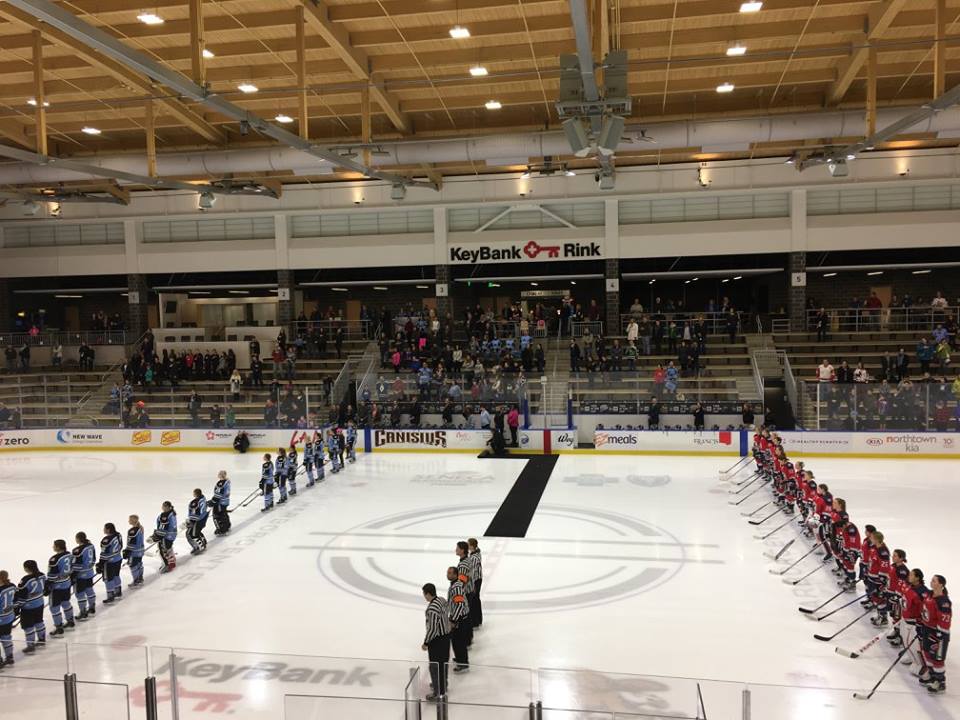 All 94 players who were on NWHL rosters last season will become free agents, alongside potential returning Olympians as well as the Minnesota Whitecaps roster.

With no restricted free agent period, and the league adding a new team, it's really open season instead of the offseason in the NWHL. Of course, it's not a given that any specific players will return for another season with the league -- and we already know that Harrison Browne has retired -- but it will certainly be interesting to see who lands where.

With the 2018 Winter Olympics all wrapped up, this leaves the Olympians open to returning to professional play. Players like Emily Pfalzer and Gigi Marvin could come back to the league, and could return to their former teams (Buffalo and Boston, respectively) or find homes elsewhere. Of course, they could also choose to sign in the CWHL or overseas.

Hilary Knight is another Olympian who could return to the NWHL, but that could be questionable after she signed with Les Canadiennes of the CWHL for the tail-end of last season. Knight previously played for the Boston Blades in the CWHL and the Boston Pride of the NWHL.

Brianna Decker also played for Boston two seasons ago, but has since found a new home: assistant coach of the 2019 U.S. U-18 women's national team. Decker will serve alongside Josh Sciba and under head coach Maura Crowell.

The addition of the Whitecaps to the NWHL could also mean adding more Olympians to the league who hadn't come to the NWHL before. Monique Lamoureux-Morando, Jocelyne Lamoureux-Davidson, Hannah Brandt, Kendall Coyne and Alex Rigsby all played for Minnesota last season and could re-join the Whitecaps or sign with a different NWHL team.

Minnesota's entry into the NWHL could also attract some of the other Olympians, particularly with the addition of USWNT Olympic head coach Robb Stauber. Of course, the introduction of the league's newest team could also prompt NWHL players with ties to the area to play closer to home, such as Sydney Rossman.

With no restricted free agency this year, it's challenging to predict who will sign where; what players will return to their teams, and who will sign elsewhere.

With that being said, here are some of the key players who skated on each NWHL team last season who could be big if they return:

Captain Jillian Dempsey would once again be a key contributor to the Pride if she returns to Boston. Dempsey led the team with 15 points last season, including a team-high seven goals. She's also one of the original Pride members and has played on Boston teams with and without Olympians.

Amanda Leveille was a critical part of Buffalo's success last year, her second full season in the NWHL. There's little doubt that the Beauts would not have gotten to the Isobel Cup Final without her filling the gap left by Brianne McLaughlin.

Kelly Babstock has consistently been a big part of the Whale's offense. This past season, she put up nine points in 14 games, and if she returns to Connecticut, would once again be a key part of the pod.

It's hard to pick just one, but how can you argue with Katie Fitzgerald? She backstopped the Riveters to their first-ever Isobel Cup appearance (and championship) and it would certainly be a big loss for the team if she signed elsewhere.

The NWHL's free agency period opens on June 1. What Olympians will return for the 2018-19 season? Who will join the Whitecaps? It'll be an interesting summer, so stay tuned.