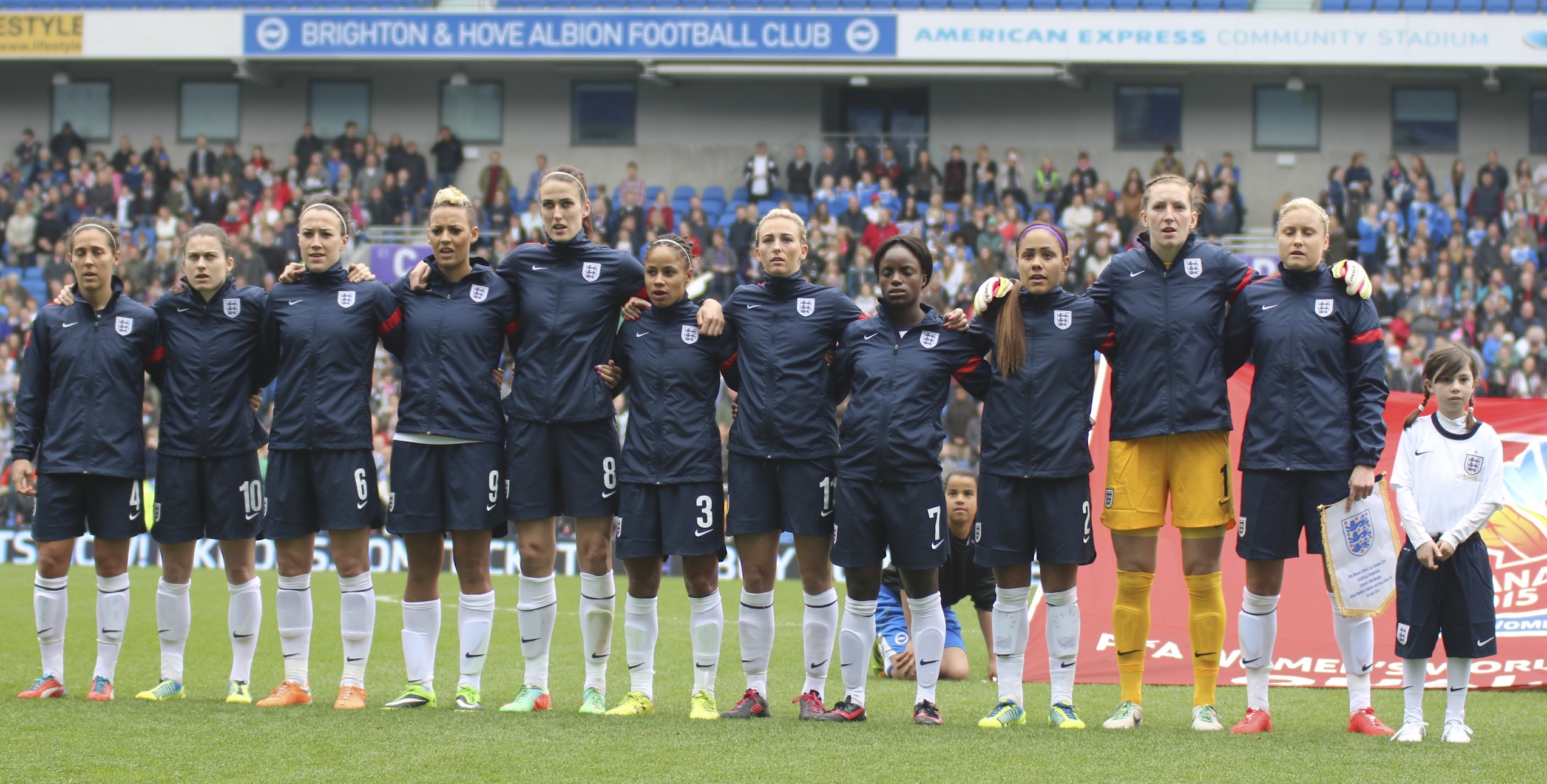 Last week, former Manchester United player Phil Neville was named the new manager of the England Women's National Team. Neville filled a post left vacant by Mark Sampson, who resigned in disgrace following a steady stream of allegations concerning his behavior toward players. The public placed increased scrutiny on the Football Association during a set of Parliament hearings on Sampson's and the FA's treatment of Chelsea Ladies striker Eni Aluko. Aluko went public with allegations that she experienced racist abuse from Sampson while on international duty and was ultimately frozen out of the squad when she complained. The next manager's hiring needed to strike the right tone and show that the Football Association was taking these issues seriously.

To put it mildly, the FA botched it in hiring Neville. Even if you just look at the merits of the decision, and ignore the social media omnishambles that immediately followed, the choice to hire Phil Neville strains credulity. Despite there being a pool of qualified candidates both broad and deep, including a number of female coaches with unimpeachable credentials in women's football, the FA insisted that there were no qualified applicants for the position.

So of course they chose Phil Neville: a man with no experience in the women's game whatsoever, whose only experience in professional football management includes a few months on Ryan Giggs' staff at Manchester United and a failed stint as an assistant manager at Valencia, and whose career since hanging up his boots consisted primarily of having bad opinions about the current state of the Premier League on Sky Sports and coasting on his status as a member of the storied Class Of '92. That, apparently, gave him such an insurmountable edge over the competition for the England Women job that the FA didn't even wait for him to express interest in the job.

If the run-up to the hiring decision was problematic, the immediate aftermath would prove to be a disaster.

Soon after the appointment was made official, Neville's Twitter history started making the rounds. The new England Women manager had a history of misogynist tweets dating back to at least 2012— all open in plain sight, all pointed towards by critics for years, none of whom were listened to until after his appointment.

"Morning men couple of hours cricket be4 work sets me up nicely for the day," followed by, "When I said morning men I thought the women would of been busy preparing breakfast/getting kids ready/making the beds-sorry morning women!"

And, a true classic:

Incredibly, the FA knew all along. Despite the Mark Sampson debacle, despite all the public pressure and scrutiny on them, despite what was at stake -- stabilizing and strengthening a team ranked #3 in the world and widely seen as a genuine contender in the 2019 Women's World Cup -- the FA decided that this was fine, actually. After Neville deleted his Twitter account and issued a perfunctory public apology (saying that his tweets "were not and are not a true and genuine reflection of either my character or beliefs"), the FA chose to stick by their decision without even giving a cursory defense.

Besides publishing Neville's statement, their only official acknowledgement of the issue was to confirm that he would not face disciplinary action, saying that his tweets (which would normally result in fines or suspensions for currently active players or club coaches) did not "meet the threshold" for formal charges.

Just so we're all clear on this: the new England Women manager was shown to have posted a tweet in which he joked about beating his wife (among other things), and his employers are sticking with their decision to hire him.

English football has a pervasive problem with violence against women. Domestic violence in the UK spikes when England crashes out of the Men's World Cup, and while non-profits and the media track this trend, little is done to actually address the problem. In an environment where women are often explicitly discouraged from leaving their abusive partners, perhaps this is to be expected. Certainly, pointing out the sheer scale of the problem hasn't shown to be especially productive in addressing it.

Earlier this month, Liverpool defender Jon Flanagan pled guilty to beating his girlfriend in a bar. The club chose not to terminate their relationship with him, and fans were reluctant to condemn his behavior.

In 2013, Raheem Sterling -- who currently plays for Manchester City -- was charged with assaulting his girlfriend but ultimately acquitted. The story has since faded into the mists of time. So too has the incident involving Leicester City defender Danny Simpson. His story, in which he was charged and found guilty of assaulting his ex-girlfriend, only made below-the-fold headlines because his sentence, a 10:00 PM curfew, would've prevented him from celebrating with the rest of his team following their historic Premier League title win. (Don't worry though, his sentence was commuted in short order and Simpson got to smash it with the lads, as it were.)

And let's not forget Ched Evans -- convicted of rape in 2012, sentenced to five years in prison, served half of that sentence, and after launching a PR blitz concurrent with an appeal on his conviction (which ultimately had the original verdict overturned and him being found not guilty), experienced only relative disruption to his footballing career. The current Sheffield United striker would've spent more time off the pitch had he suffered a nasty ACL tear instead of a rape conviction.

At all levels of the game in England, on the men's and women's side, for both club and country, the message has become crystal clear: men who commit violence against women and girls are largely protected from the consequences of what they do. The professional and cultural climate ensures that abusive men rarely ever see their careers in jeopardy because of their behavior. Both the FA and clubs have demonstrated that they will strain to turn a blind eye to violence against women, and when they can't possibly ignore it, they will simply downplay and dismiss. And in the case of Phil Neville, it's clear that not even talent or experience (or, indeed, enthusiasm for the job) will be considered a mitigating factor as the institutions of English football lumber to their defense.

They say the first step toward fixing a problem is acknowledging the problem exists in the first place. The FA, and indeed all of English football, knows there's a problem with violence against women. They just don't care. How exactly do you fix that?