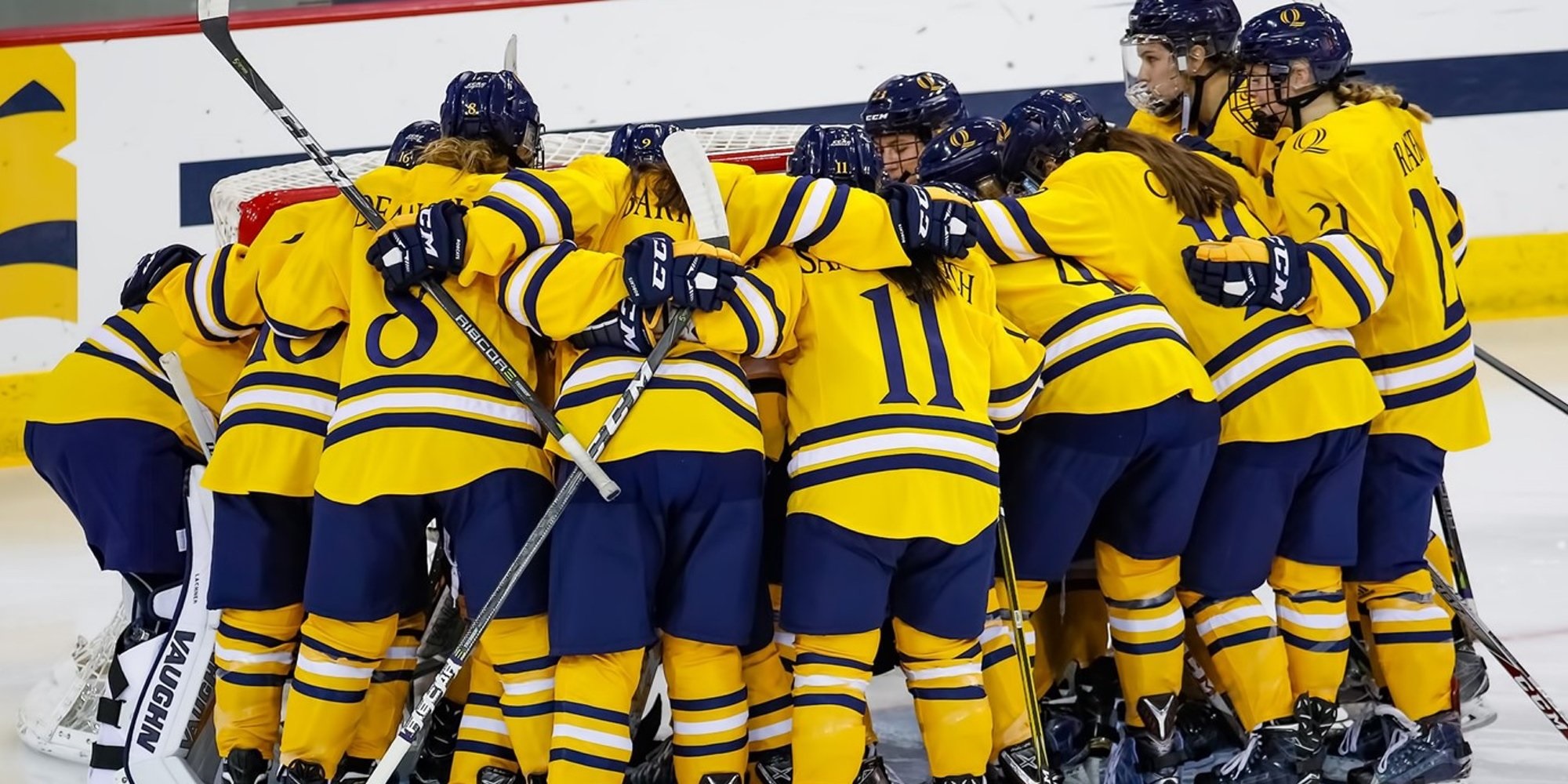 There are no top 10 matchups and a few teams are idle, so I'm focusing on those games you can watch for free:

The reigning national champions dropped a spot in the polls after a loss to Vermont last weekend. Quinnipiac is a team that has a lot of good pieces, but doesn't always seem to know how to put it all together.

Both of these teams are defensive-minded, so I expect a low scoring game, but that doesn't mean it won't be interesting to watch. These two always seem to have each other's number and there's a lot of finesse involved with how they play each other. Pay attention for line matching, faceoff changes and other tactical moves from both benches.

The Bobcats have a couple of offensive threats in Taylar Cianfarano and Melissa Samoskevich, but as a whole the team is struggling, averaging less than two goals per game. That's not helping sophomore goalie Abbie Ives, who is trying to follow a pretty good goalie in Sydney Rossman.

On paper, things seem to be going well for Clarkson -- they've allowed just 17 goals all season and are scoring more than four a game. But they've now got two losses and their next four games should pose serious challenges for them.

The Golden Knights have Cornell and Colgate back to back to end January, but the back end of their schedule is fairly friendly. They need to come out of this weekend with two wins, both for their record and their confidence.

Princeton is a team that keeps feeling like they're on the edge of breaking through, but keep falling short. They've been ranked on and off over the past few seasons, but just can't seem to make everything gel.

St. Lawrence has impressed me this season by maintaining their spot among the top teams despite some key graduations. The Saints aren't a team that's going to overwhelm anyone, but they keep playing very solid hockey. The room for error for them isn't great -- five of their six wins are by two or fewer goals and when they let the other team get going on offense, they don't necessarily have the means to keep up.

Steph Neatby was a standout for Princeton last season as a freshman, but it's not been a great start to her sophomore season. She posts a 1-4-2 record, though she's averaging just 1.98 goals against per game. She needs help from her defense and the Ivies have less time on the ice than everyone else, so the team is playing catch up.

Hockey East is a conferenece I have absolutely no grasp on. When I wrote up season previews, it was near impossible to predict where teams would fall in spots 4-9. It turns out I could have said in spots 2-9. It seems clear the BC is the top dog and is unlikely to lose that spot.

But from there down, teams have been surprising in good and bad ways. Connecticut is a team I picked to make a move towards the top of the standings this season. They have a good, experienced roster and seemed primed to make some waves.

Instead, they are 0-3-2 in conference and 4-4-3 overall. I still think the Huskies are a team no one should overlook and they've got a chance to surprise some squads that don't take them seriously enough, but they don't seem to be the challengers I thought they could be.

Boston College's main concern is on defense -- understandable with their top three blue liners spending the season with Team USA. The Eagles are doing just fine in Hockey East and they have the offensive firepower to cover up any holes on defense, but they need to be using these weeks against bottom half division opponents to work on getting their young defense up to speed. The things they can get away with right now won't be as infallible come playoff and postseason time.

↑Boston College's Katie Burt -- The senior goalie tallied her 100th career win last weekend. With the win, she became the fourth goaltender in women's DI history to that mark and is now tied for second on the all-time wins list, 14 back of first place.

↓Clarkson -- After their second loss, the Golden Knights fell to fourth in the polls. They haven't ranked that low in about a year.

↑Colgate -- The Raiders received votes in the preseason polls, but were not ranked when the pucked dropped on the 2017-18 season. Since then, they've steadily climbed the rankings. Last week's No. 4 ranking was a program best and they surpassed that this weekend, moving into the No. 3 spot.

↓Boston College -- The Eagles lost to St. Lawrence last weekend, the first blemish on their record.

↑Brown -- The Bears earned a 3-2 victory over Dartmouth last weekend, meaning every team in DI has at least one win this season.

↑RMU's Brittany Howard -- The senior continues to dominate offensively -- she leads the country with 14 goals in just 12 games played.