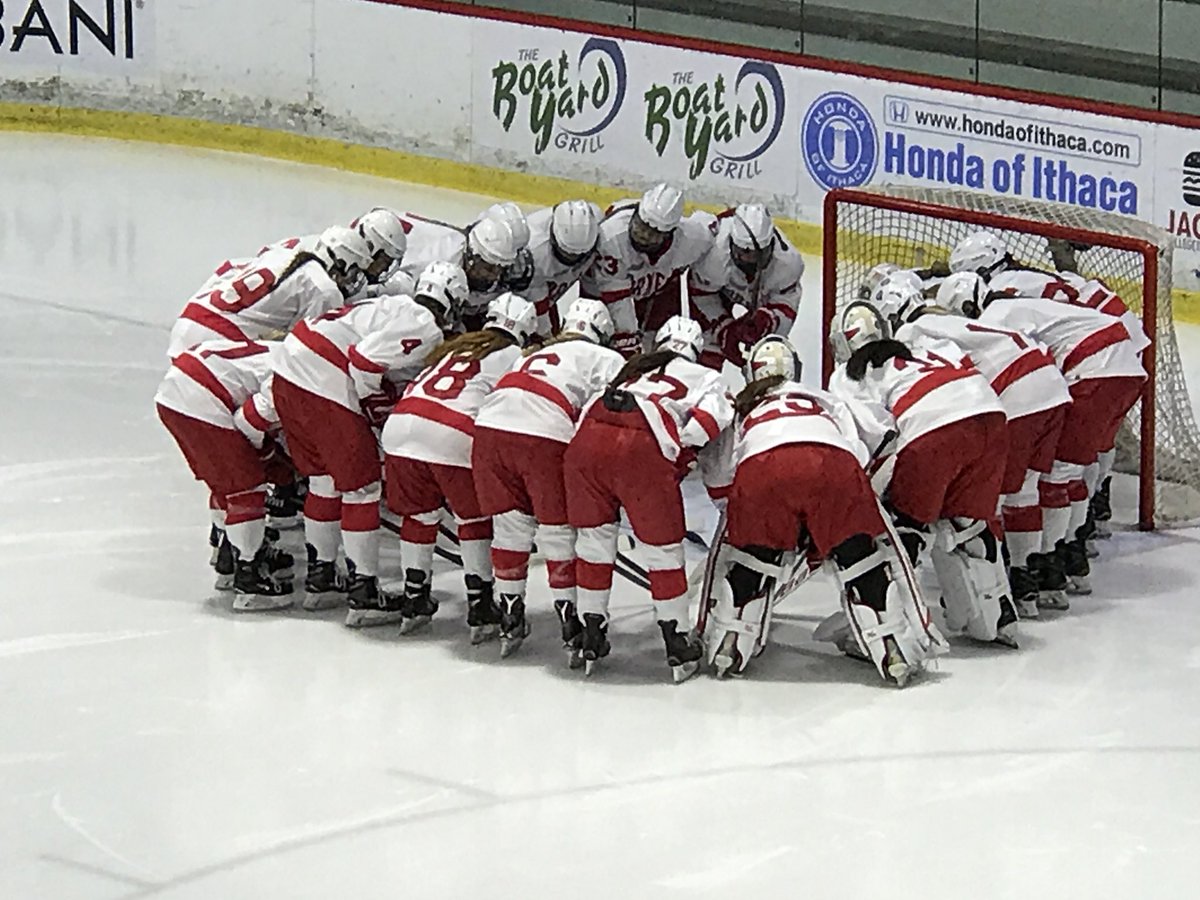 Watch and listen: Online streams available through Ivy League Network at $10.95 a month.

We all expected last weekend's series between the Badgers and Ohio State to be a much tougher test for Wisconsin. They came out of the past two weekends unscathed, something no one expected. UW and BC are the only two undefeated teams left in NCAA women's hockey.

Cornell was beaten 6-0 two weeks ago by Clarkson, but otherwise have handled their business early in their young season. Ivy League schools have separate rules and those teams don't take the ice until a month after the other NCAA teams. So while the Badgers have 14 games under their belt, Cornell will be taking the ice for just the fifth time.

That lack of in-game experience could be an issue for the Big Red this weekend. Wisconsin has nothing but confidence and momentum. They did have their longest travel of the season and they've never played at Cornell, but at this point, it's going to take a lot for any team to unseat the Badgers.

Wisconsin already had six players in double-digit scoring -- all of them rank in the top 18 in the country. Goalie Kristin Campbell has a .949 save percentage and a 0.93 goals against average.

Cornell will be tested on defense. They're already averaging 2.50 goals given up per game and the Badgers are scoring at a 3.79 goals per game clip. Adding to the mountain the Big Red will need to climb is the fact that Wisconsin is allowing less than a goal per game.

Boston College looks to keep their undeated season intact as they travel to St. Lawrence this weekend. The Saints will have to figure out a way to slow down the high-powered Eagles offense -- they're averaging nearly 4.5 goals per game and freshman Daryl Watts is averaging three points per game herself.

The plus side for St. Lawrence is that the BC defense has been struggling a bit and that wasn't helped when Cayla Barnes was called up to the US Women's National Team. If they can lock down their own zone a bit and slow down the BC offense, there's definitely room to sneak out a win. A big key for the Saints will be staying out of the box. Boston College is lethal on the power play, so St. Lawrence has to limit those opportunities.

Grace Harrison has been having a good year in net for the Saints, so if she can get the defense to stand strong in front of her and even just slow down the BC offense, it could be a very interesting series.

Watch: A free stream is available from Maine.

These two appear to be very evenly matched. Maine has the better overall record, though Providence has fared a bit better in Hockey East. Their team offense and team defense numbers are similar, as are their scoring stats.

Maine is hoping to prove they belong in conversations at the top of Hockey East and in national talk, as well. Providence is looking to hold their position in the top half of the conference and within striking distance of New Hampshire, BC and Vermont.

↑Wisconsin -- Having lost a ton of talent to graduation and the Olympics, perception was that the Badgers may struggle this season with the youngeset roster Mark Johnson had ever coached. Instead, Wisconsin is 14-0-0, allowing less than a goal per game and came through a particularly tough stretch unscathed.

↓Ohio State -- The Buckeyes had a gut-check weekend in Madison as the Badgers beat them 7-0 and 3-1. If there's ever a time that's good for something like that, early November isn't the worst. How OSU responds this weekend should tell us a lot about the makeup of the team.

↑New Hampshire -- The Wildcats had a win and a tie last weekend and continue to lead Hockey East. Sophomore Carlee Turner was co-Hockey East Player of the Week after scoring both goals in Friday's tie and adding a goal and two assists in the Wildcats' 6-2 win. UNH was an earlier powerhouse in NCAA women's hockey and it's good to see the program stepping up here again.

↓Brown -- The Bears remain our only winless team this season.

↑Mercyhurst's Vilma Tanskanen - The North Dakota transfer had a hand in three of the four goals her team scored on Friday and then assisted on their only tally on Sunday.