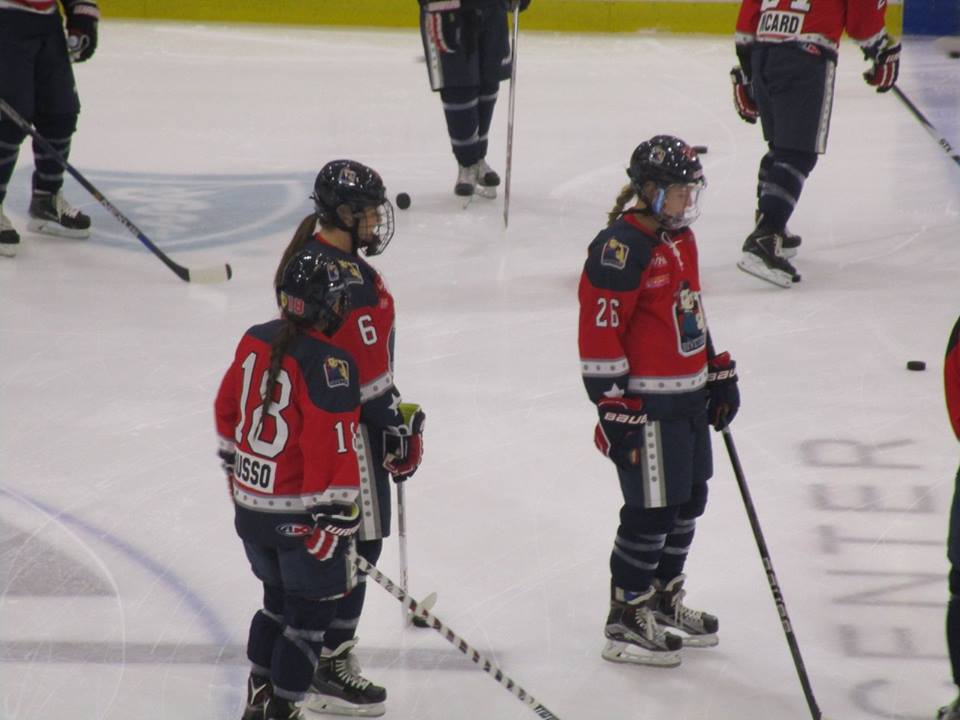 If there was an award for Most Improved Team in the National Women's Hockey League, there's no doubt that it would have been awarded to the New York Riveters.

In one season, they went from the bottom of the standings with a record of 4-12-2 to second-place in the league with a respectable 8-7-3 record. They earned 19 points this season, compared to just 10 in the inaugural season. And if you look at goals, they improved across the board, scoring 55 this season (41 in the first season) and allowing just 58 goals (to last year's 78).

In many ways, the New York Riveters became a significantly better team in the sophomore season of the NWHL. A huge part of that, of course, lies in the roster -- where they had some big losses, but made some big additions as well.

The Riveters lost their leading scorer, Brooke Ammerman; they also lost two of their goaltenders, in Jenny Scrivens and Nana Fujimoto. Lyudmila Belyakova didn't return to the team, and Morgan Fritz-Ward retired in December, midway through the season.

But with those departures, they also picked up some important players, including goaltender Katie Fitzgerald. She'd backstop the Riveters through most of the season and was often the best player on the ice. Fitzgerald finished the season with a 3.01 GAA and .901 save percentage and a 7-6-1 record.

It's little surprise, then, that she was named Best Goaltender by the media at the end of the season.

The additions of Amanda Kessel, Miye D'Oench and Milica McMillen, among others, also contributed positively to the Riveters lineup.

D'Oench had a productive season offensively, as she contributed 14 points (5-9) in 18 games. She led the team, alongside Madison Packer and Courtney Burke, with a pair of game-winning goals.

McMillen, a defender, racked up nine points (3-6) and registered four power-play points on the season. She also had 17 blocked shots and finished the season at a plus-3.

Kessel only played eight games in the season, as she was sidelined for portions due to injury. But when she was in the lineup, she was a presence, putting up 18 points (4-14). Her season included eight power-play points (2-6) and was a plus-3.

New York may have ended their season on a high note, but it certainly didn't start off that way. The Riveters started the season with a three-game losing streak before finally achieving their first win on November 12. They would lose four of the next five games before finally stringing together a pair of victories.

The high point of the season, however, was the period from January 29 until March 12. The Riveters won four of five games in that stretch, which was the final push that they needed to clinch second place in the NWHL. That period also included their season-closing 3-2 win over the Boston Pride, which ended Boston's lengthy undefeated streak and spoiled their perfect season.

New York was riding the high of that victory when they came into the Isobel Cup semifinal against the Buffalo Beauts, a team they'd gone 3-3 against in the regular season. The closely-matched contest ended in defeat, as the Beauts topped New York by a score of 4-2, and with that, the Riveters season was over.

In addition to Fitzgerald being recognized by the media award, captain Ashley Johnston was given the Denna Laing Award, as chosen by the NWHLPA for the player who most exemplifies the qualities of perseverance, sportsmanship, and dedication to her sport.

Rebecca Russo was also voted one of the NWHL Fans' Three Stars of the Season, while Michelle Picard was the Riveters' recipient of the NWHL Foundation Award.

Going forward, the Riveters will be without the hard work and dedication of Madison Packer, who's hung up her skates, and that of Taylor Holze as well. They'll both be missed -- especially Packer, who registered 13 points (8-5) in 17 games, including five power-play points.

There are still a lot of questions heading into the third NWHL season, but if New York can build off this successful season that really revamped their roster and saw their record improve significantly, they'll be in a good place next year -- especially if Katie Fitzgerald continues to tend their net.