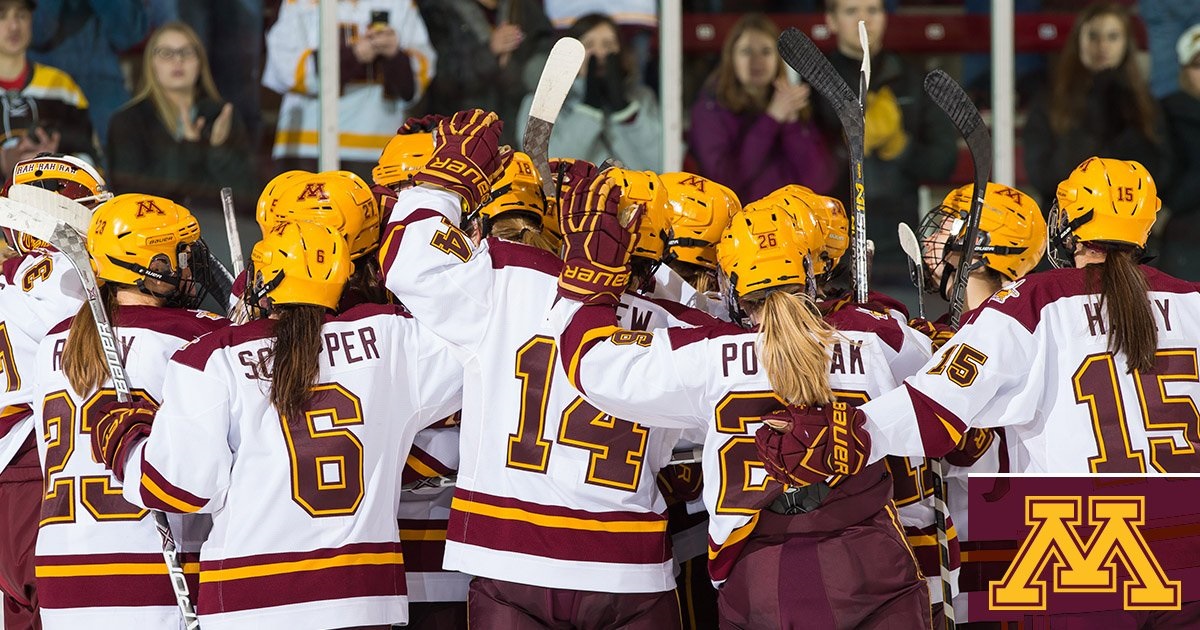 It's the final week of the NCAA regular season!

This regular-season-ending series doesn't have quite the same amount of cachet we thought it might when the season started, but it's still two of the top teams in the country battling it out and one of the games will be nationally televised.

This is one of those deep-seated rivalries where the strength or weakness of either team isn't really relevant. The squads will both play their absolute best against each other and neither will give an inch.

Wisconsin has shown a propensity for not being able to bury the puck in games where they really need to -- we saw it last weekend against UMD. But Minnesota has been struggling a bit in net, so it'll be interesting to see who comes out on top.

Kelley Pannek has been leading the country in scoring for most of the year, but actually hasn't been as prolific in recent weeks. The second and third Gopher lines have been finding their scoring touch and helping to share the offensive burden.

The Badgers will be looking to maintain the momentum they have from the huge 8-0 win they had in game two against Duluth last week, and the Gophers will be fighting to prove they still belong in the top four. They're keeping a close eye on the Pairwise and hoping to keep home-ice advantage all the way into the NCAA tournament.

Clarkson has clinched their spot in the ECAC tournament. Cornell has a three point lead on Colgate, Princeton, and Quinnipiac, who are sitting at spots 4, 5, and 6 in the standings. Only one of those squads will earn home ice for the conference tournament, so every minute of these games this weekend has post-season implications.

Colgate, Princeton and Quinnipiac all currently sit on the outside looking in on the Pairwise rankings, while Cornell is the team they're all looking to usurp.

St. Lawrence had their position become a lot more precarious with a loss and tie last weekend, so they need to rebound and secure their spot.

No matter what, they should be incredibly entertaining, hard-fought games.

Watch: Looks to be available free through NSN Sports.

Vermont should dominate this series and they're playing to earn themselves home-ice in Hockey East. They're currently tied for the final slot with Providence, who play at BC this week. But Merrimack is trying to earn their first conference tournament berth. They've got a game in hand against Maine, who leads them by just one point for the final spot. Merrimack is in just their second-ever NCAA DI season and it would be a huge accomplishment to make it into the tourney.

↑Minnesota State Mankato -- The Mavericks had lost 10 straight shoot outs (dating back to 2012) before they beat Ohio State in one last weekend.

↓St. Lawrence -- The Saints dropped two spots in the polls this week after tying Quinnipiac and losing to Princeton.

↓Minnesota-Duluth's Ashleigh Brykaliuk -- She was her 19-game point streak end last weekend against Wisconsin. But it was the second-longest such streak in Bulldogs program history.

↑Clarkson -- The Golden Knights have clinched at least a share of the regular season crown in the ECAC.