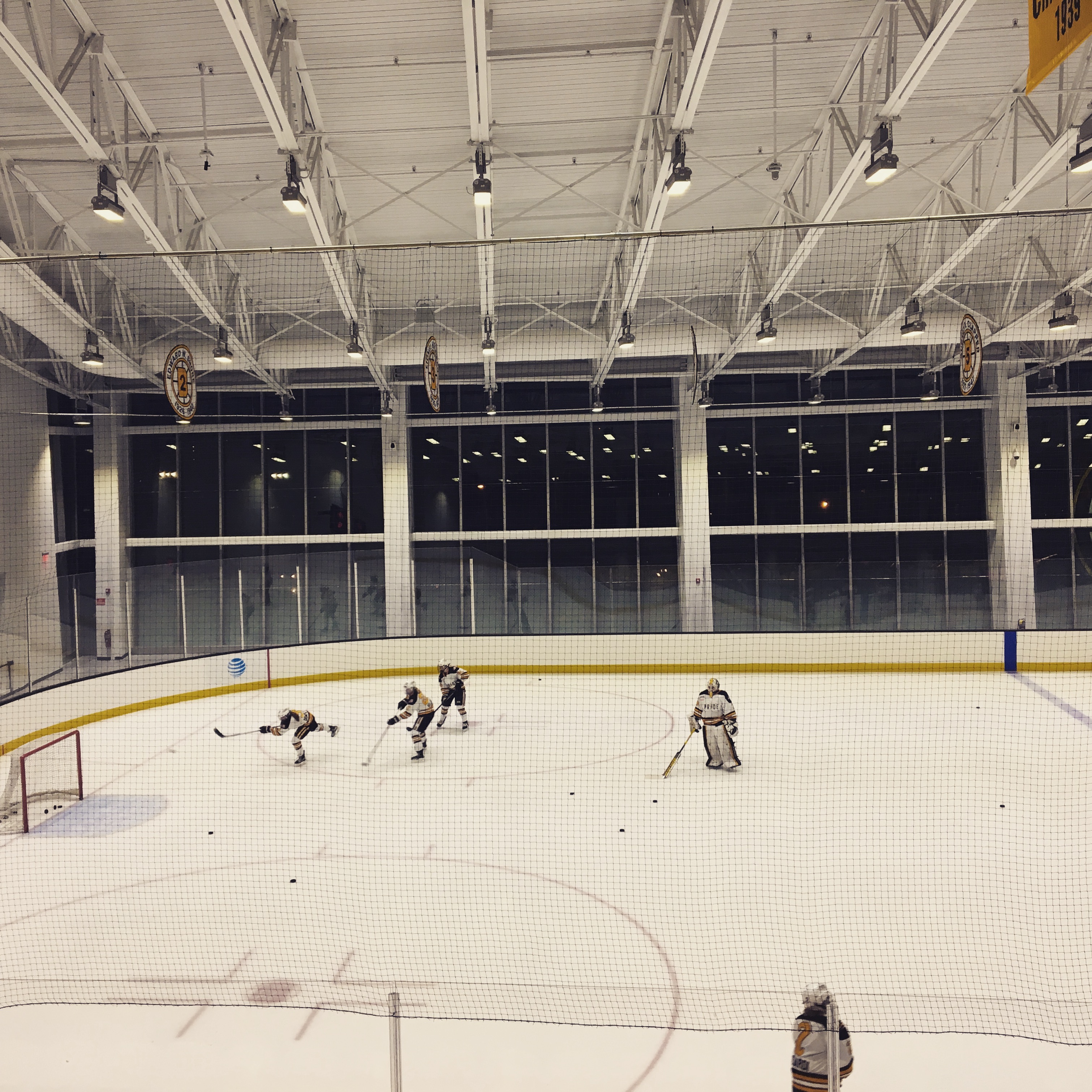 The Boston Pride haven't kicked their habit of slow starts, but it didn't matter, since they eventually trounced the New York Riveters by a score of 5-1 on Saturday night at the Warrior Ice Arena in Allston, Massachusetts.

New York opened the game by showing better puck management, especially in the neutral zone, than they had so far in the season -- they were not allowing Boston's forwards clean zone entries and creating turnovers. Shortly after a successful penalty kill, Janine Weber was able to skate down the left side and feed a perfect pass to Bray Ketchum, who steered it behind Lauren Slebodnick to make it 1-0.

Boston continued to create chances, but New York often kept their shots to the outside and Sojung Shin was perfect in the first, when the Pride were credited with 17 shots.

Everything came unglued for the Riveters in the second period, when Boston took the lead on a goal from Zoe Hickel at the same time that they lost defender Courtney Burke to an injury after she fell awkwardly into the boards.

Boston took the lead for good on an eventual game-winning snipejob off of a shorthanded 2-on-1 by none other than Alex Carpenter.

The Pride continued to get the majority of the chances, and went up 3-1 after a point shot from Blake Bolden was redirected five hole on Shin.

The Riveters were only down 3-1 heading into the third period, but they spent much of the time in their own zone, though they did force Slebodnick to make a few more point blank saves before the evening was over. Tatiana Rafter appeared to occasionally fill in on D in the absence of Burke.

Brianna Decker made it 4-1 after an unsuccessful New York power play sapped any comeback momentum, and Gigi Marvin scored in the final minute to make it 5-1 and add a little insult to injury for the Riveters.

It was an intensely physical game but much cleaner than the last contest between these teams, which had 22 minutes of penalties assigned and could have had many more called. Both teams are without start forwards, as Hilary Knight and Amanda Kessel both remain on the shelf prior to the Four Nations break.

"I don't feel like we weren't ready to play or anything -- the other teams are good," said Pride head coach Bobby Jay after the game. "Even though I think maybe on the scoreboard they were slow starts ... I've been happy with our starts overall. I think we come ready to play."

Lauren Slebodnick got her first start of the season after losing much of last season to injury. "Brittany [Ott]'s been playing fantastic; that was a hard decision," Jay said. "But Lauren... she came back this season, she's in great shape, she's had a great fall, she deserved the opportunity. I just felt it was important to try to get her in there."

"We're definitely looking to keep our heads up, but it was definitely cleaner than the last game we played together up in Buffalo," said Alex Carpenter of the physicality of the game. "So, it was nice to see the physicality, but also, not taking too many liberties."

New York started the game strong, but seemed to fall apart quickly after losing a key defender and facing some pressure from Boston's forecheck. Their goaltender kept the game close until the third, but a few perfect shots eluded Shin. A standout offensive player from the Riveters who didn't show up on the scoresheet was Rebecca Russo, who frequently used her speed to get the puck deep with strong individual efforts. Ketchum, the team's most reliable goal-scorer last year, has picked up right where she left off and gave the team an early lead.

Holding that lead is hard against what is essentially one of the most talented women's hockey teams on the planet right now, but with more tight neutral zone play like they showed in the first period, New York could have managed it. Consistency throughout 60 minutes has been their struggle so far against their opponents. They fall to 0 and 3 on the season.

Meanwhile, the Pride keep on trucking. Not only can they score at will -- they've only allowed six goals in four games. They have a comfortable lead in league standings heading in to Four Nations break.