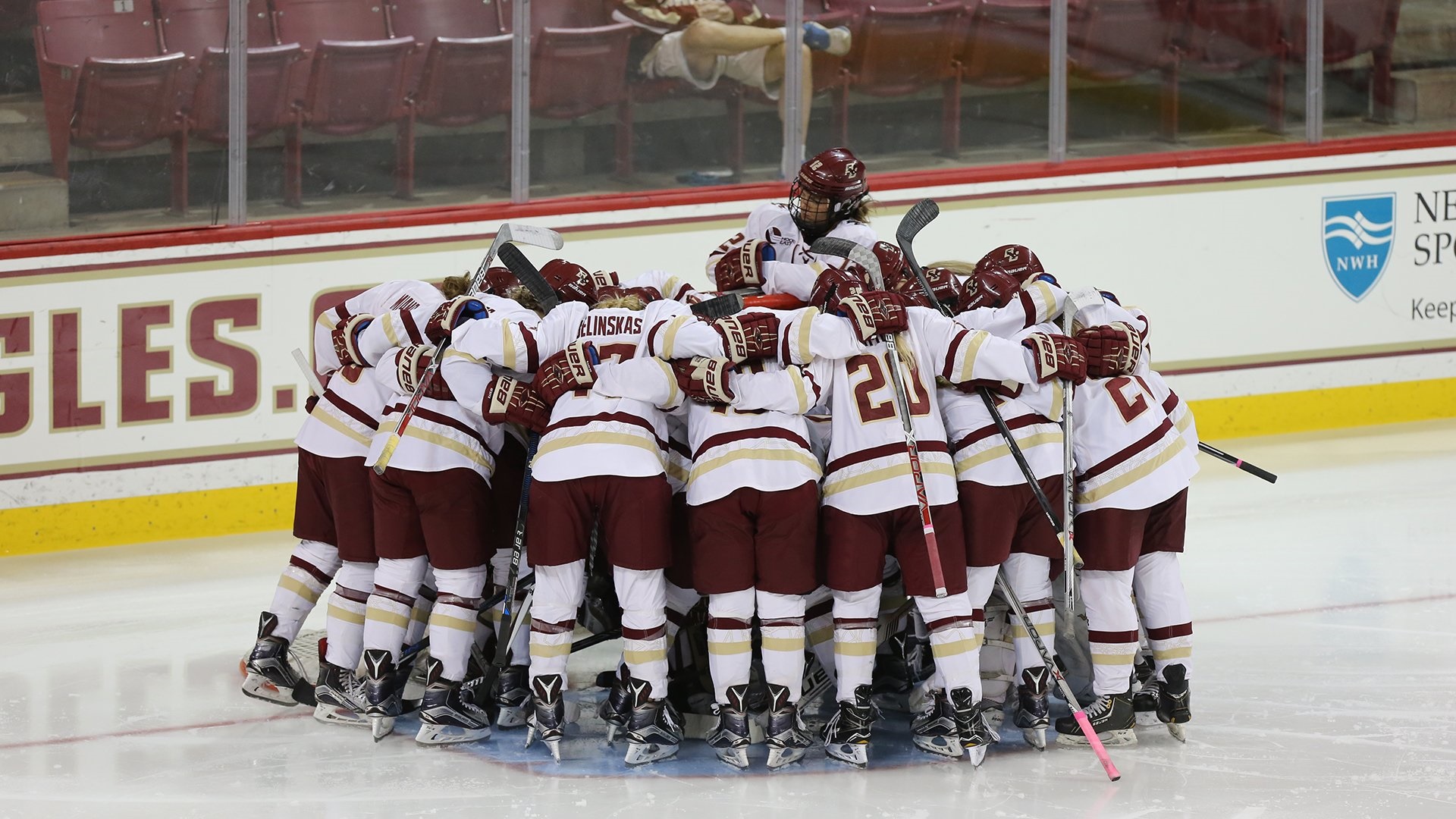 Friday and Saturday at 3 PM ET

Watch and listen: Online streaming - Friday for $6.95 and Saturday appears to be free

This is not the start to the season Boston College envisioned. They could have maybe written off the series at Minnesota-Duluth with the Bulldogs showing it wasn't a fluke and continuing to push good teams.

But then the Eagles lost to Maine last week and suddenly Hockey East feels wide open and Boston College has a lot more to prove.

On the other side Quinnipiac had watched the first few weeks of chaos from their undefeated perch. That came crashing down last week when Merchyhurst showed the country a pretty good blueprint for how to foil the Bobcats' high-octane offense.

Quinnipiac is 4-16-3 all-time vs. Boston College, though the Bobcats have taken two of the last four meetings.

We're always going to feature when a game is on TV, but beyond that, the Badgers are the top team in the country and they won a gritty series at Clarkson last weekend.

North Dakota has had a couple of great wins, but have also stumbled against teams they should have handled with no issue. Lexie Shaw has been great in goal for them, answering a big pre-season question about how they would replace Shelby Amsley-Benzie in net.

↑Mercyhurst -- The Lakers pushed Quinnipiac and came away with a win Friday and an OT loss on Saturday.

↑Emma Nuutinen -- The North Dakota freshman was WCHA Rookie of the Week after leading all first-year players with three goals. She scored her first two collegiate goals on Friday and then scored the game-winner in overtime on Saturday.

↑Mark Johnson -- The Wisconsin coach won his 400th game this past weekend, becoming just the third coach in NCAA history and the first from the WCHA to reach that milestone.