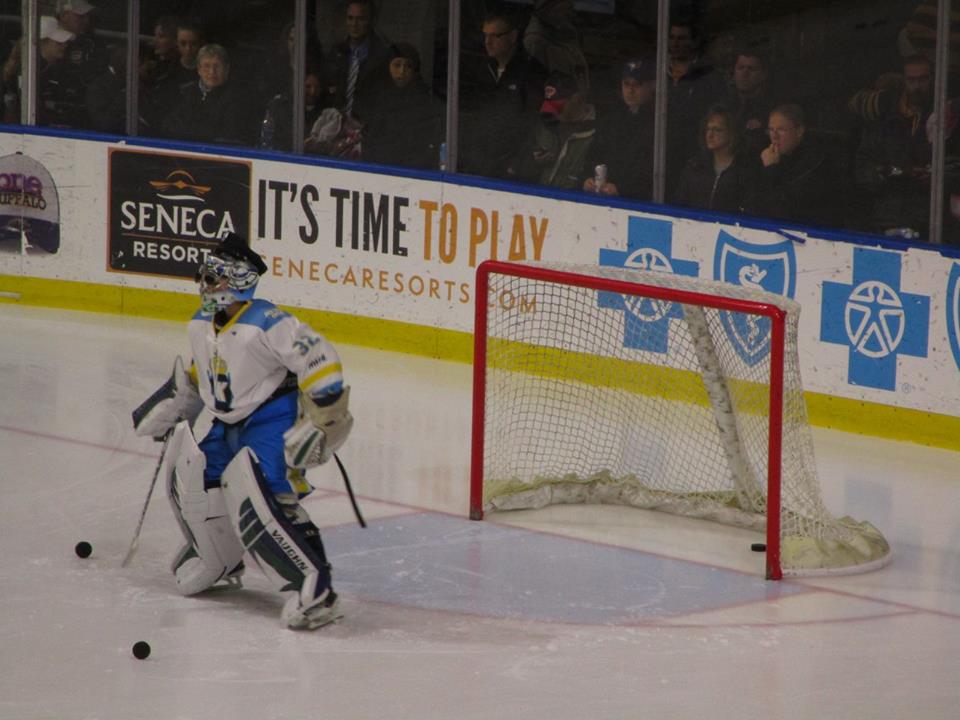 The Connecticut Whale opened the inaugural NWHL season with a bang: an outstanding eight-game winning streak. They didn't suffer their first loss until December 27 -- well over two months into the season -- and at times, they seemed absolutely unstoppable.

The Whale finally suffered their first loss on December 27, a 2-1 defeat at the hands of the Boston Pride -- a team they'd played only once prior to that. But even their first loss was followed up by success -- three consecutive wins, in fact. That takes us to January 17, when the Whale had six games left in the season.

This was the turning point of the season for the Whale, as they went on to drop four of their last six games. Despite the late fall, the Whale's early successes were enough to keep them near the top of the league; they ended the season ranked second in the NWHL.

Through the end of the regular season, the Whale had the most effective power play in the league, scoring 16 goals on 75 opportunities. But they also had the most shorthanded goals allowed, with eight against them, while also holding the league's top penalty kill (85.3 percent).

With the end of the regular season came the playoffs, and the Whale seemed to be in a good position. They were going to face the Buffalo Beauts, a team they'd absolutely dominated during the regular season. The Whale had gone 1-5 against Boston and 6-0 against New York, but they'd also won all six games against Buffalo.

But in reality, the regular season is pretty much irrelevant once the playoffs begin, and that was certainly true in the case of the Whale/Beauts series. Despite not winning a single game in the regular season against the Whale, the Beauts were able to knock them out of the playoffs in three games -- dropping their first meeting, but going on to win two straight.

Here's a video of Anya Battaglino discussing the league & women's hockey in general:

It also seems disingenuous to talk about the Connecticut Whale's inaugural season without discussing their off-ice issues, at least a little bit.

From the very stirrings of the NWHL to the end of the regular season, the Whale had two different head coaches and four GMs, including the league itself.

Chris Ardito resigned as the team's general manager over the summer. Harry Rosenholtz took over, before eventually resigning himself. George Speirs then became the team's GM (he was also the NWHL's COO), remaining in that position until February 10, when the league took over.

On the coaching front, Jake Mastel was head coach of the Whale until January 28, when he resigned. Heather Linstad took over, a coaching change that came with its own issues; Linstad previously resigned as head coach at UConn after she allegedly removed a player from the team for not being "stable enough" following an alleged rape.

Here's the thing, though. Despite all of that upheaval, the Whale continued to be at the top of the league through most of the regular season -- until near the end.

In the end, the Whale finished just three points behind Boston, after going 13-5-0-0, but none of that mattered in the playoff series against the Beauts.

Through the regular season, forwards Kelli Stack and Kelly Babstock led the Whale with 22 points each. Stack led the team with 14 assists, while Shiann Darkangelo had a team-high 10 goals. Babstock was particularly dangerous on special teams, with six of her nine goals coming either shorthanded or on the power play.

Jessica Koizumi was another notable player on the Whale; here's a GIF of her first goal, which was the first in team history:

But who else was up near the top for the Whale? Defender Kaleigh Fratkin, who had a great season offensively. Fratkin put up 12 assists and added five goals for 17 points in 18 games.

The Whale saw four netminders appear in at least one game, led by Jaimie Leonoff, who went 7-3-0-0 this season. Leonoff played just over 567 minutes and had a 2.96 GAA. She carried most of the workload for Connecticut, who also saw Nicole Stock appear in six games. Stock went 4-2-0-0 with a 2.62 GAA. Chelsea Laden and Shenae Lundberg also tended the Whale nets.

Going forward, what are the offseason questions for Connecticut? Well, the entire coaching/GM situation was incredibly tumultuous this season, and front office stability can only help the Whale going forward. If they can also bring back their big players in Stack, Babstock, and Darkangelo, that would also certainly help them continue to play a strong, even game next season.

The Whale also have a strong draft class, including forward Hannah Brandt and defender Milica McMillen, both of whom just won the NCAA championship with the University of Minnesota Golden Gophers.

Forward Maryanne Menefee was with Minnesota, but didn't play for the team in the first half and eventually left the team.

The Whale have also drafted defenders Michelle Picard, of Harvard, and Cassandra Poudrier of Cornell, so an already-good Connecticut team could have even more successful players joining their roster next season if they're able to sign any of their draft picks.