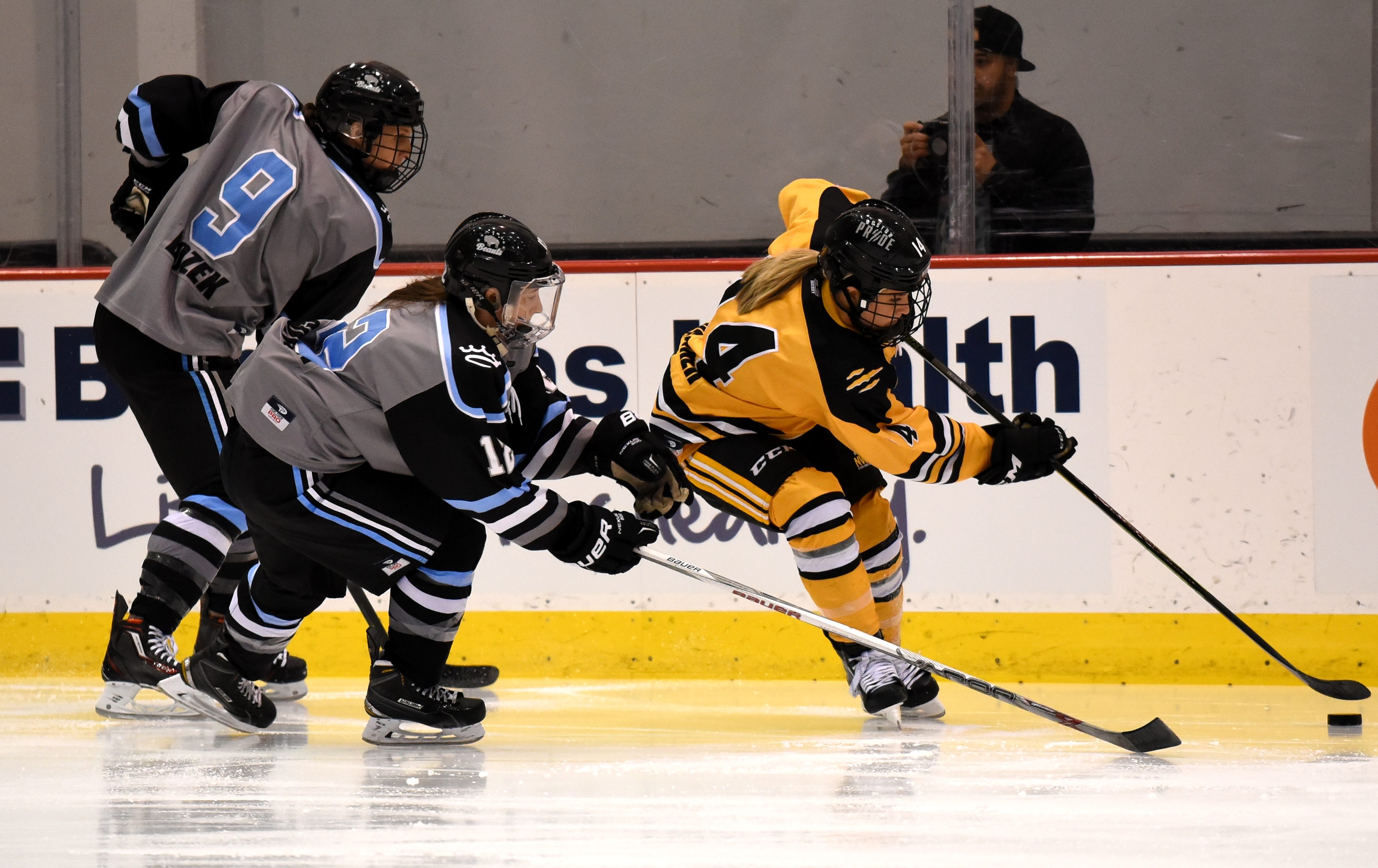 Playoff hockey came to Newark last night, and it was easily the most thrilling NWHL game in recent memory. No blowouts, no predictability: just close, passionate hockey, plus a penalty shot that ended it all.

The first period ended knotted at 0-0, with the Beauts successfully holding Boston's offense in check, and getting a few quality chances of their own.

In the second period, Boston jumped out to a 2-0 lead on goals from their mobile defense. Blake Bolden scored just 1:28 into the period, driving the net to flip in a rebound from Brianna Decker's shot. Gigi Marvin increased the lead on a one-timer from the right point, a bomb of a shot that caught Beauts netminder Brianne McLaughlin off her angle.

The Beauts battled back with their speed and aggressiveness, and were able to cause Boston to allow gaps in coverage in their own zone. They cut the lead to 2-1 on a shot from Shelby Bram that beat Brittany Ott cleanly. 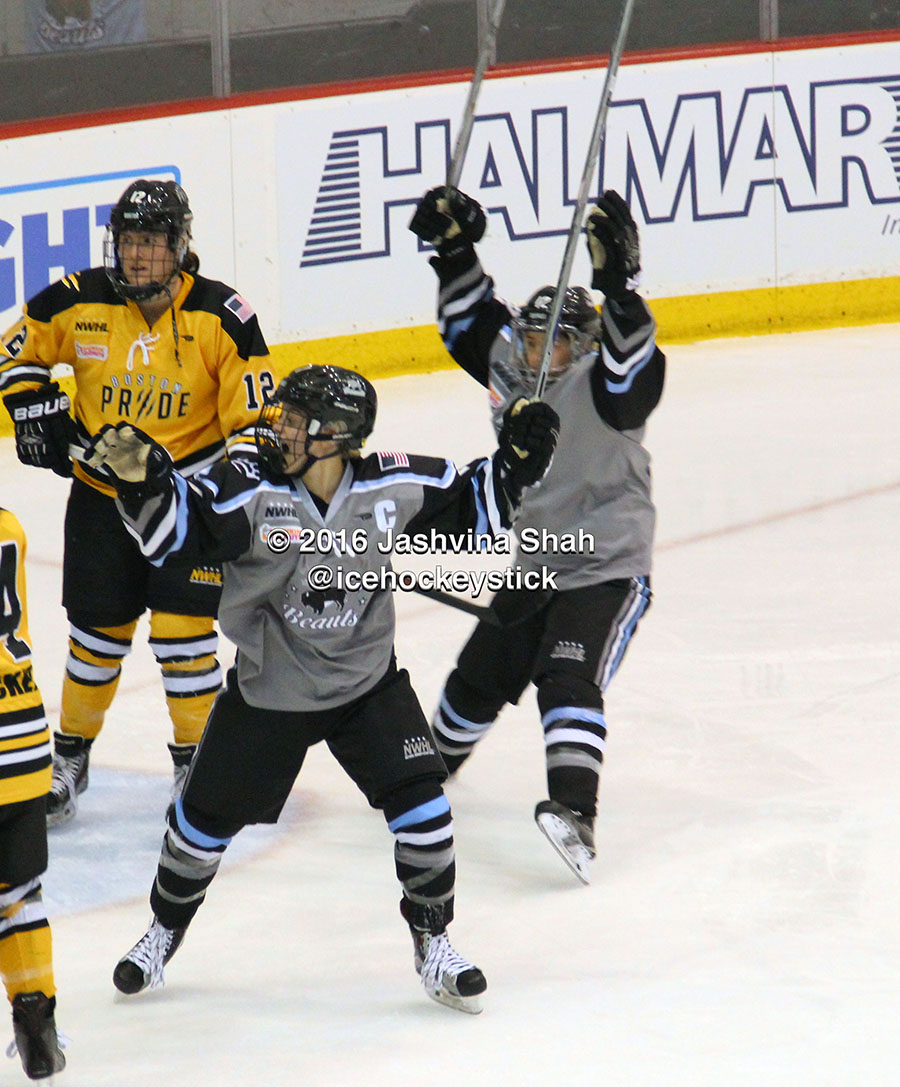 Emily Pfalzer tied the game early in the third period, rocketing a shot from the top of the right circle past Ott. Tense back and forth followed, with the Pride getting many quality chances, and then Buffalo was unable to convert on an extended 5-on-3. But it was Kelley Steadman who was able to score the go-ahead goal on the ensuing 5-on-4 power play. 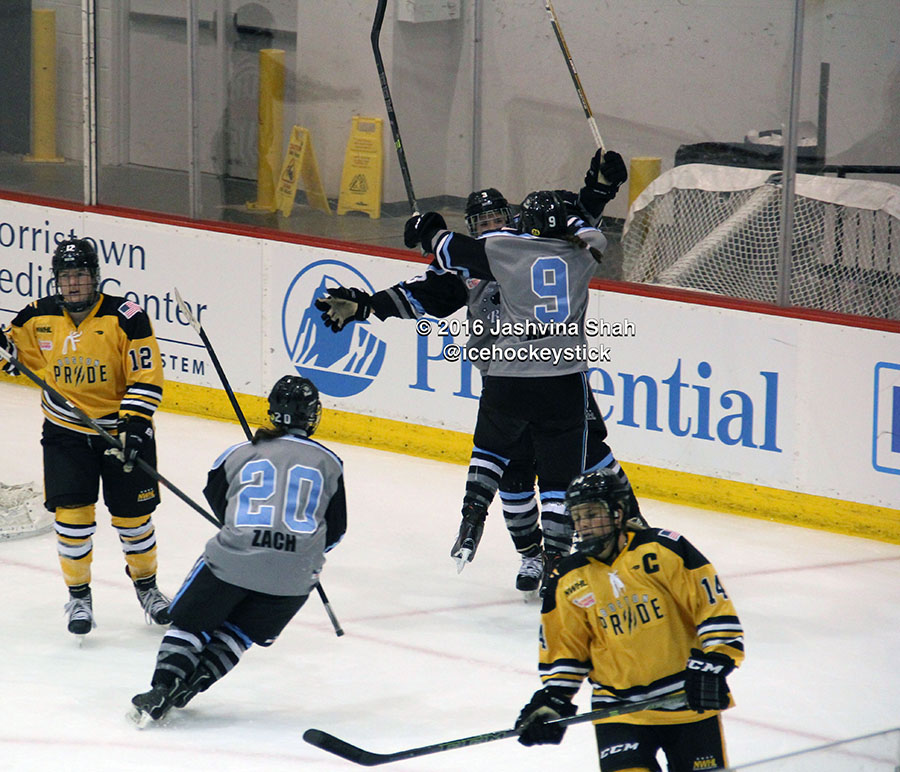 With less than five minutes to go in regulation, it was a big goal -- but Boston wasn't done. 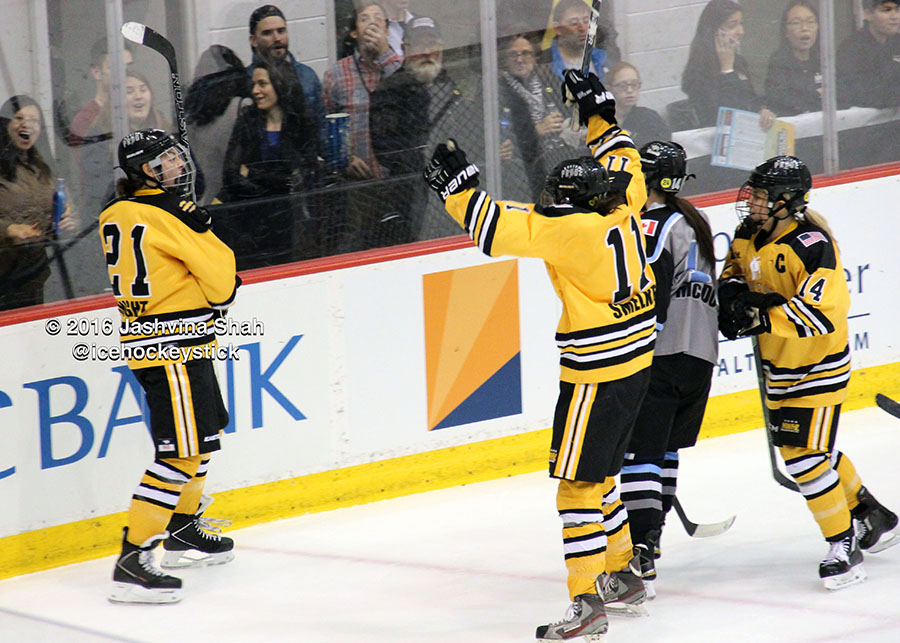 On a power play of their own, Hilary Knight drove the net and was able to pick up a loose puck, effortlessly backhanding it past McLaughlin for the 3-3 tie. The score held, and the game progressed to OT. The NWHL proscribes a 20-minute 4-on-4 sudden death overtime in the playoffs, followed by a shootout.

The overtime was all Boston, and it showed both on the scoresheet and on the ice. The Beauts found themselves scrambling frequently trying to clear McLaughlin's crease, and Buffalo did not have a shot in overtime.

Thanks to a controversial call at just 2:29 of OT, the officials awarded a penalty shot after determining that Hailey Browne had covered the puck in the crease -- "Falling On Puck In Crease" specifically, according to the game sheet. Some thought the whistle should have blown earlier with the puck out of sight; but the rule was enforced and Hilary Knight was determined to be the last person to attempt a shot, giving her the chance to go 1-on-1 with McLaughlin. Of course she buried it, and the Pride took a 1-0 lead in the series. The teams return to the ice tomorrow, with the Beauts facing a win-or-go-home situation for the third time in these playoffs. 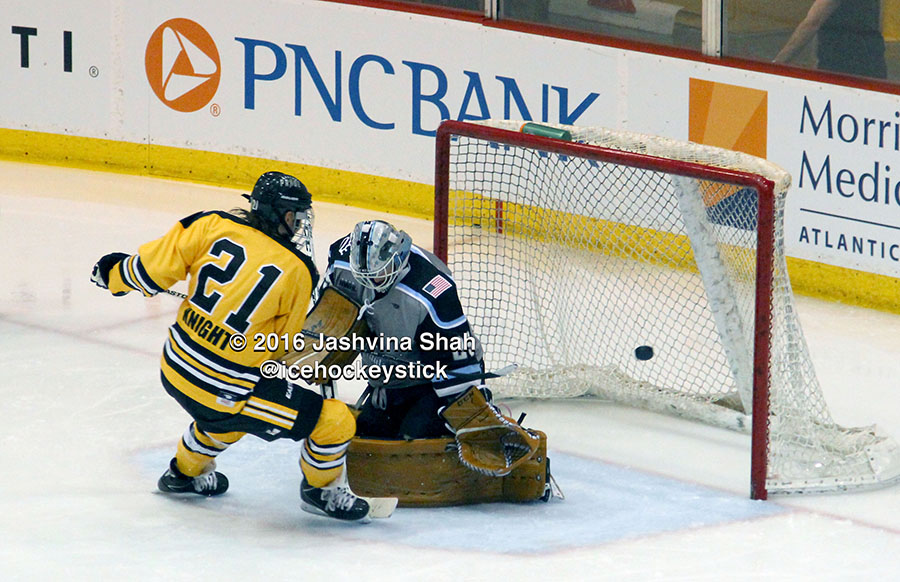 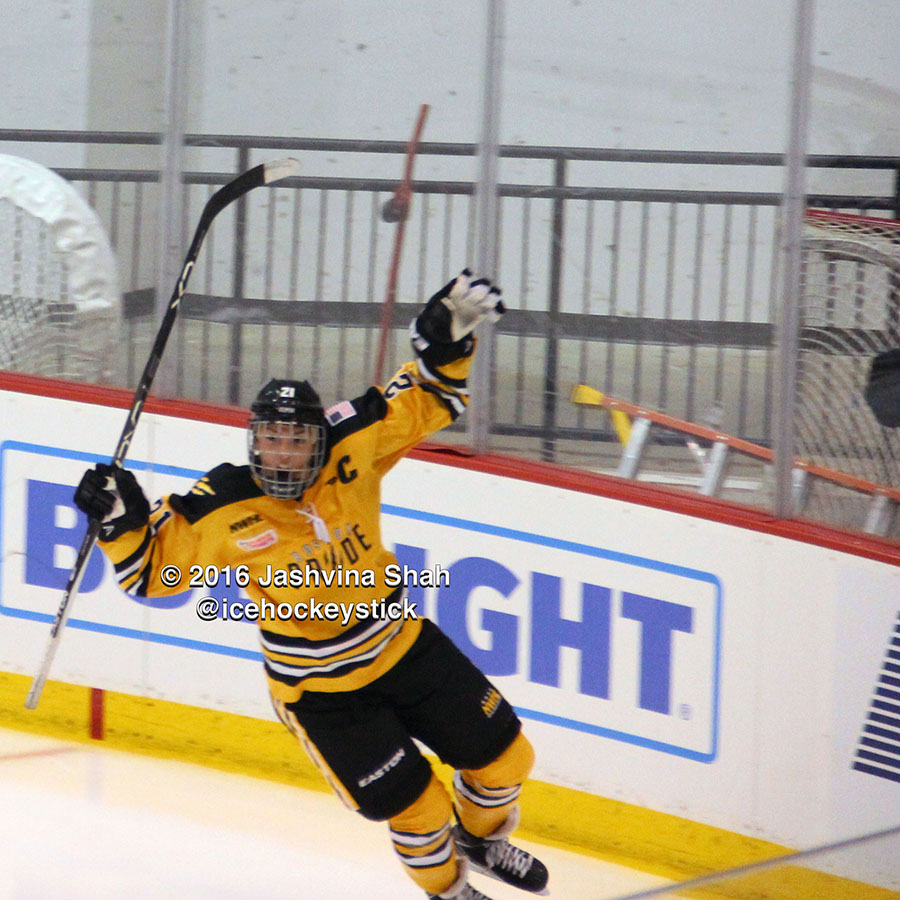 Buffalo definitely has a chance to tie the series at 1 in the next game, having proven that they can do so even against a statistically better team. Their aggressiveness, particularly in the neutral zone, minimized Boston's chances at times and reduced the effectiveness of their zone entries. They'll want to do that more consistently in Game 2. It's also notable that both the tying goal and the game winner came from penalty situations. Both teams will likely try to play more disciplined games going forward. But it's the playoffs, and emotions run high -- anything can happen.