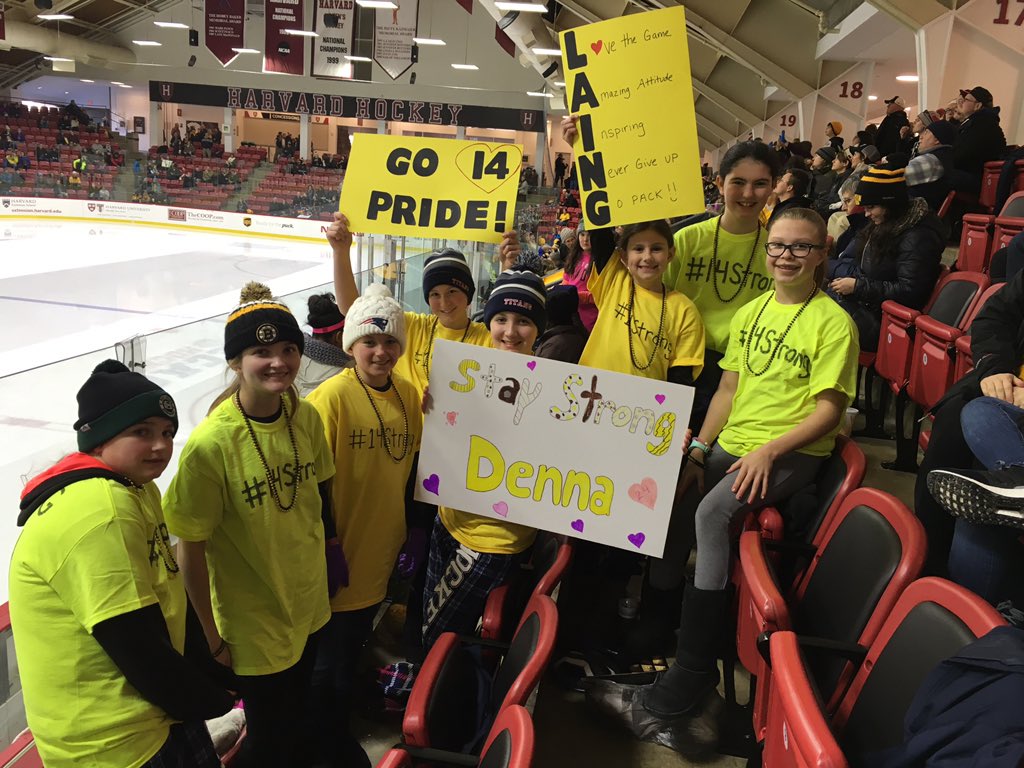 The Connecticut Whale's magical run is still slowing, as they were topped 4-2 by the Boston Pride on Valentine's Day (or #DennaDay) at the Pride's home rink. The February 14 celebration was dedicated to the Pride's Denna Laing (who wore #14 in college at Princeton), and was a significant display of domination by Boston.

Jordan Smelker scored first for the Pride in the final two minutes of the first period, picking up a loose puck in the crease and putting it past Nicole Stock to give the Pride the lead. (Jaimie Leonoff was out of the lineup, dealing with what Connecticut referred to as a minor injury.)

A growing theme in Connecticut's play the last few games has been a breakdown of their defensive coverage, and that was shown again on the goal by Brianna Decker that gave the Pride a 2-0 lead. The power play goal came on one of Boston's 19 shots in the second period -- the Whale only managed a single shot in the middle 20 minutes.

However, the Whale did not go down so easily. Boosted by a strong performance from their goaltender, they came within one in the third period, which was much more evenly matched. Brittany Dougherty took a tricky shot that may have been deflected, completely eluding Pride netminder Brittany Ott, and the score was 2-1 very quickly. Smelker got that one back for Boston, though, on a similar play, cutting to the middle and using the Whale's defenders as a screen to get her shot behind Stock.

Kate Buesser cut the lead to 3-2 with the extra attacker on, but Gigi Marvin was able to carry the puck up-ice to bury the empty netter and secure the 4-2 win.

The Whale's consistency, which was their hallmark early on in the season, was nowhere to be found in Sunday's game. Part of that is the absence of Jaimie Leonoff, but it also has a lot to do with puck movement and systems. The Whale managed only 12 shots on goal against the Pride, which doesn't give them much of a chance against such a stacked offense. The Whale's own proven goal-scorers simply weren't able to enter the zone and get shots to the net. Besides Dougherty's lucky shot, this is a much more lopsided game than the score sheet will show. The Whale have clinched home ice advantage, and have played very well against both of the bottom two teams in the standings, but these recent mishaps for Connecticut should give both the Riveters and the Beauts hope that they can get to the Isobel Cup Finals, no matter who they draw in the semis.