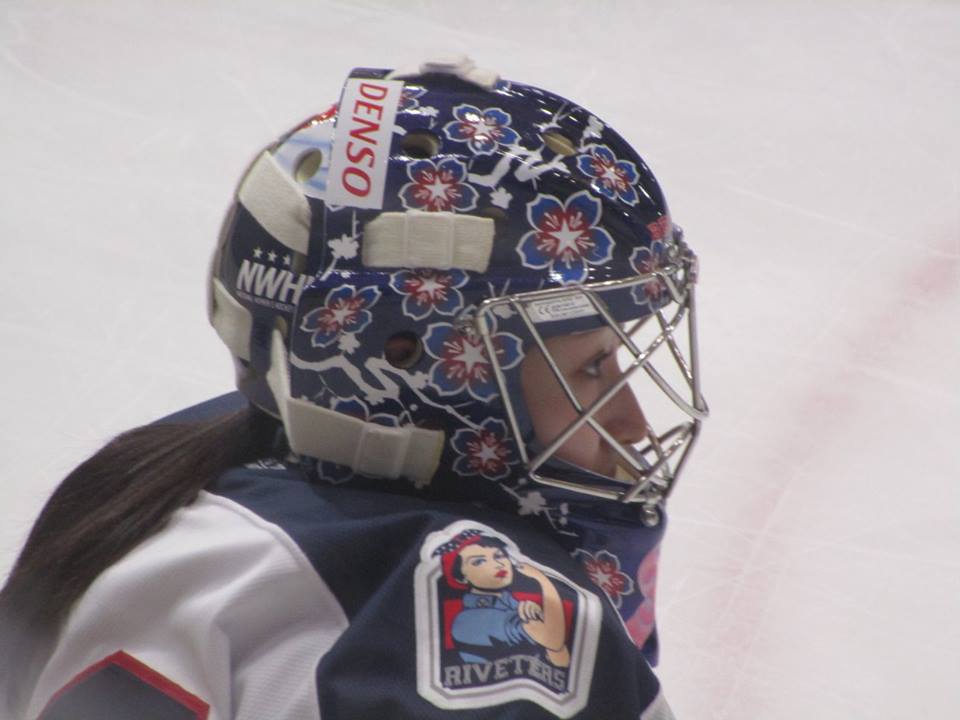 The New York Riveters closed out their home regular season schedule with a 4-3 shootout victory over the Buffalo Beauts on Valentine's Day, which keeps their hopes of third place alive.

The Beauts came into Sunday's game with a chance to secure third place in the Founding Four, needing a win in regulation to do so.

In the end, small mistakes in the third period spelled trouble for the Beauts, who now have just two games remaining in the regular season -- both on home ice.

Nana Fujimoto and Brianne McLaughlin faced off with their respective teams in front of a solid crowd at the Aviator Sports and Events Center.

Meghan Fardelmann opened the scoring less than two minutes in for the Riveters, sneaking the puck in between McLaughlin and the post to make it 1-0 in favor of New York early on.

The Beauts had several great chances to tie it up in the first period, including a shorthanded break by Shelby Bram, but Fujimoto was a brick wall, as she stopped shot after shot.

Buffalo would tie it up in the second period after Devon Skeats tipped in a shot from Megan Bozek from the side of the net.

A short time later, Shelby Bram potted one with a shot right in front of Fujimoto to give Buffalo the lead, thanks to a pass out in front from Zach.

The Beauts continued to outshoot the Riveters, going up 27-12 after forty minutes in that category. Of course, what matters most is the score on the board, and at least for the time being, it held in Buffalo's favor.

That changed in the third period, however, when Morgan Fritz-Ward scored on a Kelley Steadman penalty fewer than eight minutes into the period.

Just 1:25 later, Steadman made up for the penalty when she scored to put Buffalo up 3-2. With three Riveters players on her tail, Steadman put out a great individual effort to get the puck into the zone and shoot it over Fujimoto and into the net.

New York's Bray Ketchum tied the game at three with an absolute bomb of a shot from the face-off circle to McLaughlin's left, and just like that, the Beauts found themselves in some trouble.

Though they managed to reach overtime, it was a struggle. Steadman was also served a penalty with under a minute to play in the extra period, which, per league rules, deemed her to be ineligible when the game inevitably reached a shootout.

With arguably Buffalo's best player not allowed to shoot, the Beauts needed some help. In the end, the Riveters came out on top with two of three players scoring in the shootout.

Brooke Ammerman put one in five-hole on McLaughlin after skating side to side before taking the shot; Kiira Dosdall knocked it off the post and in to seal the win for New York.

Emily Pfalzer had the lone goal in the shootout for Buffalo, going blocker side to keep hopes alive prior to Dosdall's goal. Shelby Bram and Hailey Browne couldn't score for the Beauts in the shootout, and in the end, Buffalo fell, 4-3.

One potential factor to discuss when considering Sunday's game: the sun infiltrating one side of the rink. The glare on the ice was obnoxiously visible, even on the Cross-Ice Pass stream, and it's hard not to wonder how this may have affected the goaltenders and the skaters throughout the game.

The Beauts and Riveters will face off once more in the regular season with their final game at HARBORCENTER on February 21. They'll then close out the season facing Boston and Connecticut, respectively, on February 28.