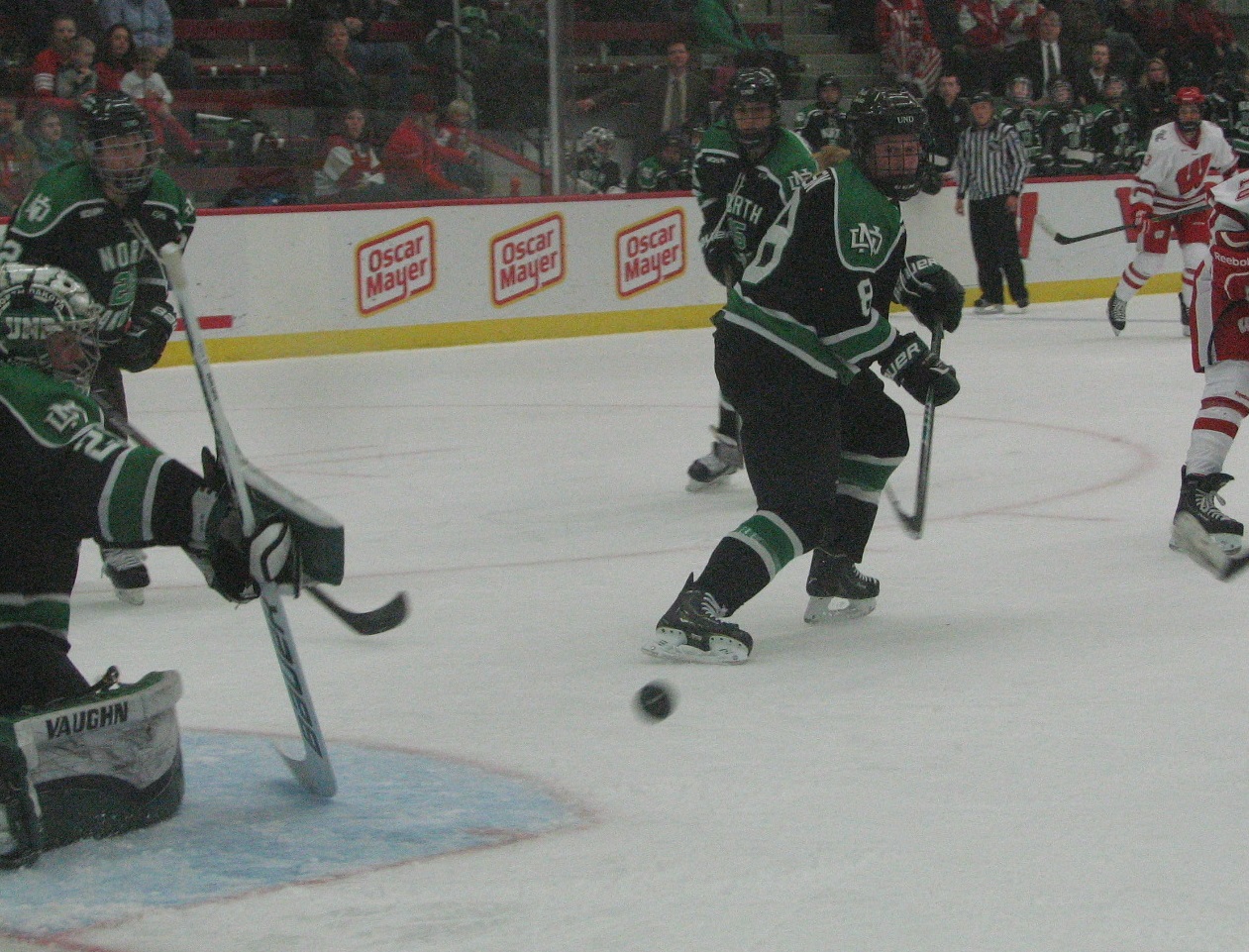 North Dakota ended Wisconsin's undefeated run right before the winter break. The Badgers had been pretty much cruising, but could muster no offense when they went to Grand Forks.

Wisconsin was coming off their emotional sweep of Minnesota, which may have played into it, but more telling was the Badgers' inability to score even one goal.

The Fighting Hawks have struggled with consistency this season, though the series against Wisconsin may have been a turning point. They swept UMD with an OT with in the second game; they had not swept a series since beating Mankato twice in early October.

The key for NoDak, as always, is Shelby Amsley-Benzie. Their goalie has been a solid presence in back for them and continues to be one of the best in the country. She and the defense will have to find some more of the magic they had in December to keep Wisconsin off the scoreboard.

The Badgers responded to the series in Grand Forks about as well as anyone could hope. Since going scoreless that series, they've scored 16 goals in four games. Sarah Nurse and Emily Clark were both WCHA Offensive Players of the Week in the two weeks since the return from winter break.

Every series is important at this point, but with Boston College looking like they might never lose, the Badgers need every win.

Watch and listen: Free video appears to be available via Colgate.

The ten-spot in the polls has been a bit of a revolving door, so Colgate looks to solidify that they deserve to be seen as one of the top teams in the country this year.

The two teams are tied for third in the ECAC, each with 16 points, and this is their final meeting of the regular season. Each will be looking not just for the points, but the advantage of a head-to-head win.

Colgate won the first meeting in OT, so the Golden Knights will be looking to avenge that loss. Clarkson is on a five-game win streak after a big win over Harvard last weekend.

Freshman Bailey Larson has helped propel Colgate this season. She has 25 points (10g, 15a) in 24 games played.

They also seem to be rolling with freshman goalie Julia Vandyk, who's averaging just over two goals against in the 12 games she's played. She was in the net for Colgate's win over Clarkson.

↑Katie Burt -- The Boston College goalie became the youngest goaltender ever to record 50 career victories -- and she did it in her 55th start. Burt reached the milestone just a few days shy of her 19th birthday.

↑Women's hockey players nominated for the Hockey Humanitarian - Emily Loebs of D3 St. Michaels, Morgan Richardson of Cornell, and Cara Zubko of Ohio State are all finalists for the award.

↓Minnesota -- The Gophers struggled at times over the past two weekends against the bottom two teams in the WCHA. Their final four weekends are against upstart St. Cloud State; North Dakota; no. 7 Bemidji State; and no. 2 Wisconsin. Hannah Brandt has been trying to heal an injured elbow, but even without her, on paper, Minnesota has a stellar team. They'll have to find a way to shake off last weekend's near misses and find their stride. The season doesn't get any easier from here on out.

↓Union -- Still the lone winless team left. A meeting with Yale this weekend might be their last chance to get off the schneid as they finish the season against a bunch of ranked teams.

↑Minnesota State Mankato's Brianna Quade -- The Mavericks almost pulled a sensational upset of Minnesota last weekend, and it was almost entirely on the shoulders of Quade. She stopped 80 of 85 shots faced over two games and gave her team a chance in two one-goal losses at Ridder. She faced at least ten shots in each period and ended the series with a .941 save percentage.

↓Harvard -- Three straight losses last week were enough to pull the Crimson off the polls. They had been ranked all season, but it's not gone as well as coach Katey Stone would have hoped after last year's national championship appearance.