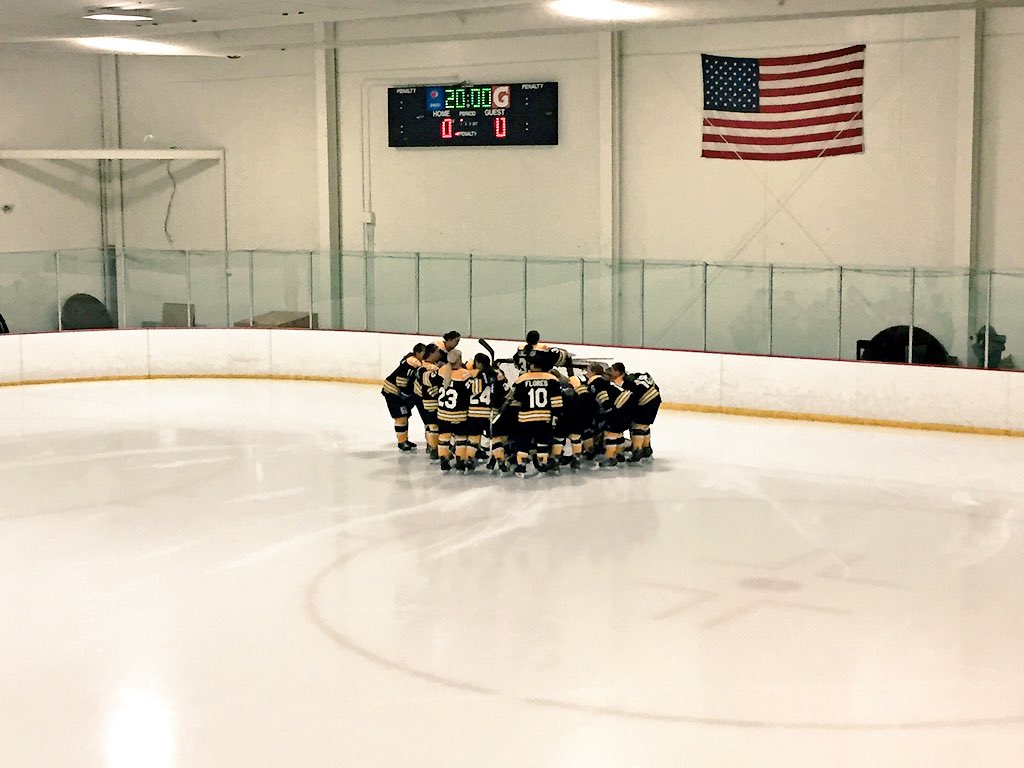 While the weekend did feature two series sweeps, there were some suprises, close scores and probably the best game the Boston Blades have played all season. Calgary swept Toronto, while Les Canadiennes added two more wins against the Blades.

The CWHL will go on a short break, with the All-Star Game taking place on January 23 in Toronto.

Calgary opened the weekend with a 5-2 win over Toronto. Bailey Bram, Jessica Campbell, and Brianne Jenner struck through the first half, giving the Inferno a 3-0 lead. Carolyn Prevost and Emily Fulton brought the game within one, but Elana Lovell and Campbell put the game out of reach in the third.

Christina Kessler made 27 saves for the Furies, while Delayne Brian made 16.

"We fought and battled to the best of our ability and we never gave up, even if they were ahead by a goal or two," Toronto head coach Sommer West said.

On Sunday, Calgary again jumped out with the lead when Bram and Campbell both scored in the first period. In the third, Kori Cheverie netted a power play tally to put Toronto on the board. Sarah Stevenson struck 3:05 later to cut Calgary's lead to one goal. Brianne Jenner scored the game-winning goal with less than three minutes left in the period.

"With the numbers that we went down there with, I was pleased with how we fought for 60 minutes on a Saturday after a long day of travel," West said.

"With the quick turnaround for the Sunday morning game after, it’s a little bit of a slow start in the first period, but I thought the second and third were by far [the] two best periods that we’ve played in a very long time.”

Kessler and Brian again earned the starts in net. Kessler stopped 29 pucks, while Brian made 21 saves.

"I know we’ve been losing, but we haven’t been losing by that much and there’s games that are close, and we just haven’t seemed to get that next goal," West said.

"[We can't allow] the little mistakes to happen as often as they do because that’s when we get into trouble and teams bury their chances.”

Les Canadiennes again defeated the Blades, winning by 6-0 on Saturday and 3-0 on Sunday.

“Our strength, especially Saturday, was the execution of the game plan. We asked them to do something a little bit different and they did it," Les Canadiennes assistant Lisa-Marie Breton-Lebreux said.

"It was mostly to move their feet quickly, and get the shots going off quickly as well."

Les Canadiennes scored four goals in the first period of Saturday's game, thanks to tallies from Ann-Sophie Bettez, Cathy Chartrand, Marie-Philip Poulin, and Emmanuelle Blaise. Karell Emard and Bettez struck in the third.

While Les Canadiennes earned another shutout on Sunday, the game was much closer than the score reflected. The Blades played in probably their best game of the season, holding Les Canadiennes scoreless for most of the game while engaging in a back-and-forth battle.

"We generated some good chances -- we had to weather a lot of pressure and did a good job defensively," Blades coach Brian McCloskey said.

"Overall, I’d say it was probably one of the strongest games we’ve played this year."

While Les Canadiennes threw 59 shots at Lacasse, many were kept to the perimeter. The Blades also had their share of chances and played well in transition, but were unable to solve Aveson.

“Our teams have fun, even though they realize winning is not something that’s a likely outcome against a team like that," McCloskey said. "I think they’ve reset their sights on other goals within the game. I think they’re enjoying playing for each other.

"So even though it may not show up in the W and L column, they've been very mature about focusing on other factors that will contribute to them playing well...I think [they're] taking pride in themselves and competing collectively."

Les Canadiennes are now second in the CWHL, two points behind Calgary and two points ahead of Brampton.

“We want to take the team to the next level in terms of execution, executing the little things, like stick to stick passes, power play execution," Breton-Lebreux said.

↑ Boston Blades: The Blades may have been winless on the weekend, but their performance against Les Canadiennes was one of their best of the year.

The Blades did a good job defensively, as they limited Les Canadiennes to mostly perimeter shots.

"The perimeter shots [Lacasse] can handle and I thought the [players] did do a good job," McCloskey said. "I think they focused a lot on collapsing and being confident in the scoring area, the slot areas...It was a combination of effort and focus on the part of the players, just knowing that to have a chance, and to play well we had to take away those inside shots because [Les Canadiennes are] just too good. Give them those chances, they’re going to bury them.”

The Blades didn't score all weekend, but they deserve a shoutout for some of the chances they created off turnovers against Les Canadiennes, especially on Sunday.

“[They're] playing a little loose and just enjoying," McCloskey said.

"[They were] forcing turnovers and generating some chances off of those turnovers. Again, Montreal is a better skating, more skilled club than ours, and so we’re not going to get a lot of chances by breaking the puck out and rushing it up the ice. We have to be opportunistic and take advantage of chances created when we turned the puck over.”

↑ Exciting matchups down the stretch: Calgary and Les Canadiennes are first and second in the CWHL, separated by just two points. The teams will also see each other for a two-game set right after the All-Star Game.

The last time the Inferno and Les Canadiennes played was back in November. It ended in a series split.

↑ Toronto: The Furies managed to get a couple of good games in Calgary, despite how shorthanded the team has been. That's impressive, especially against a team with as much depth as Calgary.

↓ Les Canadiennes shots: Les Canadiennes actually put a lot of shots on net (especially on Sunday) but as mentioned above, they weren't getting as many quality scoring chances.

"We kind of were looking for that tic-tac-toe goal and we stopped shooting the puck," Breton-Lebreux said. "[They were] just trying to pass it instead of shooting it. ... We had a lot of turnovers and that was not good as well."

↓ Boston's bench: A lot of teams were shorthanded this weekend, which is a big byproduct of the travel schedule. But Boston, playing at home, was especially shorthanded. The Blades were also missing Ellie Tremblay for the first time all season.

↓ Toronto's power play: The Furies have struggled all season on the advantage, and have the league's second-worts power play unit. The trend continued over the weekend, with the Furies converting on just three of 10 chances.