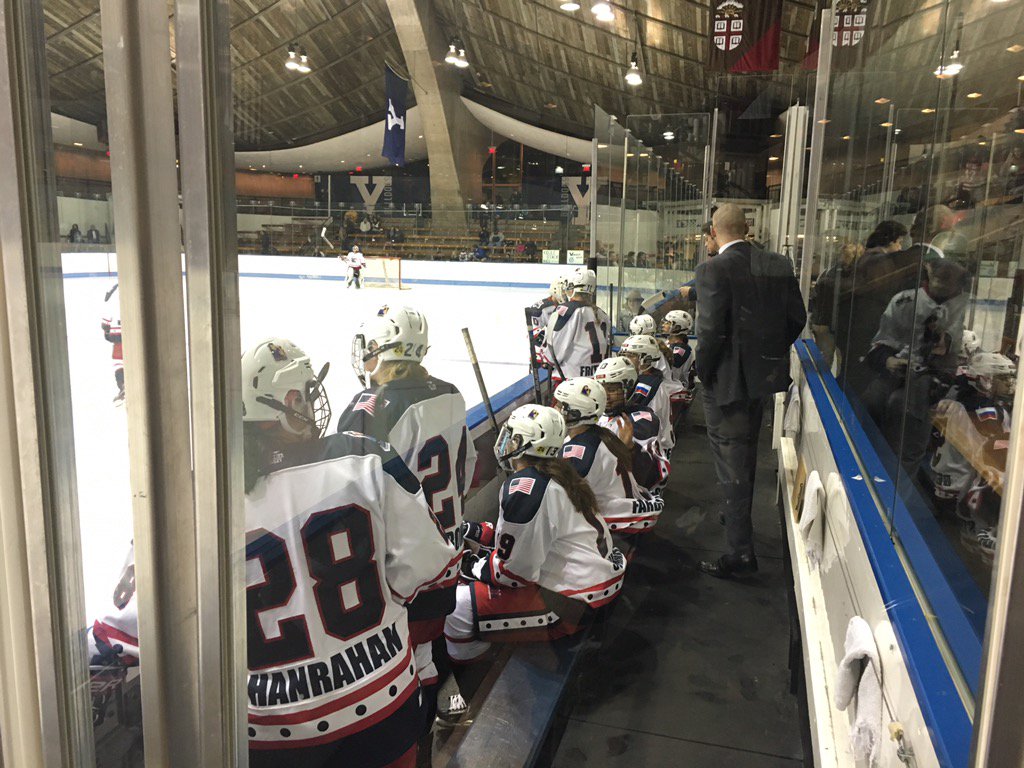 The Riveters have been a peculiar team this season, showing flashes of offensive brilliance, great goaltending, poor goaltending, an occasional lack of discipline, and varying abilities to rush the puck up ice, depending on the health and completeness of their defense.

Without Ashley Johnston (absent this past weekend with an injury), the Riveters' transition game was simply gutted. On Saturday evening at Yale Ingalls Rink, strong individual efforts by Janine Weber and Brooke Ammerman kept the Riveters in the game, but despite outshooting the Whale 35-28, they didn't get the same solid performance from Nana Fujimoto that the Whale got in goal from Jaimie Leonoff. This weekend also proved that late in the game, not being perfect against Kelli Stack is not an option. As the Riveters threatened to tie the game when it was still 3-2, Stack took a ridiculous pass from Kelly Babstock and lasered the puck five-hole on Fujimoto. The Riveters did have one more goal left in them, to bring the score to 4-3 with five minutes to play thanks to Ammerman, but they didn't have another, and Connecticut managed to keep them hemmed in their own zone during the crucial final minutes of the third period.

It was perhaps a difficult loss to swallow, considering how close the game had been for its duration, but it pales in comparison to the hand that they were dealt by the Boston Pride on Sunday afternoon. Being down 1-0 after one period was a completely surmountable lead, but the Pride scored four more unanswered goals in the second period. The Riveters cut the deficit to 5-1 on a goal from Bray Ketchum in the third, but they went on to lose 8-1.

Jillian Dempsey (2G 1A), Brianna Decker (1G 2A), Hilary Knight (1G 2A), Amanda Pelkey (1G 1A), Rachel Llanes (1G 1A), and Corinne Buie (1G 1A) all had multi-point performances in the strongest, most complete Boston Pride game of the season. They outshot the Riveters 29-17 and generally remained on the attack, despite holding a sizable lead for much of the game. Most of New York's scoring chances came from strong individual play, whereas the Pride were clicking on all cylinders to generate offensive chances, though they had a shortened bench of their own.

Just 12 total NWHL regular season games remain, and this year, everyone makes the playoffs, where anything can happen. The Whale remain the team to beat, while the Pride are heating up at just the right time. The Whale aren't guaranteed the best record yet -- though they would have to lose a few to give the Pride a chance to catch up. The Riveters and the Beauts both have a chance to make statements with their play heading into the playoffs.