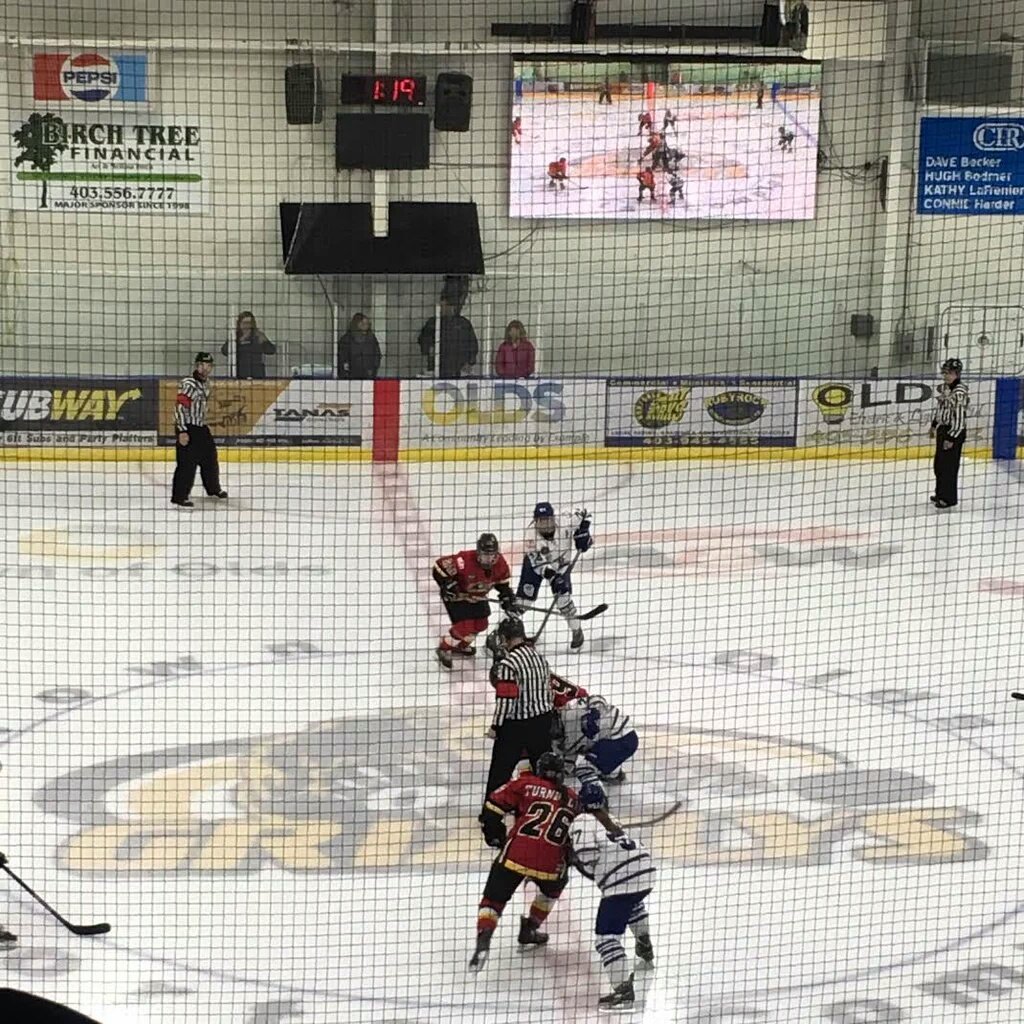 Last weekend, Brampton traveled down to Boston for another series between the Thunder and Blades. Meanwhile, the Inferno faced off against the Furies. While Brampton earned another sweep of Boston, Calgary and Toronto split.

In both CWHL and NWHL news, the Boston Pride and Les Canadiennes will face off at Gillette Stadium on Massachusetts on New Year's Eve -- the site of the the NHL's annual Winter Classic.

The CWHL also announced its own [All-Star Game](http://cwhl.ca/view/cwhl/news-644/news_363892#All Star Roster) roster. The event will take place on January 23 in Toronto.

Calgary entered the weekend as No. 1 in the CWHL. Toronto entered as a struggling team slowly getting healthy and improving. Calgary took the first game 9-5, but Toronto rebounded with a big 6-5 victory.

“I think what we did really well this weekend was we were shooting and we were getting to the net," Toronto coach Sommer West said. "Goalies and teams don’t like it, we don’t either. Nobody likes it when you’re firing anywhere [from] 30-50 shots in a game and you’re getting people to the net, you’re getting in front of the goalie and you’re making their life heck.

"That’s what you need to do. I think moving the puck around and our quick transition game are what can set us apart from other teams.”

On the first night, Calgary scored a season-high nine goals, while Toronto responded with five. The Furies scored first on Saturday thanks to a tally from Natalie Spooner. But Calgary scored the next five goals, which made it too late for a Toronto comeback.

Elana Lovell had a hat trick, while Hayleigh Cudmore added three points in Calgary's win. Delayne Brian made 23 saves as 13 players recorded a point. Christina Kessler and Olivia Ross split the netminding duties for the night, with Ross receiving the loss.

Sunday's game wasn't as close as the final 6-5 score indicated, with three Calgary goals scored in the third.

Toronto took the lead for the second straight night, thanks to Natalie Spooner again. She finished with five goals and six points.

After Spooner's first two goals, Brittany Esposito scored for Calgary. Lovell opened up scoring in the second to tie the game for the Inferno. However, Spooner responded with three goals, and Toronto held a 6-2 lead going into the third. Cudmore and Jessica Campbell also scored for the Inferno, who lost for only the second time this season.

Kessler finished with 45 saves in the victory.

"We were right there on Saturday to win the game too," West said.

The Thunder and Blades met for the fifth and sixth times in the last month. Brampton finished with the sweep, which means that the Thunder now have six wins over the Blades this season.

"We shot the puck," Brampton head coach Tyler Fines said. "[Genevieve] Lacasse is arguably one of the best goalies in the league, so we crashed the net on her and took advantage of our chances."

The Blades finished with more goals than it had scored in the previous series, netting two in each game. Despite the losses, it was the Blades' most productive offensive weekend yet. The Thunder won 5-2 on Saturday and 4-2 on Sunday.

Brampton jumped up to a 3-0 lead in the first period of Saturday's game, thanks to goals from Jenna McParland, Laura Fortino and Rebecca Vint. Kristina Brown responded for Boston in the second to cut the lead to 3-1, but two Brampton goals in the third sealed the game.

Erica Howe made 23 saves in the win, while Genevieve Lacasse had 45 saves on 50 shots.

The next day the game was closer early on, with Brampton and Boston playing in a scoreless first and trading goals in the second. Sadie St. Germain returned from her injury to net Boston's first goal of the game. But Fortino and Candice Styles scored just 41 seconds apart in the third to give Brampton a 3-1 lead.

Jamie Lee Rattray finished with four points on the weekend, while McParland had three, including an empty-net goal on Sunday.

Maggie DiMassi and Megan Myers also scored for the Blades. While Boston hasn't had a regulation win this season, this was the first time the Blades scored two goals in back-to-back games.

With the win, Brampton climbed past the idle Les Canadiennes into second place.

"We realized that we are going to be a playoff team and they need to get better," Fines said. "So [I'm] hoping really just hoping that they take that and run with it and get ready for the playoffs."

↑ Natalie Spooner: The Olympian almost single-handedly propelled the Furies to a victory over Calgary. She scored five goals on Sunday and assisted on Toronto's sixth. Spooner, who had an eight-point night, is tied for third among the CWHL's leading scorers.

"She’s big and strong and quite fast," West said. "Besides her skill level with the puck, when you have somebody with her stature and as strong as she is, she’s not easy to muscle off the puck and she’s very quick.

"Her first two to four steps and she’s gone, and good luck trying to catch her."

It's stating the obvious, but Spooner is very good.

“I think it was the whole team. We went down, a couple injuries this weekend and a short bench, and we were right there on Saturday to win the game too, a couple more bounces and our way or we just maybe hit the wall every now and again in the game of being tired and they capitalized but I thought on Saturday we could’ve won as well.”

↑ Women's hockey: The news of an interleague matchup between the Pride and Les Canadiennes is what everyone has always wanted. It's huge news for women's hockey to be playing on that kind of a stage, especially because of the talent it showcases. (Unfortunately, Team USA members will not be present because of prior USA commitments, per Hannah Bevis.)

↓ Calgary's defense: The Inferno allowed a season-high six goals to Toronto on Sunday. Calgary's defense has played fairly well, usually not allowing more than three goals per game. Until last weekend, the only team to whom Calgary had allowed more than three goals were Les Canadiennes. The Inferno had a difficult time stopping Spooner, who made easy work cutting through the team defense.

↓ More injury problems for Toronto: Perhaps this topic should be a mainstay as a down. The Furies are still missing Jenelle Kohanchuk, Julie Allen, and Laurell Hill, and they were still without Jessica Vella.

"It’s just been kind of crazy and I think the team kind of laughs a little bit and then just moves on, and we got to do what we got to do," West said.

"From that Montreal series [in Toronto] right up until the Sunday game when we won, we could’ve won any of those games. We were so close. It’s no excuse, but sometimes it’s just the way the ball drops. Once we get healthier we’ll get on a little bit of a roll and we can change our ways here."

West said the team is focused on getting healthy.

"We could pick some parts that we need to work on that we need to continue to work on," West said. "But I think if we can get healthy here before we go to Boston and get our team back to full strength, that’ll help us and then we can go from there.

"It’s hard when you have low numbers and tired athletes to start picking on things. Because when they get tired you get bad habits, and that’s just kind of the way the ball drops sometimes."

↓ USA Hockey: One of the best things about the Les Canadiennes-Boston Pride series is that it would be pitting Olympians against each other. But due to USA hockey commitments, their national team members can't compete. Fans are calling for USA Hockey to allow the players to take the ice at Gillette. However, it's notable that the game was scheduled during a World Championship camp that takes place every year for Team USA. Neither the CWHL or NWHL has officially announced the matchup.