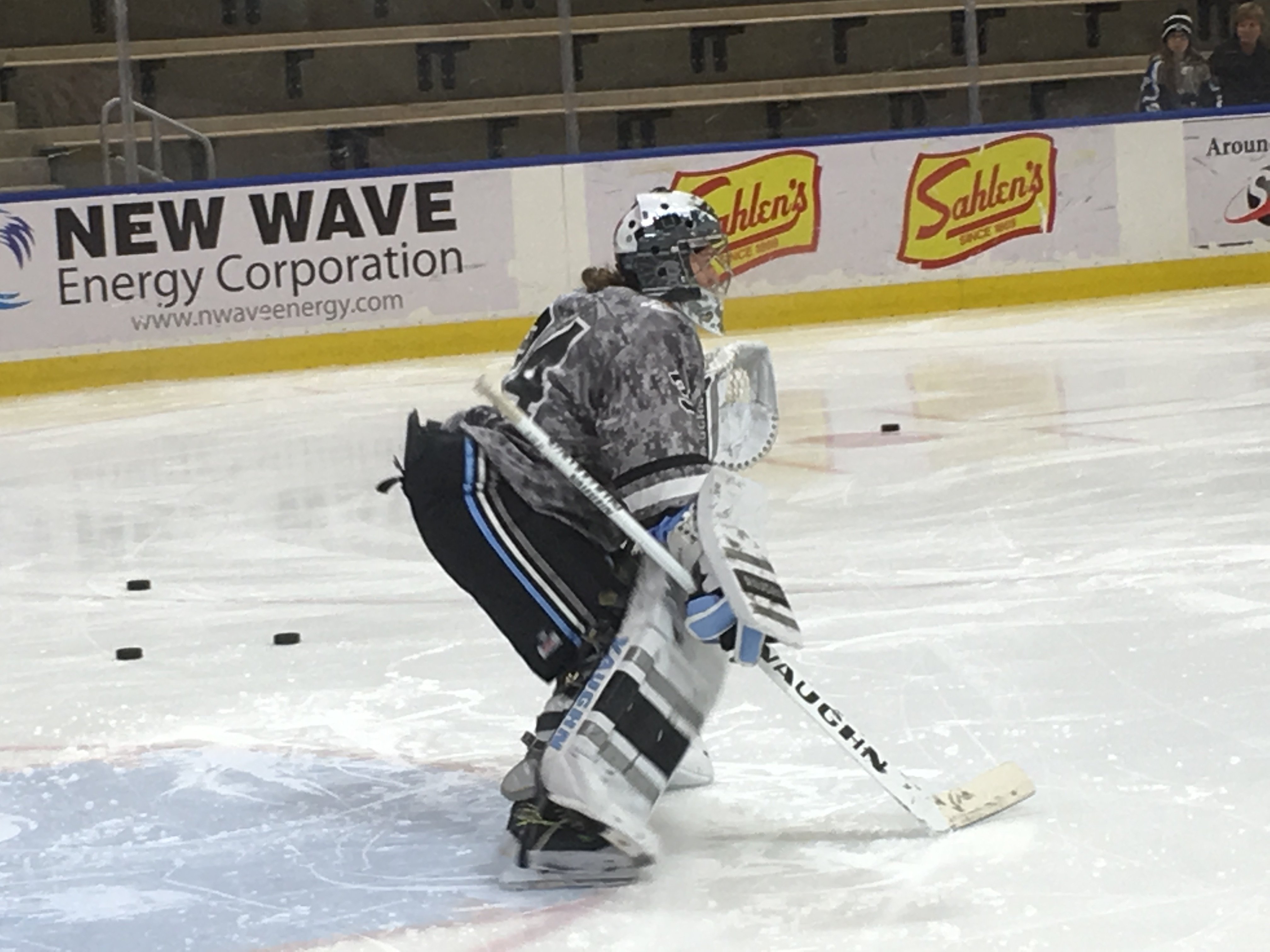 Sunday’s game between the Buffalo Beauts and the Connecticut Whale brought many historic firsts, including the NWHL's highest-scoring game, first overtime, and first shootout -- but the thrills didn't end there.

The third meeting between the teams this season ended in a 7-6 shootout victory for the Whale, who were fortunate to capture two points after allowing the Beauts to come back from a 6-1 deficit in the second period.

The Beauts also captured their first point of the season in the shootout loss. Amanda Makela made her season debut. Buffalo’s six goals were the most they’ve had in any single game this season. Hayley Williams, Hannah McGowan, and Shannon Doyle each tallied their first NWHL points.

Kelley Steadman also became the first player in league history to score more than one shorthanded goal, as she notched her second of the season.

The Buffalo Beauts had a strong start in Sunday’s game, taking the first five shots of the afternoon, but it would be the Whale who would strike first, as Sam Faber potted her second of the season to open the scoring.

Already up, the Whale were handed a great opportunity as both Williams and Skeats headed to the box for the Beauts, allowing Connecticut to have a 5-on-3 for 1:36.

They took advantage, as Kelli Stack made it 2-0. Immediately following Stack’s goal, Beauts defender Megan Bozek was ejected from the game for high-sticking after being assessed a five-minute major and a game misconduct.

The 5-on-3 that had just ended with Stack’s goal quickly became another 5-on-3 after Bozek’s penalty -- and once again, the Whale took notice. This time it was Kaleigh Fratkin making it 3-0.

Connecticut wasn’t quite done, adding another power-play goal for their fourth tally on eight shots. That goal belonged to Babstock, and put the Whale up 4-0 thanks in large part to a trio of power-play goals.

Special teams were a huge factor in Sunday’s game; next up, it was Kelley Steadman’s turn to score -- this time, her second shorthanded goal of the season. Steadman, a practice player for the Beauts and Director of Hockey Operations at RMU, came back into the lineup to replace the injured Erin Zach (upper-body injury).

The goal was Steadman’s fifth of the season, tying her with Brianna Decker for the league lead. Steadman also leads the NWHL in shorthanded goals.

With less than a minute to go in the opening frame, the Beauts headed to the box yet again, and as seemed typical, the Whale took advantage. Captain Jessica Koizumi made it 5-1 with 2.8 ticks left in the first period on the Whale’s fourth power-play goal of the game.

As the teams skated out for the second period, both the Beauts and Whale swapped goaltenders. Amanda Makela replaced Brianne McLaughlin, while at the other end of the ice, Nicole Stack came in to relieve Jaimie Leonoff.

The replacement meant Makela saw her first-ever NWHL action; she just joined the team last week after her visa issues were resolved.

The second period opened as a strong one for Connecticut, who had the first four shots on the game -- including yes, another goal. Shiann Darkangelo scored her second of the season, unassisted, to put the Whale up 6-1.

The Buffalo Beauts weren’t ready to lay down. Though they went 5:12 without a shot in the second, it only took one to make a difference. Kourtney Kunichika began the comeback with her third of the season, and things went uphill from there for Buffalo.

With just over seven minutes to go in the second, Whale forward Danielle Ward was served with a pair of minor penalties for interference and roughing, putting Buffalo on the 5-on-3.

Steadman opened a crazy few minutes for the Beauts, potting one to make it 6-3. Just as one Whale penalty ended, another was handed out, allowing Buffalo to keep going with their 5-on-3 energy.

Once again, they took advantage as Kunichika scored her second of the game. Meghan Duggan then added a goal a short time later - with that one coming even-strength.

All of a sudden, it was a very different game.

The Beauts had all the momentum and, shortly after, tied the game at six on a delayed penalty call. Hayley Williams notched her first of the season to complete the comeback for Buffalo, potting the equalizer in a wild second period that saw the team score five unanswered goals, including four in 3:32.

An unfortunate moment resulted in an injury to Whale defender Anya Battaglino, on a play in the third period. Battaglino went to fight for the puck with Beauts forward Devon Skeats at the blue line; Battaglino went flying and hit the ice hard.

Trainers from both teams attended to her; she was taken off the ice on a stretcher. No further information is known at this time, but it’s safe to say that everyone is hoping for the best for Battaglino.

A scoreless third period pushed the teams to set even more NWHL history, entering the league’s first overtime period and eventually, the first-ever shootout. Both teams had several chances in the third and after -- including a Beauts’ power play in the overtime period that would have been an opportune time to score, but ultimately, it came down to the shootout.

Kelly Babstock had the lone goal in the shootout to give the Whale another victory. Kourtney Kunichika, Kelley Steadman and Tatiana Rafter were the Beauts’ shooters, while Shiann Darkangelo was Connecticut’s second shooter.

"We’re very proud of what the ladies accomplished tonight and how they responded," Beauts co-head coach Ric Seiling said.

For the netminders, McLaughlin stopped eight of 13 shots faced in 20 minutes. Leonoff had nine saves on 10 shots in the opening frame. Makela went on to stop 10 of 11 shots faced, while Stock had 16 saves on 21 shots faced.

"It felt great to be out there," Makela said. "I've been waiting for my chance."

Pfalzer was named first star of the game for her five-assist performance. Steadman was named second star after she had a pair of goals, and Kunichika nabbed third star honors for her two-goal night.

"We didn’t get the win we wanted, but we came back from a five-goal deficit and that proves we have a lot of character on our team," Makela said. "We can go from there."

Sunday’s game included eight goals scored on special teams; seven power-play tallies and one shorthanded between the Beauts and Whale.

After playing their first five games of the season at home, the Buffalo Beauts now head out on their first-ever road trip, which will give the players a chance to spend more time together and give the team overall an opportunity to shake things up.

"Sometimes getting on the road gives you an opportunity to get to know your players better," Seiling said.

The Beauts face the New York Riveters for the first time on November 29. The Riveters struggled early on in the season but have now put together consecutive wins, both over Boston, and should prove a competitive squad to face next week.

Buffalo will then visit the Boston Pride on Saturday, December 5th and turn around and visit the Whale the following afternoon, December 6th.

After a week off, the Beauts will also visit the Pride on December 20th to finish up the road trip.

Buffalo’s next home game isn’t until December 27th, when they’ll host an "Ugly Sweater Night" against the Riveters at HARBORCENTER.