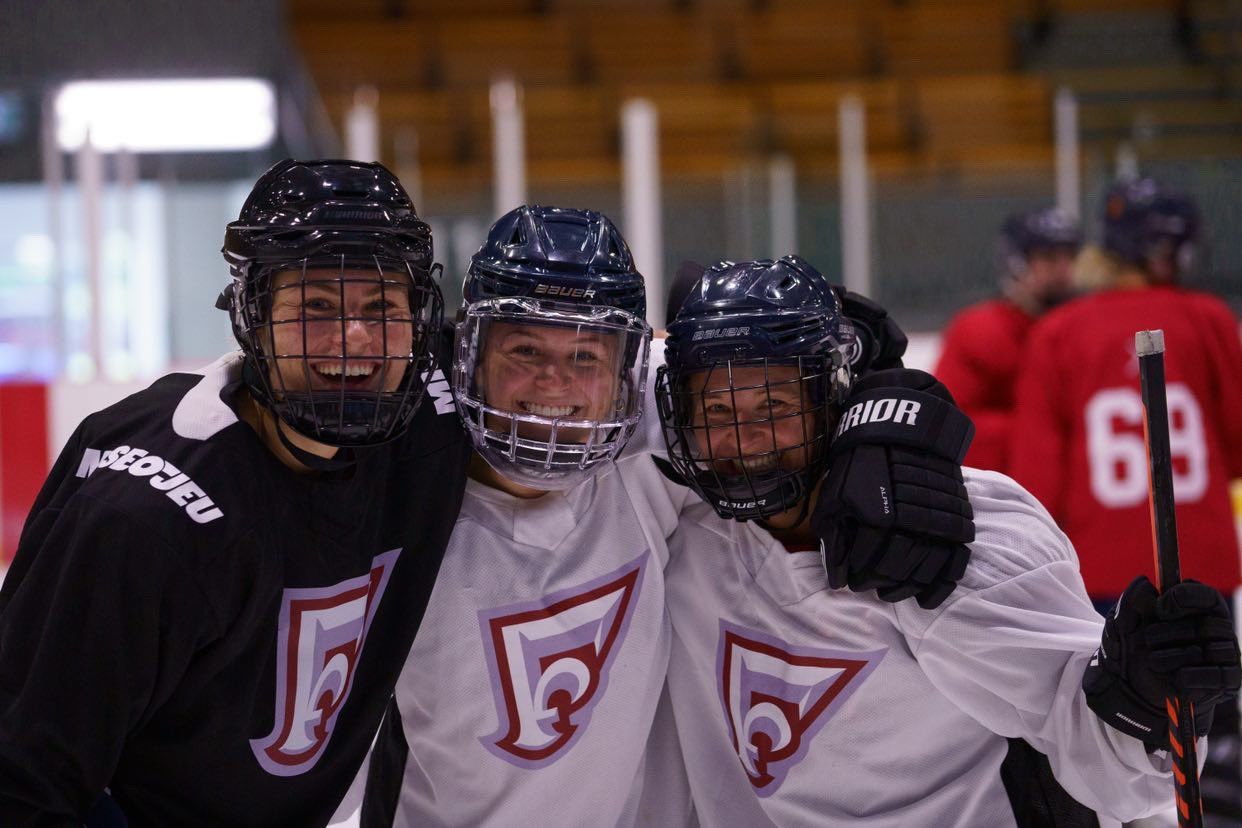 What to Watch: By and large, the Pride have maintained their core, with a lot of returning players. They've added some offensive powerhouses in Gabel, who had 12 points in nine PWHPA games last season, and Thunstrom, who registered 21 points in 20 games last season with the Whitecaps.

One aspect of the Pride's game to watch is their power play. Surprisingly, their power play was just six percent effective last season, worst in the PHF. It's not everything, but it is a big component of the game and something they're inevitably looking to improve this year.

Season Predictions: I'd anticipate the Pride to finish in the top half of the standings, so let's say third (maybe fourth) overall.

What to Watch: The Beauts have retained only a few players from last season's roster, so they are by & large an unrecognizable squad heading into the new year. Their biggest addition is that of Mikyla Grant-Mentis, one of the best players in the PHF, who returns to Buffalo after a productive season with the Toronto Six.

The Beauts finished at the bottom of the league last season, and they've made a handful of roster changes to try and improve. It's a mixed bag of tricks, as they've added some great pieces but lost significant others who played big roles.

Season Predictions: While Buffalo may have gotten better, other teams did, too – and I don't see this roster as strong enough to compete against squads like Montreal and Connecticut. The Beauts will finish sixth or seventh in the league.

What to Watch: Connecticut's strength last season was an all-around effort. Their goaltending was top-notch, but they also scored a lot, too. The Whale averaged 3.7 goals per game and had a league-best plus-30 goal differential. They've retained all their top scorers, too.

Over the past few years, the Whale have really been building themselves into a contender. They remain the only one of the Founding Four teams to not have won the Isobel Cup, but Colton Orr and his squad are continually improving and they have a lot of returning players. Could this be the year?

Season Predictions: With a strong returning core, the Whale certainly have the power to finish in the top two of the league. I'll say second overall in the regular season.

What to Watch: If the aforementioned Beauts are unrecognizable from last season, I'm not sure what that makes the Riveters. With a new team president, GM and head coach, the Riveters have wiped nearly all of their roster and are starting with a clean slate. Many of their additions have never played in the PHF, too, so it'll be interesting to see how they've built chemistry through practices and exhibitions and how the international players adjust to the North American style & ice.

Season Predictions: This one's hard. The Riveters are such a wildcard this season with such a revamped roster, but I'll put them middle of the road at fourth or fifth. I could certainly see them jumping up into third.

What to Watch: Losing two of their top three scorers will certainly provide a challenge for the Whitecaps. Overall, a lot of of their top producers are gone, but they seem to have compiled a fine roster of new players to fill in the gaps. Snodgrass, Morin and Brodt, along with Boulier, will be critical assets. Returning the goalie tandem of Leveille and Brenneman will help round things out.

What to Watch: This Montreal team is going to be fun to watch in its first season. Their roster is well-stacked with talent from all walks of life: the PWHPA, USports, overseas. One interesting player to me is Taylor Baker, who had 18 points in 17 games last season with MAC Budapest in the EWHL. The team's focus on analytics is also something we haven't seen prominently in the PHF yet; they've hired Alyssa Longmuir as a Senior Quantitative Analyst and Mikael Nahabedian as Director of Analytics.

The other thing to watch for the Force is their overall energy. They're essentially playing a barnstorming tour of Quebec. While they'll have the backing of the fans, it's a lot of travel and it's almost like they're playing the whole season on the road.

Season Predictions: Expectations and hopes are high for this Montreal team, and I'm no different. I anticipate a very strong team and wouldn't be surprised with a first-overall finish. (Note: we don't know the Isobel Cup playoff format yet, so it's hard to judge just where these teams land in that aspect.)

What to Watch: The Six have retained much of last season's roster, but still added a lot of new pieces, too. Losing Grant-Mentis is significant, particularly when it comes to the offense –  she was their leading scorer and also took a lot of face-offs. But adding Carly Jackson as a complement to Elaine Chuli instantly strengthens their goaltending. The real test will be seeing how their offense comes together in the absence of MGM and what their center depth looks like when put to the test.

Season Predictions: With how the other PHF teams have bolstered their rosters and seemingly improved over the offseason, I have the Six finishing fourth or fifth overall.