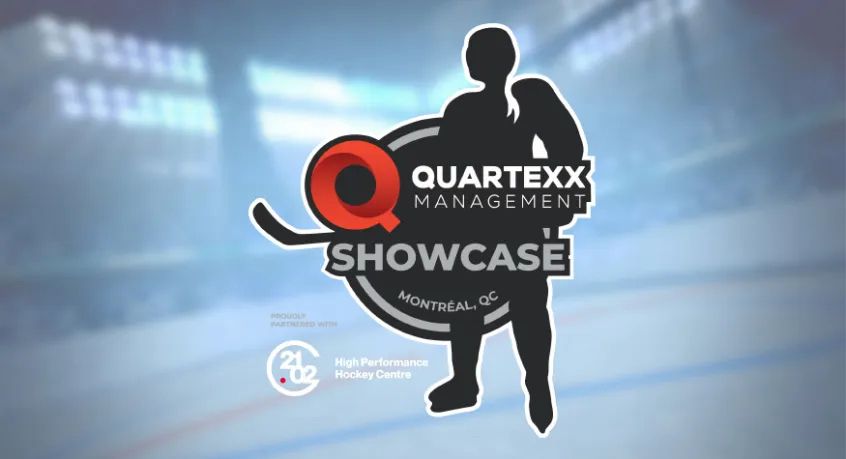 Of course confusion follows quick on the heels of this concise mission statement. A women's hockey league already exists in North America, the Professional Hockey Federation (PHF, formerly the NWHL). It includes all-star talent, and it pays its players. The hockey is excellent, and you should watch it (The Boston Pride won the Isobel Cup and became the first-ever back-to-back champs on Monday, March 28, so you’ll have to wait until next season to tune in.)

But the PWHPA's goal for a "viable, professional" league is somewhat at odds with the PHF's funding model, management structure, and salaries, which still do not offer a living wage. While the PHF salary cap is increasing to $750,000 next season, that would result in an average salary of just $37,500 for a 20-player minimum roster – provided that the team spends to the cap. Salaries for PHF players are typically not public, so it is impossible to know how much each team is spending on compensation. That's not to say that the PHF is bad. It's just to say that the PWHPA has a different mission for what they want their professional league to look like on day 1.

The PWHPA's mission was born out of the ashes of the CWHL. As Liz Knox and Karell Émard discussed on a recent episode of the PWHPA podcast The Knoxy and Kax Show, when CWHL players learned that the league was shutting down, they thought they were hopping on a conference call hear about expansion teams or other positive news. Players immediately started talking about what would come next. While some transferred to the NWHL (now PHF), many decided it was time to build something bigger, stronger, better-funded, and more methodically organized around player input.

Imagine the talent of Beyoncé, Lady Gaga, Billie Eilish, and Ariana Grande performing in small arenas with limited seating, and absolutely killing it. Imagine they all have to work 9-5 jobs before the concert, because ticket sales aren't enough to pay the bills. Imagine they have to carry their own gear into the venue, and do their own sound checks. That was the CWHL for a long time. The PWHPA set their sights on creating something better.

Players connected with Ballard Spahr, the legal team who'd helped the US Women's National Hockey Team win a labor dispute in 2017, and also represented the US Women's Soccer Team in its fight for equitable treatment. They formed a communication structure, including a nine-member player board that helps the group of close to 200 athletes share information and make decisions. They met with Billie Jean King, hired Operations Consultant Jayna Hefford and other staff, organized players into training hubs and started putting on weekend showcases. They have continued to do so throughout the pandemic (where local regulations would permit) and the Olympic cycle (when all-star players were otherwise occupied).

There's no new league yet, but it feels closer than ever. There's always momentum around Olympic tournaments, and recent showcases in NHL arenas could hint at possible teams (Arizona, Calgary, Chicago, New York, Ottawa, Philadelphia, Pittsburgh, St. Louis, Toronto, and Washington). The NHL, PHF, and PWHPA recently sat down in a widely leaked private meeting on March 24. The PWHPA has reportedly secured a financial commitment to operate a league for 8-10 years, in the multi-millions of dollars.

The final PWHPA showcase of the year happens April 2-3 in Montreal. There is no indication that an announcement is coming yet about a new league, or a unified league, or anything of that nature – but the women's hockey offseason promises to be interesting yet again.

Almost all of the Canadian and American national team players are members of the PWHPA, but the league is much more than a training ground for Olympians. Knox said on The Knoxy and Kax Show that advocating for a broad spectrum of players was part of the earliest conversations around forming a players association, and that support has only grown.

"In the beginning we were really concerned. We need to take care of our non-national team players. We need to make sure this is not just about the Olympians," she said.

Émard agreed. "I thought we would have to fight… But it was the first thing [the national team players] said was: We're nothing without you guys. We need [you] guys to play, and we need the pool to stay active."

The depth of talent in the PWHPA goes far beyond household names like Marie-Phillip Poulin and Hilary Knight – and that was particularly evident this season, when Olympic centralization took many of those stars off the PWHPA roster.

Team Sonnet (Toronto) has been an offensive powerhouse, peppering opposing goaltenders with dazzling chances and winning the Washington Showcase. Team Scotiabank (Calgary) has won the most showcases overall, showing impressive team discipline in many close games. Team Harvey's (Montreal) looked incredibly strong early in the season and won the Sonnet Showcase in Ottawa, but hasn't had as many opportunities to play due to pandemic restrictions; watch out for them this weekend on home turf. Team Bauer (Boston) and Team adidas (Minnesota) have suffered some late-game losses that have kept them at the bottom of the standings, but they always make things difficult for their opponents – particularly when they play each other.

Due to the history and geography of the PWHPA/PHF split, the American-based PWHPA teams have been historically weaker. But as in any league, all it takes is one hot goaltender to turn the standings upside down.

Defenders Brigette Lacquette and Laura Fortino, plus goaltender Genevieve Lacasse, all played for Canada in either 2014 or 2018. Noora Räty has been a goaltender for the Finnish national team since 2004 at the age of 15, and is still in her prime despite Coach Pasi Mustonen's decision to cut her from the 2022 Olympic roster due. Räty is also a PWHPA board member, and a ninja in net.

Annie Pankowski was one of the final cuts from both the 2014 and 2018 US Olympic teams, and won gold with the team at the 2018 Four Nations Cup. Sarah Potomak played for Canada at the 2015 Four Nations Cup alongside her younger sister Amy, and has been lighting up the PWHPA scoreboard. Victoria Bach was one of Team Canada's final cuts from the 2022 Canadian team, and there’s a good chance she'll be in the mix for future national teams. Forward Loren Gabel played for Team Canada in the Four Nations Cup in 2018. Sophia Shaver has been invited to Team USA tryouts for nearly a decade, and is always one of the last cuts. Brittany Howard played with Team Canada during the 2019 Rivalry Series and was two-time College Hockey America player of the year while at Robert Morris. Jess Jones made her mark on the Canadian U18 team and has been a top player in professional leagues in North America and Europe. She can also do this:

Kimberly Sass is a board member and goaltender in the PWHPA, an architect and a vocal advocate for women in STEM, in hockey, and in general. Alyssa Gagliardi played for Team USA at the Four Nations Cup in 2014 and 2015, and is a founding board member in the PWHPA. She's also employed by the Carolina Hurricanes as a girls' and women's hockey development specialist. Goaltender Liz Knox was Chair of the CWHL Players Association when it folded, and was a founding board member in the PWHPA. She stepped into an advisory role in September 2020 to make room for Sarah Nurse and improve diversity and representation on the board. Forward Karell Émard joined the PWHPA board in 2021, and also co-hosts the The Knoxy and Kax Show. Brittany Ott continues to be a strong advocate for her peers – during the 2017 USA wage dispute Ott was offered a replacement spot and refused, saying, "From a personal standpoint I have never been invited to a USA Hockey series or camp or anything like that and I would honestly love to be invited to something like that. However at the current time, this is a fight that I believe in and I'm definitely going to stand up and help fight as much as I can."

Playmaker and multi-sport athlete Bailey Coyne is the sister of PWHPA board member and three-time Olympian Kendall Coyne Schofield. Also playing for Team adidas in Minnesota is Allie Granato, whose aunt is Hockey Hall of Famer Cammi Granato.

There's an embarrassment of riches in the PWHPA roster, with plenty more players grinding it out in rinks across the continent just waiting for the opportunity to get paid to play. Whenever the curtains open on a new league, it’s guaranteed to be a heck of a show.

And there's a heck of a show this weekend in the PWHPA's return to Montreal for the Quartexx Showcase at Centre 21.02, the final stop of this season's Secret Dream Gap Tour. Games begin on April 2 at 2:00 PM Eastern with Team Bauer (Boston) facing off against Team adidas (Minnesota). Team Scotiabank (Calgary) and Team Harvey's (Montreal) meet at 5:00 PM. The losers of these games face each other for the consolation match at 12:30 PM on April 3, followed by the championship tilt for the winners at 3:30 PM. The showcase will be streamed live on the PWHPA's YouTube channel.

With Team Harvey's hosting a PWHPA showcase on home ice for the first time, they have a chance to bounce back strong from their 4-1 loss to Team Sonnet (Toronto) in a regional game in Peterborough, Ontario, hosted by the OHL's Peterborough Petes, on March 26. Look for clutch scoring from players like Ann-Sophie Bettez and Kim Deschênes. At NHL.com, Marc Dumont looked back fondly on the legacy of awesome and fun women's hockey in Montreal back in the CWHL days, with Les Canadiennes de Montréal, formerly known as the Montreal Stars. It's true that even when the Stars were playing in unassuming, small rinks, the stands were always packed with locals who were excited as hell about women's hockey. It should be an exciting and bittersweet return – and a preview of what's to come.