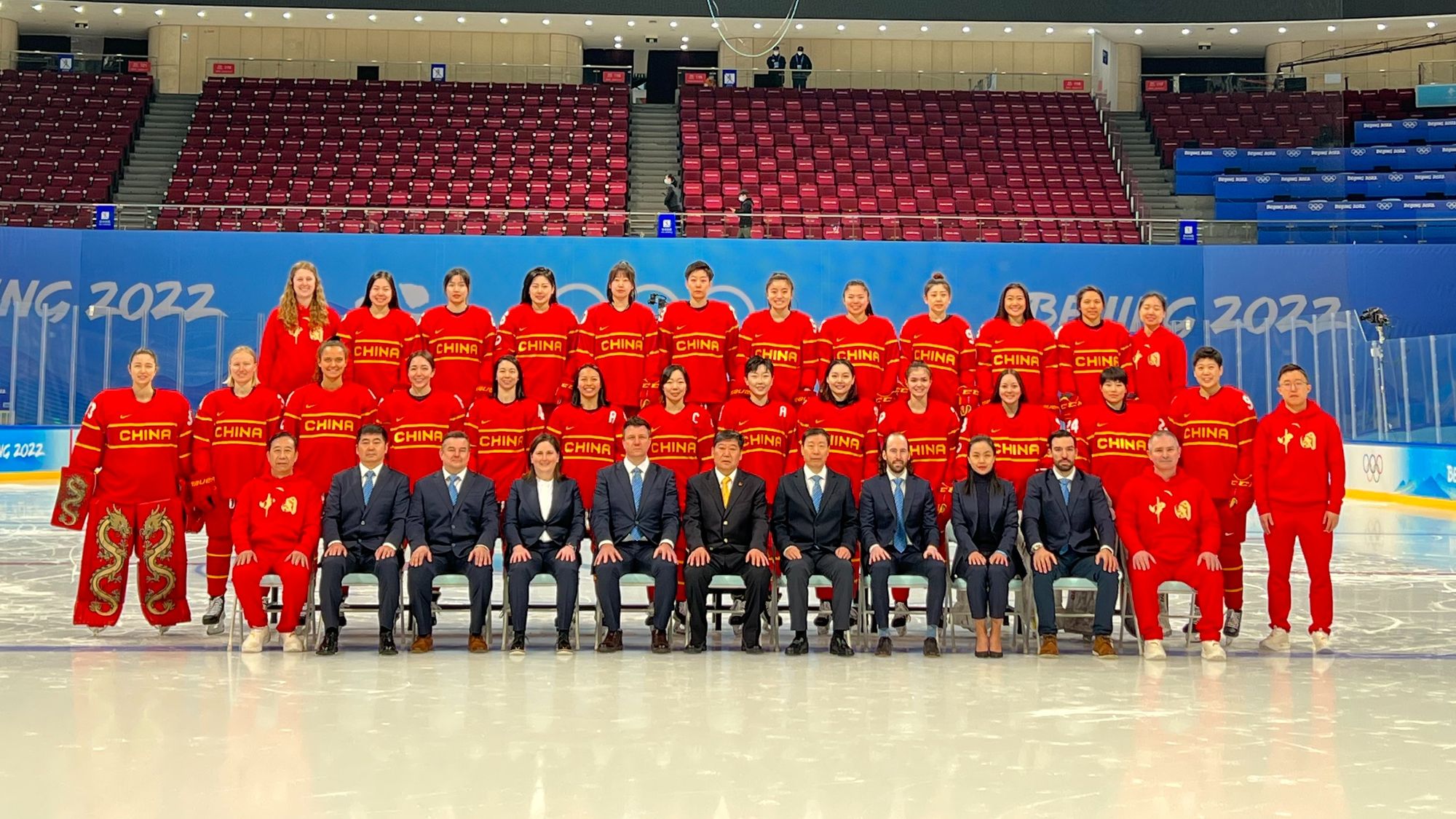 China last appeared in women's hockey at the Olympic level in Vancouver in 2010, finishing 7th. They previously competed in 1998 in Nagano, finishing 4th, and in 2002 in Salt Lake City, finishing 7th.

On the IIHF side, Team China last qualified for the top division Women's Worlds tournament in 2009, after which they were relegated to a lower division. More recently they have been playing in Division IB and they last finished 4th overall in that division (2019). China also hosted the tournament in Beijing that year. They are currently ranked 20th in the world in the IIHF rankings.

Back in 2018, I wrote about how China had basically handed over their national women's development program to the KHL and CWHL in an effort to quickly ice a competitive team for the 2022 Beijing Olympics. China has since accumulated a roster of really skilled and interesting players to represent them at these Olympics thanks to their foresight. Many North American players moved to China to join the Kunlun Red Star team and establish residency so they could obtain citizenship and compete for China by 2022. While the CWHL connection didn't pan out long-term due to the league folding, the KHL/ZhHL connection certainly did. Almost all of these players have been together with the Shenzhen KRS Vanke Rays competing in the Zhenskaya Hockey League for the last few years.

Brian Idalski. Idalski was the long-time head coach of the University of North Dakota women's hockey team before the program was unceremoniously discontinued in 2017. His all-time NCAA coaching record is 277-177-50. Since 2019 he has been the head coach of the Vanke Rays. He coached them to their 2020 ZhHL championship, and a loss in the league championship the following year.

The trio of goaltenders available to China is incredibly strong, and they'll need to be considering the caliber of offense they are up against. Former Princeton Tiger Kimberly Newell has been putting up gaudy numbers with the Vanke Rays since 2018, but UConn's Tia Chan at just 19 has been her equal this season in net. Both sport 0.94 save percentages, and I expect there will be healthy competition among the two netminders for Olympic starts in Beijing which should be really exciting to watch.

28-year-old Liu Zhixin is a veteran on the blueline. She was a member of the 2010 Olympic team at just 16 years old the last time China competed at this level. She's solid on the back end and can create offense for her teammates from all over the ice. I'm especially interested to see how she performs, as I think China's blueline might be easily underestimated by opponents. Between her, and 33-year-old team captain Yu Baiwei, there's a ton of experience at D that could push China over the edge in close games.

Kassy Betinol joined this team from Minnesota Duluth last year and has begun to find her feet offensively in the ZhHL. She leads her team in scoring with 10 goals and 11 assists. Right behind her though is Rachel Llanes, who is probably one of the toughest operators in the blue paint in women's hockey. If China needs to get dirty goals, I suspect Llanes will be part of them.

It's hard to make a prediction about this team because it's such a special circumstance. This is essentially a handpicked roster that has been training together for several years specifically for this moment, though they have been competing in a very different environment in the ZhHL. This could be a very competitive team in Group B and beyond, but we really won't know how they match up against any other team on the schedule until it actually happens.

This China roster has a neat mix of speed and physicality and should be able to easily capitalize on defensive lapses against Group B opponents. They have a clear shot at the quarterfinals, maybe even the semifinals if they play their cards right.

On February 2, Team China released the names that each player will go by on the roster, in statistics, and on broadcasts if their legal name is not Chinese.