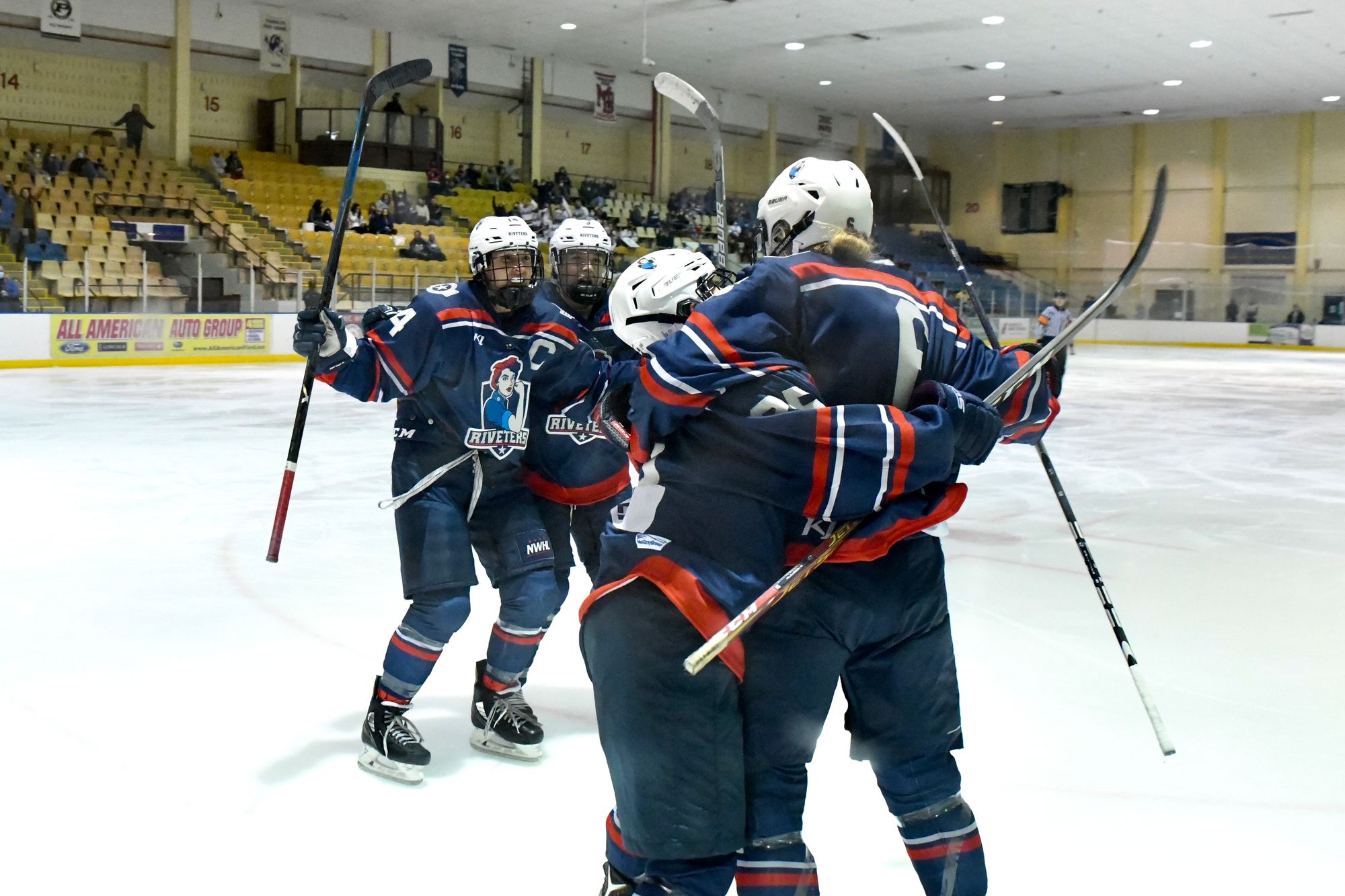 The Premier Hockey Federation kicked off its seventh season this past weekend, with all six teams in action across New York, New Jersey, and Massachusetts. The defending Isobel Cup champions, the Boston Pride, opened the season with a pair of victories over the Minnesota Whitecaps. Elsewhere, the Connecticut Whale and Metropolitan Riveters split their weekend, while the Toronto Six defeated the Buffalo Beauts.

To absolutely no one's surprise, the Pride started the season with a pair of wins, sweeping their weekend series over the Whitecaps in a rematch of the Isobel Cup Final.

On Saturday night, the Pride took a commanding 4-0 lead into the third period and managed to withstand a barrage of Minnesota goals, holding on for an eventual 6-4 lead. The teams combined for a whopping six goals in the final frame.

Taylor Wenczkowski put Boston up 1-0 just over five miunutes in with a power-play goal off a fantastic pass from Kayla Friesen, before captain Jillian Dempsey doubled the lead late in the first with a tip in front off a feed from Sammy Davis. McKenna Brand and Meghara McManus tallied in the second period, which should have set up the Pride for a simple twenty minutes to win.

Minnesota's attempt at a comeback started with former Pride Taylor Turnquist's tally just under four minutes into the period. Friesen regained Boston's four-goal lead less than 40 seconds later, and the game continued in the Pride's favor. Evelina Raselli also scored, putting Boston up by five with about 8:31 to play.

Allie Thunstrom would score twice, including a shorthanded tally, and former Pride player Lexie Laing also scored (tipping in a Thunstrom shot, no less), but Boston held on for their second win of the weekend.

Sunday's game was much quieter. While Leveille returned in net for Minnesota, Katie Burt suited up in goal for Boston. Brand scored the lone goal in a 1-0 win, a shorthanded tally early in the second period, and Burt had a 27-save shutout.

Leveille had a combined 63 saves over the course of the weekend.

The Whale and Riveters split their series, with Metro capturing a 4-1 win Saturday before Connecticut took a 6-5 decision in a back-and-forth tilt Sunday.

Alyssa Wohlfeiler opened the scoring for Connecticut early in Saturday's game, scoring just five minutes in after getting around a Riveters defender in front. Unfortunately for the Whale, that was the only offense they produced over the 60 minutes.

Once Emily Janiga tied the game midway through the first period on a deflection, the Riveters took charge and added three more goals, including an empty-netter, to snag the victory. Both teams registered 21 shots each, and there were a combined 26 penalty minutes.

Abbie Ives looked shaky at times and made 17 saves. Kennedy Marchment accounted for six of the Whale's 21 shots. Sonjia Shelly made 20 saves.

Emily Fluke was ejected from Saturday's game after appearing to punch Kelly Babstock in the face following a hit. As a result (the PHF largely follows NCAA rules), she was forced to sit out Sunday's rematch – which was a very different game from the first one.

On Sunday, the Riveters got the jump early on a goal from Nora Maclaine, then doubled and tripled their lead with tallies from Kendall Cornine and Madison Packer. More than halfway through the game, Metro was comfortably holding a 3-0 lead.

Connecticut had something to say about that, though, scoring three goals in a span of 4:17 to end the second period. Amanda Conway, Taylor Marchin, and Wohlfeiler scored in rapid succession, and the teams skated off tied at three after forty minutes of play. Wohlfeiler's goal was particularly flashy, as she was being chased by three Metro players but still managed to get the shot off and score.

"We had a lapse in our focus," said Riveters head coach Ivo Mocek after the game. "We got a little too comfortable in the second period today, and you saw the result."

Wohlfeiler scored her third of the weekend just 24 seconds into the third period, and insurance goals from Emma Vlasic and Taylor Girard put the Whale in a 6-3 position with under 15 minutes to play. To their credit, the Riveters did everything they could to rally, with Janiga and Haley Frade scoring, but couldn't find the sixth goal to tie it.

All eleven goals scored came at even-strength, with Metro and Connecticut going a combined 0/10 on the power play. The Whale had also failed to capitalize on six power-play opportunities in Saturday's game, while the Riveters went 1-for-7.

Mariah Fujimagari stopped 22 shots faced, while Shelly returned in net and made 14 saves. The Riveters swapped her out for Brooke Wolejko for the final minutes of play.

"We wanted to be 2-0 after the opening weekend, but being 1-1 after playing good hockey for five periods out of the six this weekend, we'll take it," Mocek said.

The importance of playing a full 60 minutes isn't lost on the Beauts, but they failed to do just that in a 4-3 loss to the Six. Buffalo struggled to maintain possession through the opening forty minutes and had numerous giveaways, but were lucky enough to scrounge together a few goals. A literal last-minute effort from Michela Cava gave Toronto the win.

It was a penalty-filled affair, with the Beauts handed six minors over the course of the game. Just 12 seconds into their first advantage, the Six scored to take a 1-0 lead. The game-winning goal by Cava also came on the power play.

Missy Segall scored her first PHF goal late in the first, but Buffalo was outshot 12-3 in the opening twenty minutes, a further indicator of their lackluster play. Leah Marino and Lindsay Eastwood added goals in the second period, and the Beauts faltered on a lengthy 5-on-3 chance, as Toronto continued to outwork them.

Autumn MacDougall added a shorthanded goal early in the third period, and Taylor Acccursi came in clutch to tie it at three with under 12 minutes to play. A stronger third-period effort by Buffalo was squashed when they were served a body-checking penalty late; Cava, who looked dangerous all night, finally found the back of the net to give Toronto the late victory.

Elaine Chuli recorded 17 saves in the win – 15 of which came in the final 40 minutes of play as the Beauts found their legs – while Carly Jackson had 26 saves.

Buffalo and Toronto will finish their series in the 716 down the road with the outdoor Buffalo Believes Classic at RiverWorks in February; the next two games they play against each other will be on Toronto's home ice in January.

The Beauts, Six, Whitecaps, and Riveters are off until the weekend of November 20.