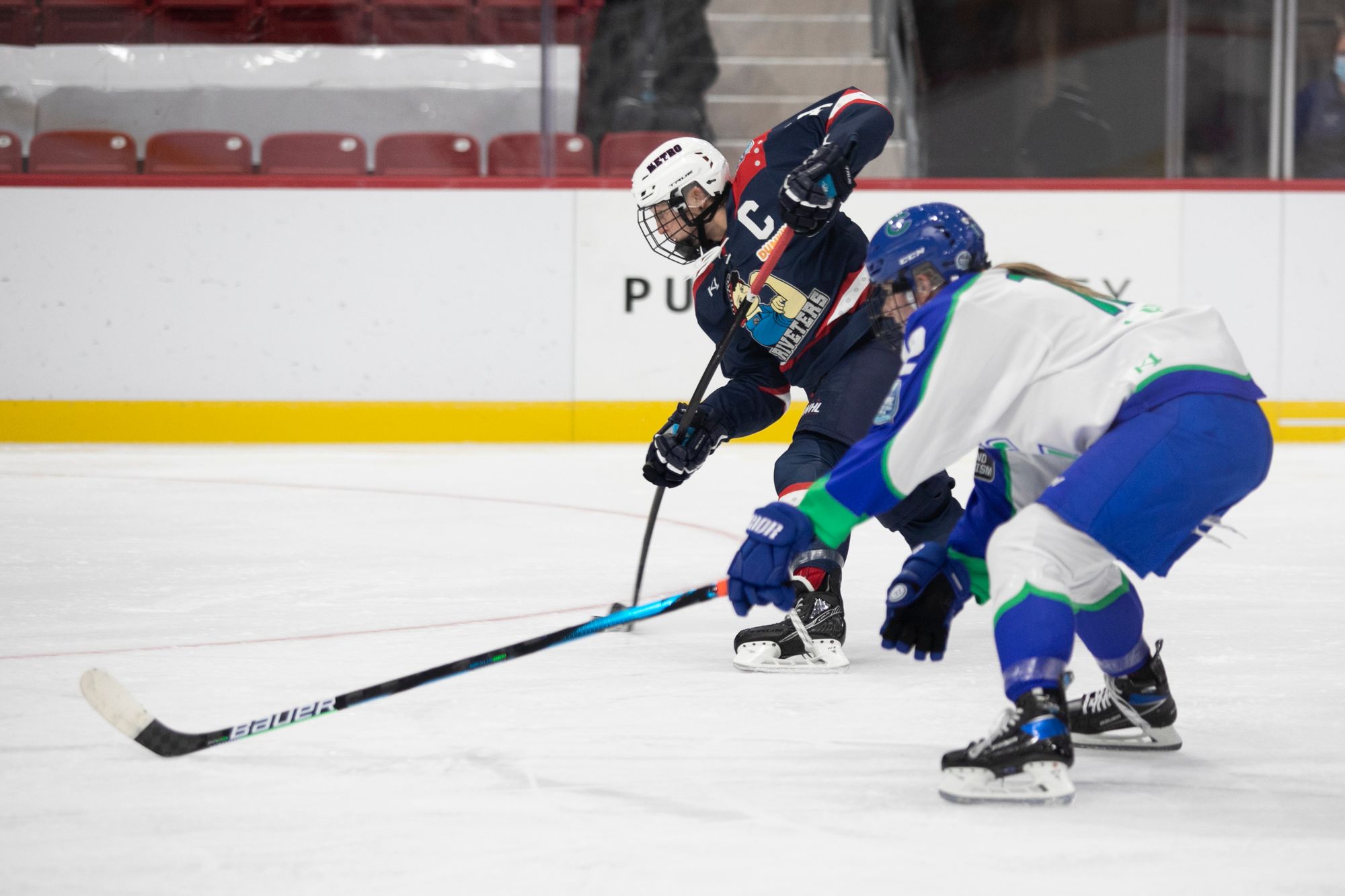 The Premier Hockey Federation (previously NWHL) kicks off its 2021-22 season this weekend, with all six teams in action for at least one game. Fans in the United States can watch games on ESPN+/Hulu ($). International streaming has yet to be announced, but it is believed at least some games will stream via Twitch.

The Whale saw their time in Lake Placid come to an end with four games played (2 wins, 2 losses). They did not make it to the playoffs, and their special teams were not exactly high-caliber during the short regular season: only 9% effective on the power-play, and 77% effective on the penalty kill.

The Whale are perhaps the most intriguing team heading into the upcoming PHF season. The unexpected return of Shannon Doyle-Turner is huge for Connecticut's blueline. Her veteran presence is key both on- and off-ice, and her talent and skill are undeniable. An original NWHLer, Doyle-Turner's emotion at the end of Lake Placid – previously believed to be her retirement from pro hockey –  was clear. It's great to see her back for another season and another chance at finally getting the Isobel Cup.

Rebecca Morse will make an incredible addition to that defense, too. Up front, there are a handful of key returners like Alyssa Wohlfeiler, who put up five points in Lake Placid, and Emma Vlasic. Snagging Emily Fluke back is a great move for the Whale, and adding Cailey Hutchison is an underrated signing that could pay off big.

From what we've seen over the past few years, Colton Orr has started bringing together a Connecticut team that's a big difference from the Whale of the then-NWHL's early years. For a few seasons, they were almost always the team at the bottom of the standings. Slowly but surely, they seem to be building something special there.

Honestly... not a whole lot. The Riveters never really got the chance at much of anything last season before a COVID-19 outbreak in Lake Placid caused them to leave early. They played only three games and won two of them, but having not played in a meaningful game for over a year and a half, and with some significant roster turnover, it wouldn't be fair to look at last season as any sort of indicator of this year's team.

Losing Kate Leary, Cailey Hutchison, and Rebecca Morse is undoubtedly a significant blow to the Riveters' core, but the team still has some of its core members. Kendall Cornine, who put up 24 points in as many games in the 2019-20 season, returns, and so too does Leila Kilduff, who will be charged to lead the blueline after averaging a point per game in Lake Placid.

Adding Brooke Wolejko will be a good supplement to their goaltending situation; she recorded .914 and .833 save percentages in her two seasons with the Whale.

Signing three defenders from other teams makes up a unique composition for a blue line, and adding Romana Košecká for her first season in North America is a fantastic presence upfront. This team has picked up several interesting pieces over the offseason, making them an especially intriguing squad to watch.

Another piece of the puzzle is, of course, the coaching staff. It's nice to see the Riveters with some consistency in this area, as Ivo Mocek returns for his third season behind the bench. I don't think anyone's forgotten the disaster that was the Riveters under Randy Velischek, but it's well in the past now and Mocek seems well-equipped to lead his team.