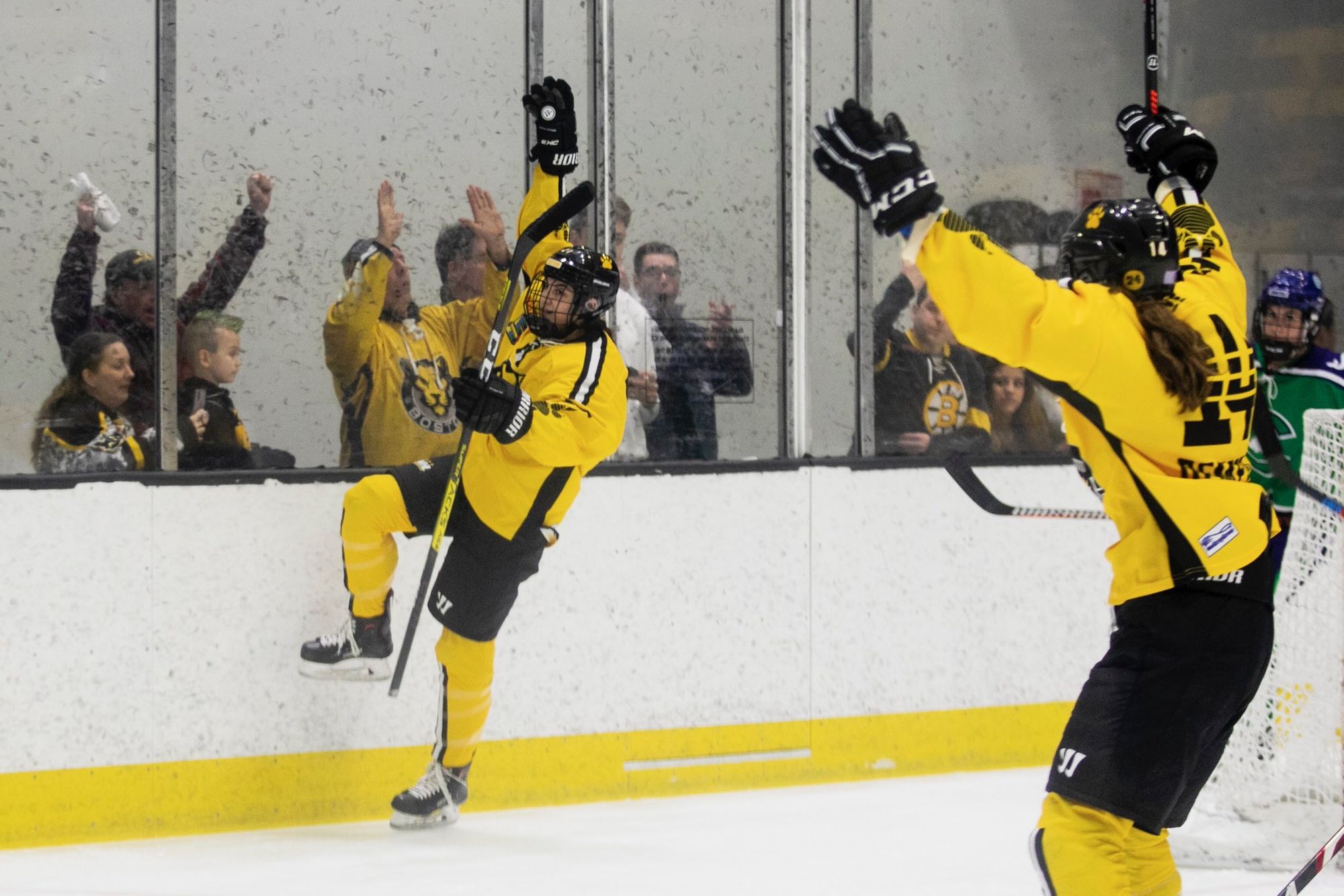 Throughout the five seasons thus far of the NWHL, one thing has remained fairly constant: the dominance of the Boston Pride. This season was no different, as the Pride lost just once through the 24-game regular season and were (are?) poised to compete for the Isobel Cup for the third time in franchise history.

If the NWHL is able to eventually complete its season with this year's Final, either the Pride or the Minnesota Whitecaps will become the first two-time champion in the league's history.

The Pride's dominance this season came in spite of a major roster turnover. Boston lost two of their top three scorers, including their top defensive scorer in Gigi Marvin. They also lost all three goalies, including Katie Burt (and her 2.14 GAA) and original Pride player Brittany Ott.

Only a small core group of players returned to Boston this season, including captain Jillian Dempsey, original NWHLer Kaleigh Fratkin, and offensive powerhouse McKenna Brand. Dempsey led the team this season with 40 points, while Brand more than doubled her output from the previous season, with 36 points this year.

A significant number of open roster spots allowed for the introduction of players like Christina Putigna, Victoria Hanson, and Lovisa Selander. Selander, one of the most important players for the Pride this season, recorded a 1.71 GAA and .941 save percentage as she went 17-1. Hanson was a suitable backup goaltender. Forward Putigna was third on the team in scoring with 29 points.

The Pride opened the season on the road, kicking things off with a 4-2 win over the Riveters. They then played an astounding nine straight home games at Warrior Ice Arena – and won all nine. While a few games were close in score, there were some barnburners, including an 8-1 win over the Beauts in just the third game of the season.

The Pride also put up seven goals against the Riveters in late October, then shut out the Whale 8-0 in November. They'd once again put eight goals on the board in a decisive win over the Riveters in early December.

The dominance continued until January 25, when Boston suffered its lone loss of the regular season in a 4-3 defeat to the Whitecaps. Whether home or away, the Pride powered through every other team in the NWHL, and finished the regular season off with a four-game winning streak, mostly on the road.

Their regular season record saw them outscore their opponents by a 120-43 margin, and all of this put them in a good position heading into the Isobel Cup Playoffs. When the Pride hosted the last-place Whale in the semifinal, everyone expected Boston to do what they do best: win.

That is, of course, exactly what they did. Fratkin recorded three points, while Putigna, Dempsey, Emily Fluke and Jordan Juron also scored in the 5-1 victory. Selander allowed one goal on 30 shots faced, sending the Pride to the Isobel Cup Final once again.

↑ Pretty much everything went right for the Pride this season, as they finished the season 23-1-0 with a league-high 46 points, a league-high 120 goals-for and a plus-77 goal differential. Honestly, with that kind of record, it's difficult to find any "lows" to their season...

↓ Their lone loss of the season came against the Whitecaps on January 25, but even that was a one-goal decision in a closely-battled game. The Pride were undefeated on home ice this season.

↑ To no surprise, the Pride had the best special teams in the NWHL. They were successfully on 23 percent of their power plays, while they killed off 90 percent of their penalties. They also led the league with an average of 5.0 goals-for per game.

Although they technically haven't finished the 2019-20 season yet, the Pride are already gearing up well for another Isobel Cup run in 2021. The organization re-signed head coach Paul Mara and general manager Karilyn Pilch to multi-year contracts. Dempsey, Fratkin, Brand and Putigna have all signed for the upcoming season.

The Pride traded up in the draft to get the first-overall selection, which they used to sign BU standout Sammy Davis. They've already signed her to a contract for next season, and it's expected that they'll sign other draft picks as well.

It's also expected that the Pride will once again return to Warrior Ice Arena, as an email sent out by the league promoting season tickets indicates that they'll be playing their home games there in the upcoming season.

In the midst of signing draft picks and free agency, the Pride from this past season also still have some unfinished business to take care of. We don't know when the Isobel Cup Final will be able to be played, given the current state of the world during the COVID-19 pandemic, and even when it is played, it's possible that not every player will be able to participate.

At any rate, the Pride (and the Whitecaps) are in an odd situation where they're both preparing for next season, and possibly preparing to finish this season at some unknown date in the future, at the same time. Aside from prepping for another eventual Isobel Cup Final, the Pride should focus on signing more players for next season, including key goaltender Lovisa Selander, who was such a critical piece of their success this season.