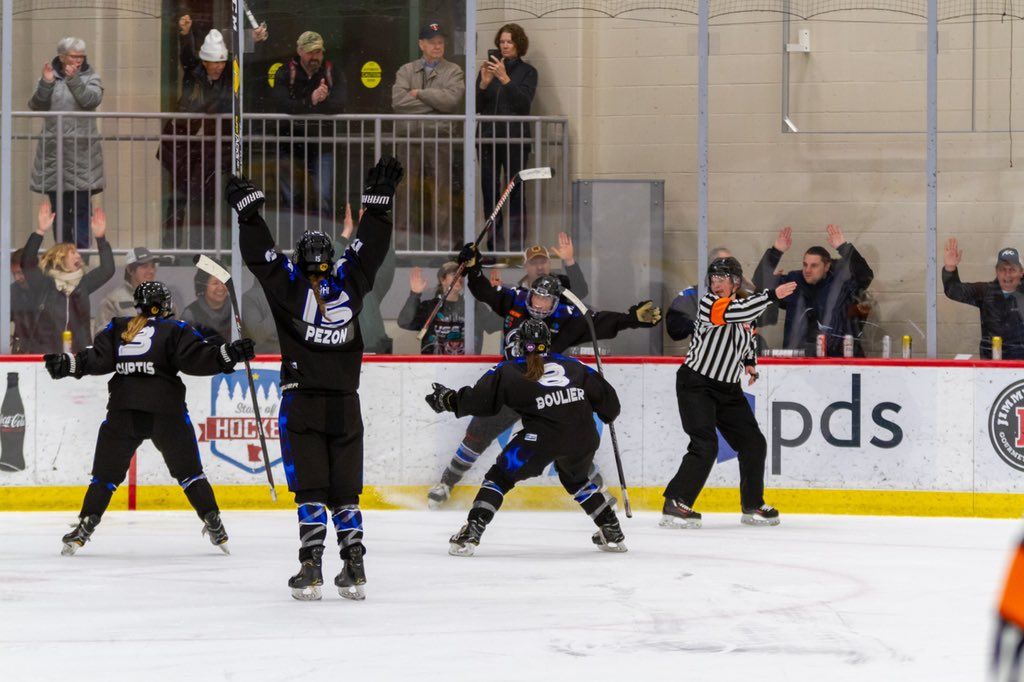 The NWHL's Minnesota Whitecaps remain the reigning Isobel Cup champions, having won the title following their first season in the league (2018-19). As the defending champs, expectations for Minnesota were high entering the season.

Although the Whitecaps season doesn't really have a conclusion – with the postponement of the Isobel Cup Final due to the COVID-19 pandemic – the Whitecaps certainly met expectations. They finished the regular season 17-5-2 for 36 points.

Like all of the NWHL teams, the Whitecaps saw some turnover in their roster between this season and last, but they did retain several significant players. Jonna Curtis, the team's leading scorer, returned for a 36-point regular season after putting up 19 points the previous year. Allie Thunstrom tripled her output, from a 12 points last year to 36 this season. These offensive threats were critical to the Whitecaps' production and success.

Thunstrom and Curtis were both tied for second in the league in scoring, while Thunstrom led the NWHL in goals. Curtis and defender Amanda Boulier were near the top of the league in assists. Thunstrom and Meghan Lorence each recorded two shorthanded goals, while she and Haylea Schmid each tallied three game-winning goals.

Amanda Leveille returned and took over the starting goaltending spot full-time. She went 16-5-0-2 with a 2.08 GAA and .935 save percentage, all slightly better than her previous season with Minnesota and second-best in the league in all three categories, behind only Boston's Lovisa Selander.

Minnesota did lose some players from the 2018-19 season: Kendall Coyne Schofield, Katie McGovern, Hannah Brandt, Kate Schipper, Lee Stecklein – all big names, all gone. With the departures came some arrivals: Nicole Schammel, who recorded 25 points; Lorence and Meaghan Pezon, who each recorded 21 points; and Audra Richards, who played with the Riveters in the 2018-19 season. In her first season with the Whitecaps, Richards recorded 20 points, including 11 assists.

Although parts of their roster changed, one point where the Whitecaps saw some consistency was behind the bench. Co-head coaches Jack Brodt and Ronda Curtin Engelhardt returned from the previous season, alongside assistant coach Laura Slominski.

The Whitecaps took a few games into the season to find their groove, but once they did, they were red-hot. They started off with a split against the Riveters, capturing a decisive 9-2 win before falling narrowly 4-3 the next afternoon. After a pair of losses to the Pride, Minnesota won three in a row and outscored their opponents 15-7.

They then lost only four games the rest of the season, with two five-game winning streaks toward the end of the season. It was a narrow overtime win that sent them to the Isobel Cup Final, as the Whitecaps beat the Riveters by a score of 1-0 in the semifinal. A goal from Allie Thunstrom, combined with a 28-save performance by Amanda Leveille, made the difference in extra time.

Throughout the regular season, they shut out the Whale twice and the Riveters once. In addition, while some of the Whitecaps' wins were by one- or two-goal margins, they also had some high-scoring games where they produced as many as nine goals.

Overall, the Whitecaps won all eight of their matchups against the Whale, and five of six against the Beauts. They split their season series with the Riveters and went 1-3 against the Pride.

Home ice at TRIA Rink was pretty kind to the Whitecaps, as they went 10-3 at home. Of course, they also had success on the road, as they went 8-4.

↑ The Whitecaps' offensive output improved significantly this season, undoubtedly due in part to changes in the quality of their competition. After scoring an average of 3.3 goals per game in the 2018-19 season, the Whitecaps scored an average of 4.4 goals per game this season. They also had the second-best goal differential in the league (plus-54).

↓ Despite their best efforts, the Whitecaps couldn't finish the season at the top like they did in the 2018-19 season. They weren't terribly far behind the Pride (10 points back), but obviously once you've been at the top of the league, you want to be there again.

↑ The Whitecaps were a disciplined team this season, with just 170 penalty minutes. That's significantly fewer than teams like the Riveters (299) or Beauts (315), who spent much more time on the penalty kill.

Regardless of what happens with the 2020 Isobel Cup Final, the Whitecaps will look to continue their success going forward. They've finished at or near the top of the league in both of their seasons in the NWHL so far, but nothing can compare to winning the Isobel Cup in their inaugural season in the league.

As of May 5, the Whitecaps have just one player signed for the 2020-21 season: Allie Thunstrom. Granted, she's a pretty good player to have, and a strong offensive threat to the rest of the NWHL, but one player does not a team make.

Things to consider in the next few months for the Whitecaps: